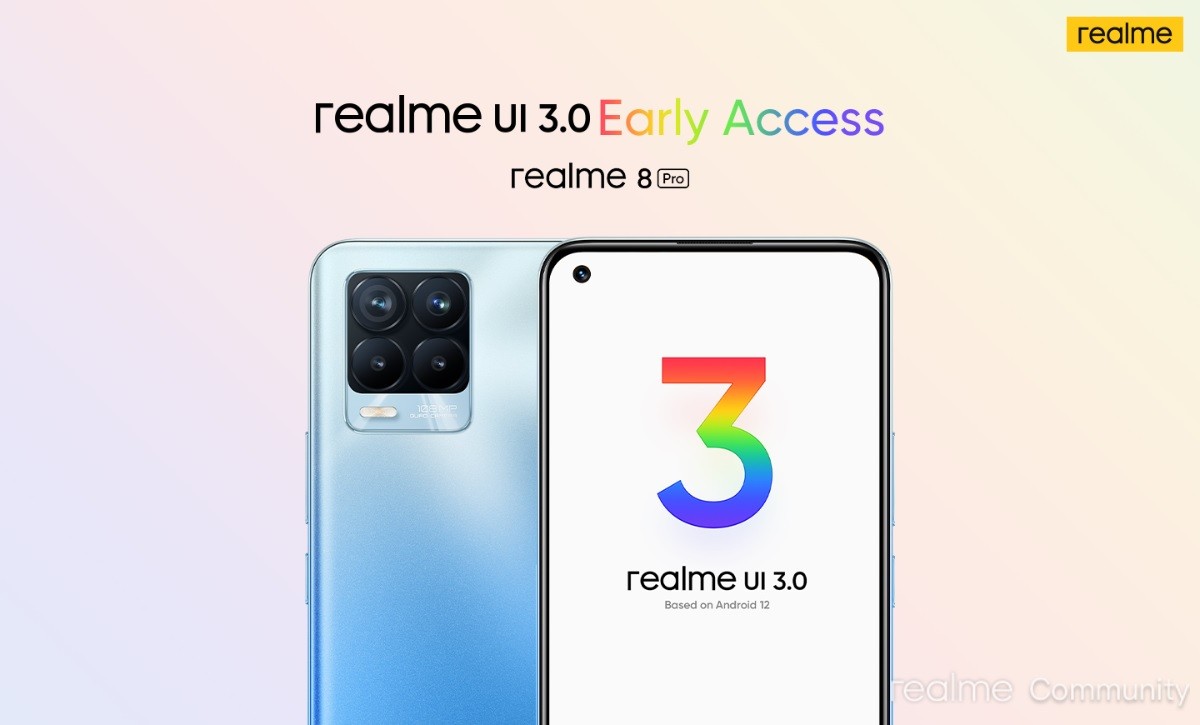 After starting the Realme UI 3.0 Early Access program for a bunch of its smartphones, Realme has announced the Realme 8 Pro Realme UI 3.0 update will be available in India via the Early Access program. The company has already released the update to the Realme X7 Max, Realme GT Neo 2, and Realme GT (Review) a few days ago. Now, Realme 8 Pro users can enjoy the latest features introduced with the brand’s latest in-house custom Android version.

The Realme UI Early Access program is the company’s way of rolling out software updates to users who are willing to beta-test the software. This allows users to experience the latest software features before most people can. However, this also means that the Early Access Realme UI builds are less stable compared to the stable builds and they might contain bugs and glitches. Beta updates could potentially affect the device performance and stability.

Realme 8 Pro users in India who are running build version RMX3081_11.C.09 are eligible to enrol for the Realme UI 3.0 Early Access program. To enrol, a user has to head over to Settings > Software Update > Tap on the Settings Icon in the top right corner > Trial Version > Submit your details to apply for Realme 8 Pro Android 12-based Realme UI 3.0 Early Access Program.

The Realme UI 3.0 Beta update for the Realme 8 Pro might be buggy and users might experience performance and battery life issues. Some developers may not yet have adapted to Android 12, which means some apps might not misbehave.

Realme advises users to backup their personal and sensitive data and keep their phones charged to at least 60% before installing the Realme UI 3.0 Early Access build. Plus, it is advised to ensure that their device has at least 10GB of available storage.