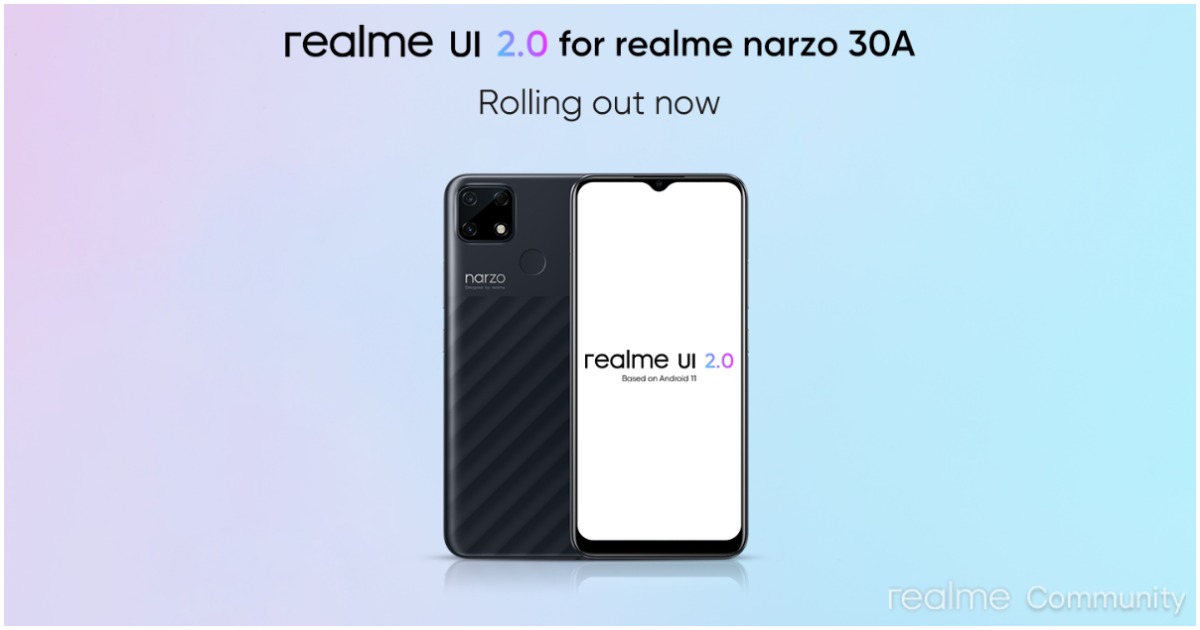 Realme has announced via its official forum that the Realme Narzo 30A Android 11 update has been released and it carries firmware version RMX3171_11.C.03. As mentioned above, the Realme UI 2.0 update is based on Android 11. It brings refreshed UI design, chat bubbles, three Dark Mode styles (Enhanced, Medium, and Gentle), new camera features, one-time permissions, and the Sleep Capsule feature (via Realme Lab) that lets you restrict your phone use for better rest and sleep.

If you want to update your Realme Narzo 30A to the Android 11 version, make sure that your smartphone is running firmware version RMX3171_11.A.19 or RMX3171_A.17. Initially, Realme is rolling out this new software update to a limited number of users. We should see a wide rollout of the Android 11 update for Realme Narzo 30A when Realme makes sure that the new build has no critical bugs.

Personalise the user interface to make it your own

• You can now remove a folder or combine it with another one.

Emergency info: You can quickly display your personal emergency info to first responders. The information can be shown even when your screen is locked.

Do let us know if you have received the Android 11 update on your Realme Narzro 30A.