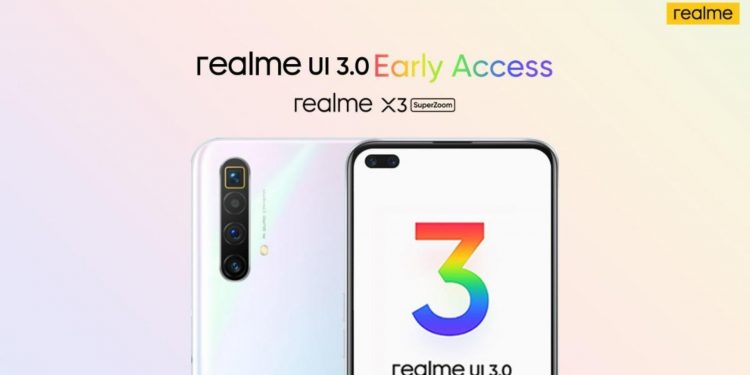 Realme X3 and Realme X3 SuperZoom users running firmware versions RMX2081_11.C.12 / RMX2081_11.C.13 and RMX2085_11.C.12 / RMX2085_11.C.13 respectively are eligible to apply for the program. If you own a Realme X3 series device and it is updated to the required version, you can head over to Settings → Software Update → Tap on the Settings Icon in the top right corner of the screen → Trial Version → Apply Now to apply for the program.

Realme X3 series users applying for the program must ensure that they have atleast 10GB of free storage available on their device. The company is also advising applicants to take a backup of their data before they proceed with the installation. Also, before installation, there should be at least 60 percent of charge left on the device. Additionally, the smartphone must be unrooted as Realme won’t allow installation of Realme UI 3.0 on rooted devices.

Readers must also note that this is an Early Access update, so it might contain bugs which might affect day to day performance and battery backup. So, we would advise our readers to not install the update on their primary smartphone. Although users will have an option to downgrade to Realme UI 2.0, it would require a clean flash.