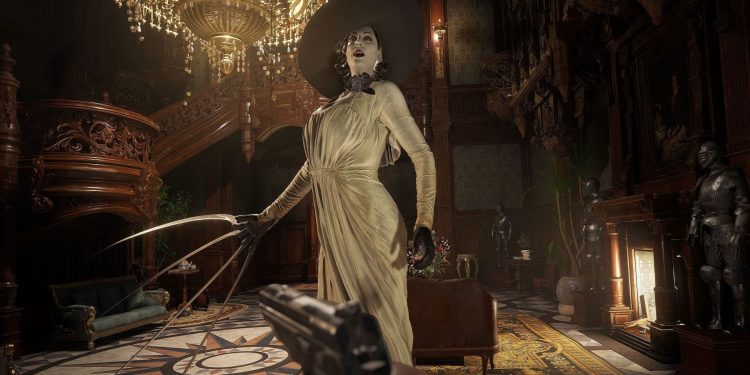 Apple had announced at WWDC 2022 that macOS will see an increased focus on gaming with the new Meta 3 API coming to macOS Ventura. One of the games that the company had showcased during the event is now finally available to play on Macs. This is the popular Resident Evil Village title that is now available for Macs for the first time.

Resident Evil Village is part of a a popular survival horror game franchise where the main character is out in search of his kidnapped daughter and comes across spooky happenings in a village. The gameplay features a host of action with enemies like werewolves, gargoyles, and other monsters.

Resident Evil Village is the eighth installment in the franchise and is considered a AAA title, developed for the PlayStation 5 and the Xbox Series X, along with Windows PC. Apple said that such graphic intensive games can now run smoothly on macOS thanks to the new Metal 3 graphics API and its MetalFX upscaling technology in the Apple Silicon chips.

“The incredibly atmospheric visuals. From a towering gothic castle to a sprawling, decrepit factory, each location is packed with jaw-dropping detail and a delicious sense of dread. And while you’re being hunted by Lady Dimitrescu—a 7-foot-tall vampire with giant claws—you can make Village’s visuals as fluid as they are frightening by enabling Metal 3’s MetalFX upscaling feature. Who knew terror could look so good?” Apple said in a blog post.

The game runs on Macs that run on Apple M1 chip and later, which means Intel-based Macs won’t be able to run the game. The game is available on the Mac App Store for $39.99 (roughly ₹3,290) and will also get the new Winters Expansion DLC soon.