Samsung Galaxy A04 Core Renders Surfaces Ahead Of Launch 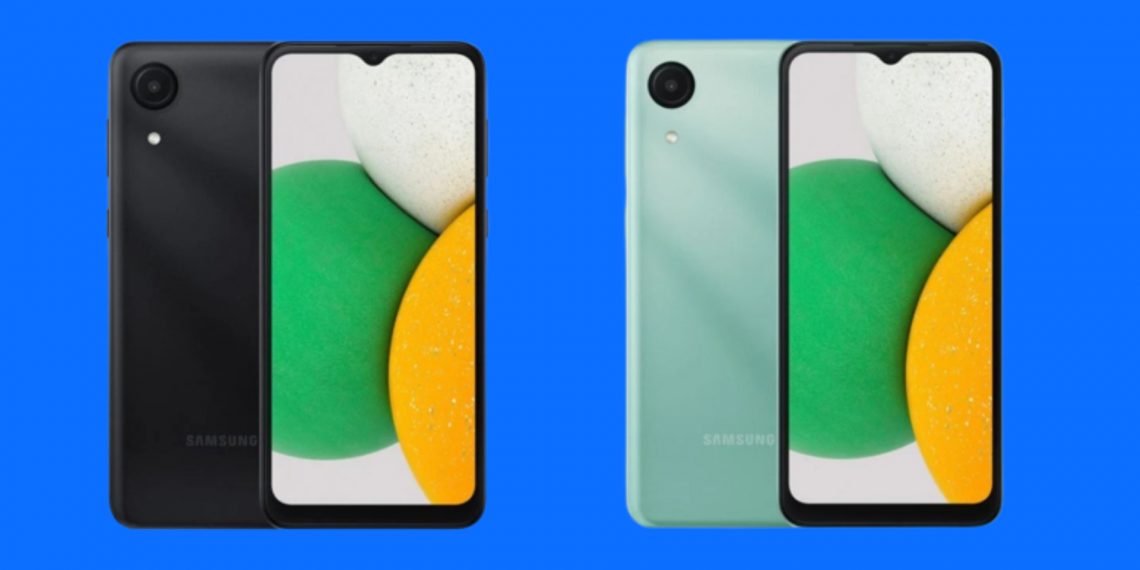 Samsung appears to be prepping up for the launch of a new entry-level Galaxy A04 Core smartphone. This upcoming device from Samsung will succeed the Galaxy A03 Core from last year. Ahead of the official launch of the Galaxy A04 Core, we have its renders coming in, courtesy of Winfuture.de. As per the source, the Galaxy A04 Core will house an Exynos 850 SoC, and will feature a single rear-facing camera. Let us take a look at what the newly leaked renders reveal about the A04 Core.

If we have a look at the leaked images, we can see that the Galaxy A04 Core will look similar to its predecessor, the Galaxy A03 Core. The device will have a water-drop-shaped notch with thick bezels on all sides. The power and volume control keys will be placed on the right side of the device. As we can see in the images, the device will lack fingerprint sensor support.

As far as the rest of the key features are concerned, the handset will have a single rear-facing camera which will be accompanied by an LED flash. The device will be available for sale in the Black, Green, and Copper colour option when it launches. As of now, no information is available regarding the specifications of the device. However, some past rumours suggest that the Galaxy A04 Core will pack an octa-core Exynos 850 processor. We can expect the device to be introduced by Samsung sometime later this month or in July.

To recall, the Galaxy A04 Core predecessor, the Galaxy A03 Core came with a 6.5-inch IPS LCD. The device has an HD+ resolution, 270 PPI pixel density, and a 20:9 aspect ratio. Under the hood, the smartphone is powered by a Unisoc SC9863A chipset which is paired with 2GB of RAM and 32GB of internal storage. The handset sports an 8MP single camera and a 5MP selfie camera. Coming to the battery of the device, the Galaxy A03 Core has a 5,000mAh battery that support 10W charging. The handset runs Android 11 Go Edition out of the box.