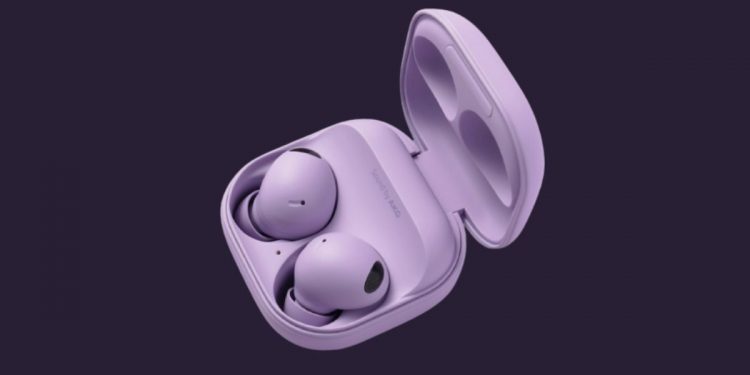 The new earbuds come as the successor to the Galaxy Buds Pro which were launched in early 2021. Compared to its predecessor, the Galaxy Buds 2 Pro feature a new set of audio drivers, support for more audio codecs for higher quality sound, a longer battery life, and a tweaked design. Let us take a look at the pricing, full specifications, and features of the newly-launched Samsung Galaxy Buds 2 Pro and find out what the new Samsung audio product has in store for us.

The Samsung Galaxy Buds 2 Pro are priced at $229 in the US. However, the price of these earbuds for the Indian market hasn’t been announced yet. We are hoping that Samsung will reveal the Indian pricing of all the products that were launched today by the end of this week. As for the US, the earbuds will go on sale in the market starting on August 26, 2022. The Samsung Galaxy Buds 2 Pro come in three colour variants: Zenith Grey, Bora Purple, and Zenith White.

The Samsung Galaxy Buds 2 Pro feature a combination of a 10mm driver and a 5.3mm tweeter on each side for enhanced sound quality. There’s an Intelligent Active Noise Cancellation feature this time around, which is meant to block out background noise up to 33dB. You also get features such as 360 Audio with Direct Multi-Channel (similar to Apple’s Spatial Audio) and HD voice pickup for crystal-clear calls.

Also Read: 5G Services To Be Rolled Out In A Month, 6G Plans In Progress: Telecom Minister

In terms of connectivity, the Galaxy Buds 2 Pro offer Bluetooth 5.3. What’s new this time around is the addition of Samsung Seamless Codec HiFi. It can offer up to 24-bit audio and it is supported only on Samsung smartphones at the moment. Of course, there is also support for AAC and SBC audio codecs. The earbuds will also get support for Bluetooth LE audio codec with a software update later this year. The earbuds also come with an IPX7 rating for water resistance.

When it comes to the battery, the brand claims that the Buds 2 Pro can last up to 8 hours on a single charge and a total battery life of 29 hours can be expected when combined with the charging case. A mere five-minute charge is said to offer up to 55 minutes of listening time. There’s a USB Type-C port charging. The earbuds support wireless charging as well. The Samsung Galaxy Buds 2 Pro measure 19.9×21.6×18.7mm and weigh around 5.5 grams each.

Will you be interested in buying the newly launched Samsung Galaxy Buds 2 Pro? Do let us know in the comments section below.