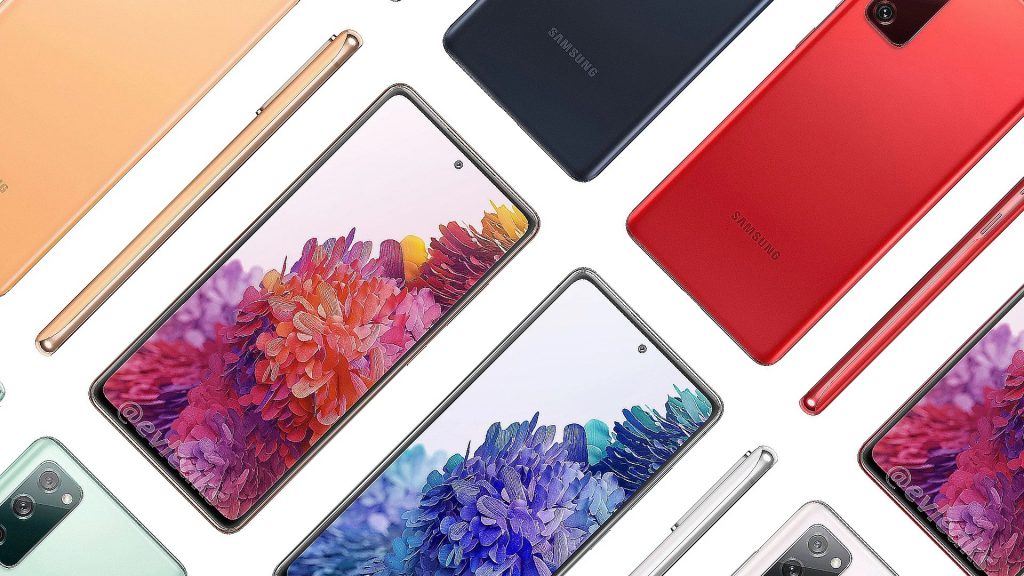 Samsung has kept the design of the Galaxy S20 Fan Edition largely similar to that of the Galaxy S20. At the front, it has a 6.5-inch Super AMOLED Infinity-O display with Full HD+ resolution, a 120Hz refresh rate, and Gorilla Glass 3 protection. The phone comes in six exciting colors: Cloud Mint, Cloud Navy, Cloud Orange, Cloud Pink, Cloud Red, and Cloud White. It will reportedly come with IP68 certification for dust and water resistance. The phone reportedly costs $749 in the US, but the Indian pricing hasn’t been leaked yet.

The phone has a 32MP selfie camera with autofocus embedded into the punch-hole-shaped display cutout. At the rear, it has three cameras: 12MP wide-angle, 12MP ultrawide, and 8MP telephoto with 3x optical zoom. The 12MP wide-angle camera reportedly uses a 1/1.76-inch sensor, dual-pixel autofocus, OIS, F1.8 aperture, and 1.8µm pixels. The 12MP ultrawide camera uses a 1/3-inch sensor, an F2,2 aperture, 123° FoV fixed-focus lens, and 1.12µm pixels. The 8MP telephoto camera has a 1/4.5-inch sensor, an F2.0 aperture, autofocus, 1µm pixels, and OIS. Except the ultrawide camera, all the cameras on the Galaxy S20 Fan Edition can record 4K 60fps videos.

The Galaxy S20 Fan Edition runs Android 10 with One UI 2.5. It comes in two variants: 4G LTE and 5G. The 4G LTE variant is equipped with the Exynos 990 processor, while the 5G variant features the Qualcomm Snapdragon 865 processor. It has 6GB/8GB LPDDR4X RAM, 128GB UFS 2.1 internal storage, and a microSD card slot. It has GPS, Wi-Fi 6, Bluetooth 5.0, NFC, USB Type-C port, stereo speakers, and an under-display fingerprint reader. It is powered by a 4,500mAH battery and supports up to 15W fast charging.

The iPhone 12 series was unveiled last month. After a delay of more than a month from its usual launch... END_OF_DOCUMENT_TOKEN_TO_BE_REPLACED

Tired of receiving random and unwanted images and videos via WhatsApp? Such files can quickly fill up your smartphone’s storage... END_OF_DOCUMENT_TOKEN_TO_BE_REPLACED

With the month of March comes the season for refrigerators, mainly because of the summer. Well, this sets the stage for... END_OF_DOCUMENT_TOKEN_TO_BE_REPLACED

“There is no cooling” or “My AC is blowing out hot air”  These are two of the most common air conditioner... END_OF_DOCUMENT_TOKEN_TO_BE_REPLACED