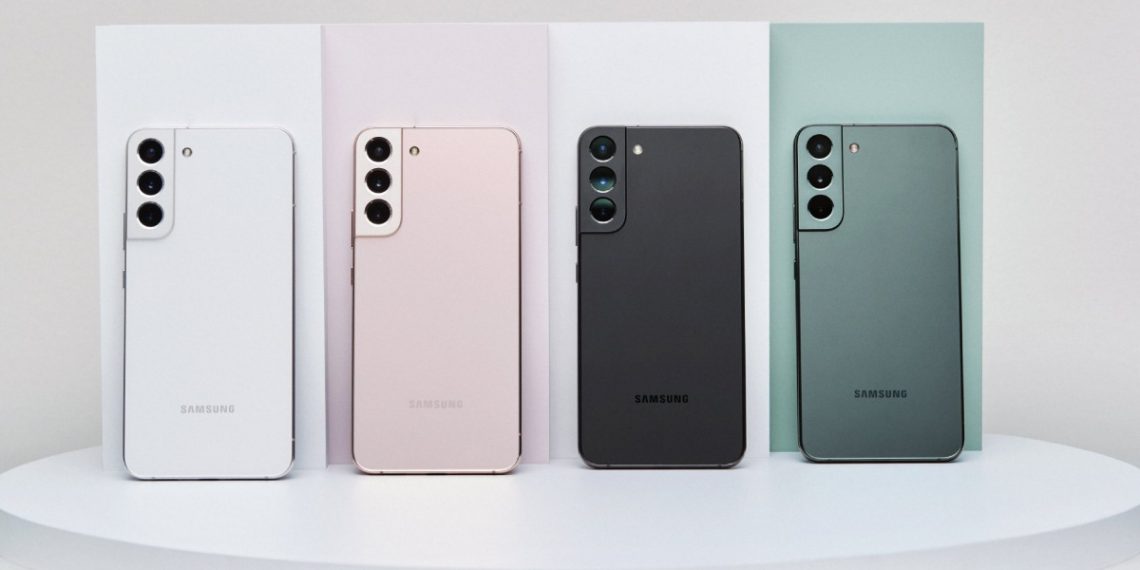 Samsung has finally managed to put the leaks and rumours to rest at today’s Unpacked 2022 event. The Samsung Galaxy S22 and the Samsung Galaxy S22+ will be the cheaper alternatives to the top-dog Galaxy S22 Ultra in the line-up. Both the smartphones vary in screen sizes but feature a similar build this time around. The sides are flattish than the previous iterations and so are the top and bottom. Common features include a similar set of cameras, identical design, processor, IP68 rating, and 120Hz AMOLED displays, among other features. The displays still aren’t LTPO ones but can vary refresh rate from 10Hz to all the way up to 120Hz, aiding in battery efficiency. However, the smartphones now carry smaller capacity batteries than the Galaxy S21 and the Galaxy S21+, which could upset a few buyers.

The Galaxy S22 and the Galaxy S22+ succeed the Samsung S21 and Samsung S21+. Both the devices run Samsung’s One UI 4.1 skin on top of Android 12 out-of-the-box. With the updated policy, Samsung will be offering four major Android OS updates coupled with five years of security patches with both smartphones. Let us have a detailed look at both smartphones.

The Samsung Galaxy S22 gets an aluminium frame and Gorilla Glass Victus+ at both ends, which is Corning’s latest and toughest glass. The handset features the smallest display of the trio, which is a 6.1-inch Full HD+ Dynamic AMOLED 2X panel with HDR10+ certification, 1,300 nits peak brightness, and a 120Hz adaptive screen refresh rate. The Vision Booster tech utilises machine learning to preserve details and displays accurate colours even under bright sunlight.

Owing to the smaller display it is very compact, measuring 146mm in height and 70.6mm in width. The smartphone is very thin with just 7.6mm thickness. It will be powered by Qualcomm Snapdragon 8 Gen 1 processor built on the 4nm fabrication process. In some regions, the phone comes equipped with the Exynos 2200 chipset with the AMD RDNA 2-based Xclipse 920 GPU.

In the photography department, the Samsung Galaxy S22 is equipped with a primary 50MP snapper with an F1.8 aperture and OIS (Optical Image Stabilisation). The ancillary cameras include a 12MP ultrawide camera with an F2.2 aperture, and a 10MP telephoto camera with 3x optical zoom, 30x digital zoom, and OIS.

The Galaxy S22 comes with a 3,700mAh battery, which is down from the 4000mAh on its predecessor, the Samsung Galaxy S21. It supports 25W fast charging, 15W wireless charging, and 4.5W reverse wireless charging. Connectivity features include 5G, LTE, GPS, Wi-Fi 6, Bluetooth 5.2, NFC, USB Type-C port, and Wireless DeX. There are stereo speakers, an IP68 rating, and an under-display ultrasonic fingerprint reader.

Just like its smaller sibling this handset too will be powered by Samsung’s Exynos 2200 or Qualcomm’s Snapdragon 8 Gen 1 processor, depending upon the region. It has 8GB RAM and 128GB/256GB internal storage. There’s no microSD card slot on the offer. It runs Android 12-based One UI 4.1 out of the box and will get four major Android OS updates.

The cameras are carried over from the vanilla Galaxy S22, which are a 50MP primary shooter with OIS, a 12MP ultrawide camera, and a 10MP telephoto camera with a 3x optical zoom lens and OIS. It can record 4K 60fps and 8K 30fps videos.

The Galaxy S22+ is powered by a 4,500mAh battery, which is down from the 4,800mAh battery from the outgoing Galaxy S21+. However, it makes up for that with a much faster 45W wired fast charging support. It also supports 15W fast wireless charging, 4.5W reverse wireless charging, stereo speakers, an ultrasonic fingerprint reader, and an IP68 rating for dust and water resistance. The Samsung Galaxy S22+ gets Wi-Fi 6E and UWB (Ultra- Wideband) support, while the vanilla Galaxy S22 makes do with Wi-Fi 6 support.