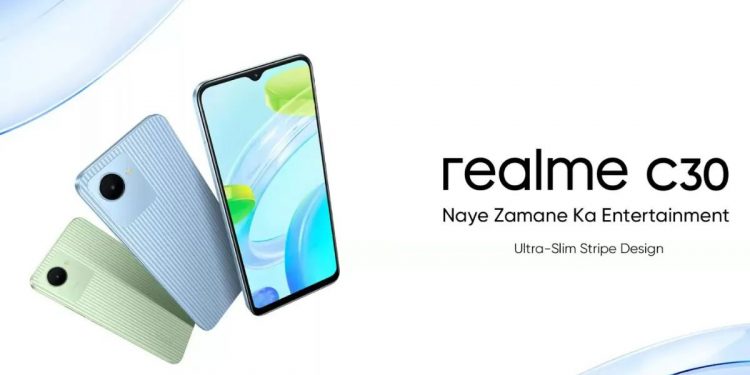 Realme has confirmed that it will launch the Realme C30 in India on June 20. Ahead of the launch, the brand has released a new poster on Flipkart and its social media handles, which teases the design of the upcoming smartphone. The company has already revealed a few key specifications including the processor, battery capacity, weight, and thickness of the device.

Let us take a look at the features and specifications of the upcoming Realme C30 smartphone.

The Realme C30 has been confirmed to launch on June 20 in India. As confirmed by the brand, the smartphone will be powered by an octa-core Unisoc T612 processor, which is built on a 12nm process. The smartphone will be backed up by a 5,000mAh battery unit, which is claimed to last for a full day. The device will reportedly come with support for a 10W charging speed.

The Realme C30 is said to launch in three colour variants: Denim Black, Lake Blue, and Bamboo Green. Other expected features of the device include a 6.58-inch Full HD+ IPS screen, a 13MP rear camera, and a 5MP selfie camera.

What are your expectations from the upcoming Realme C30 smartphone? Do let us know in the comments section below.