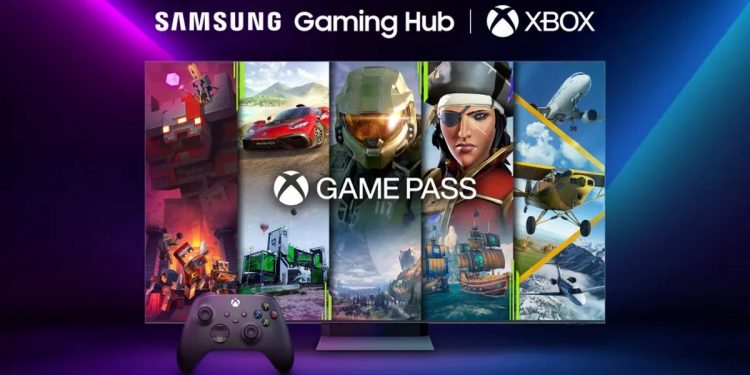 Last month, Microsoft announced that it is partnering with Samsung to bring the Xbox app and Game Pass to Samsung 2022 Smart TVs. Now, Samsung has started rolling out its new Gaming Hub which will let you play cloud-enabled Xbox Game Pass games seamlessly. The hub also supports other cloud streaming providers such as NVIDIA GeForce Now and Google Stadia.

The Samsung Gaming Hub will allow you to play games on your Samsung 2022 Smart TV without a console. The company has joined hands with Xbox, Nvidia, Google, and more to bring various games to their smart TVs.

“Samsung Gaming Hub is the ultimate home for gaming on your 2022 Samsung Smart TV. Instantly play the biggest games from Xbox and other top game streaming partners with no downloads, storage limits, or console required. Just switch on your TV and play,” says Samsung.

Additionally, the Samsung Gaming Hub will support gaming accessories such as Bluetooth controllers and wireless headsets. The hub features passthrough controller inputs. This means that you can use a single controller instead of pairing multiple devices. All the paired devices will connect to each supported service within the Gaming Hub.

How To Play Xbox Games On Samsung Gaming Hub

One of the most exciting features of the Samsung Gaming Hub is support for the Xbox app. You will be able to play hundreds of cloud-enabled games in the Game Pass library if you have an Xbox Game Pass Ultimate subscription. If you don’t, you can also play Fortnite for free. Almost all Bluetooth-enabled controllers are compatible with the Xbox app.

Are you excited to try out the new Samsung Gaming Hub? Let us know in the comments!