> Features > Samsung One UI 4.0: Here Is Everything You Need To Know About It 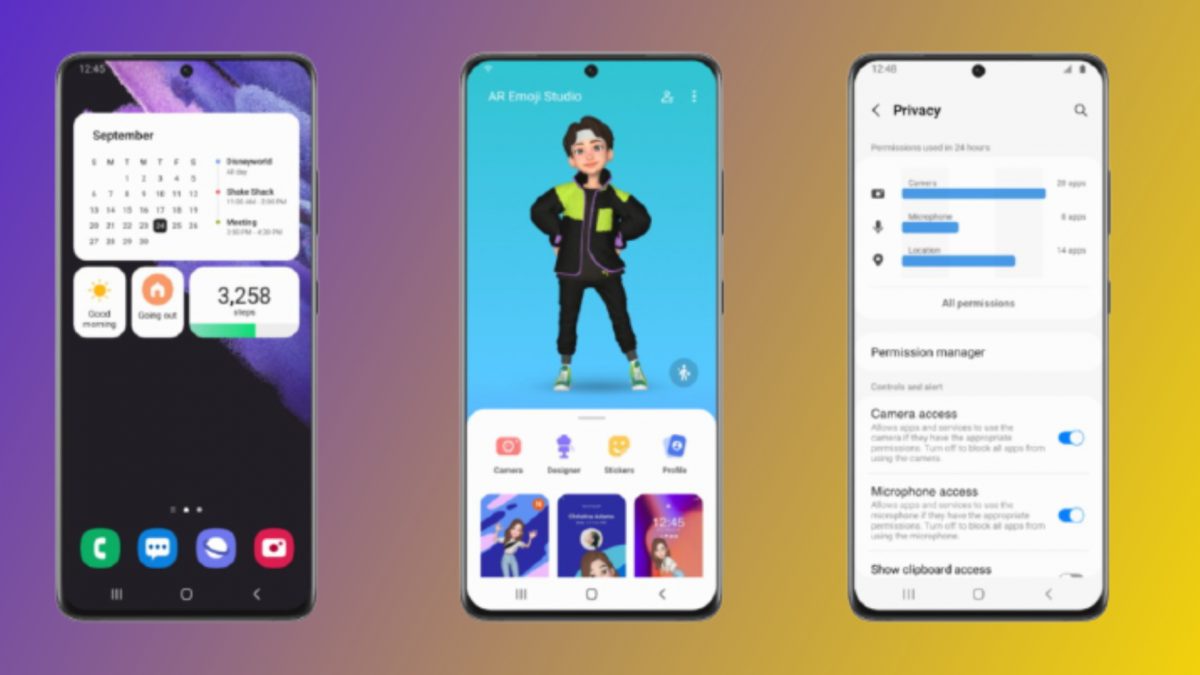 This year, Google unveiled a newer version of Android (Android 12) earlier than usual. Samsung had announced in July 2021 that it would release the Android 12-based One UI 4 Beta software update to the Galaxy S21 series before releasing the stable version. On September 14, 2021, the company finally released the One UI 4 Beta update in a few countries: Germany, South Korea, and the US. A few more countries—China, India, Poland, and the UK—will get the update over the next few weeks. One UI 4.0 brings more than 60 new features to Galaxy smartphones, and we have listed and explained all of them in this article. We’ve also listed Galaxy smartphones and tablets that will get the One UI 4.0 update.

On top of all the features Google introduced with Android 12, Samsung has added its own set of software features in One UI 4.0. Although the beta update doesn’t offer the Material You design and colour palette, the changelog mentions a lot of other features to get excited about. Moreover, it is being rumored that the future beta versions could bring the Material You design. The new version of One UI brings enhanced privacy and security features, some design UI changes, improved stock apps, more lock screen widgets, a new charging animation, AR Emoji improvements, and much more.

Speaking about the changes to the home screen, Samsung has not updated icons and colour palette with One UI 4.0. However, stock widgets have been redesigned. They now offer more information at a single glance. Additionally, you should see recommendations for widgets that may be useful for you. Moreover, the widgets selection menu has been simplified and offers a list view of all the available widgets.

Samsung has also updated the Quick Settings Panel in One UI 4.0. It now has an enhanced layout and an integrated sections for alerts and silent notifications. Additionally, Samsung has made the screen brightness bar thicker.

The stock camera app in One UI 4.0 has received an update as well. The Scene Optimizer button now appears in Photo mode if the ambient light is low or if you are scanning a document. Settings for Portrait Mode and Night mode are now more intuitive. Samsung also has updated settings layout in the Pro Mode. The Pro Mode now feels more organized and has a cleaner look. Last but not least, the Document Scanning faeture has been improved to make fine editing easier using the zoom feature.

Samsung has added a Voice Recorder widget to the lock screen. It lets you record voice memos without unlocking your phone, making it easier and quicker to record voice. Additionally, Samsung also has added a Calendar widget on the lockscreen which shall help you keep track of your events along with a month view.

Samsung has focused on improving privacy and security settings and reporting with the One UI 4 update. You can see which apps are accessing sensitive permissions such as camera, clipboard, location, and microphone in the Permission Usage History section of the Settings app. You can even go back as long as seven days to check which apps have accessed sensitive data. You can choose to deny permissions for any apps you don’t feel comfortable with. You can also set if an app can access your approximate location or precise location.

Samsung also has brought a couple of new features in Accessibility mode. One such feature is the Extra Dim which makes the screen dimmer than usual. It can be found in the Accessibility settings of the smartphone or tablet. You can even change the screen brightness intensity.

Apart from these notable changes, there are more than 60 new features that Samsung has introduced with its newer One UI version, and you can find all of them in the official changelog below.

Devices Eligible To Get The One UI 4.0 Update

Samsung is the only brand that has been keeping its promise of pushing Android updates and security patches on time. The South Korean firm had announced in February 2021 that it would offer four years of security updates to its devices. It had also revealed that some mid-range smartphones and all high-end smartphones will get three major Android OS updates. It means that the Galaxy S10 lineup will get the One UI 4.0 update. Moreover, there is no doubt that the Galaxy devices released in 2020 and 2021 shall receive the One UI 4 update.

List Of Samsung Galaxy S Series Smartphones That Will Receive Android 12-Based One UI 4.0 Update

List Of Samsung Galaxy Note Smartphones To Get Android 12-Based One UI 4.0 Update

List Of Samsung Galaxy Z Smartphones To Get Android 12-Based One UI 4.0 Update

List Of Samsung Galaxy A Smartphones To Get Android 12-Based One UI 4.0 Update

List Of Samsung Galaxy M Smartphones To Get Android 12-Based One UI 4.0 Update

List Of Samsung Galaxy Tablets To Get Android 12-Based One UI 4.0 Update

List Of Samsung Galaxy F Smartphones To Get Android 12-Based One UI 4.0 Update

List Of Samsung Galaxy XCover Smartphones To Get Android 12-Based One UI 4.0 Update

Going by Samsung’s track record, it would be logical to expect the Android 12-based One UI 4.0 stable update to be released sometime in November 2021 or December 2021. Google has not released the stable Android 12 update yet, but it is expected to be released on October 4, 2021. We should get a clearer picture sometime over the next couple of months

How To Join Samsung One UI 4.0 Beta Program?

To join Samsung’s One UI 4.0 Beta Program, you have to download the Samsung Members app. Once you download the app, open it, and register on it, you will see a banner for the One UI Beta Program registration. Click on that banner image and then hit the ‘Enrol’ button. After you have registered your One UI 4.0 Beta Program eligible Galaxy smartphone, head over to Settings > Software Update > Download and Install on your smartphone. If the Beta Progam has been released in your country, you should get the update.