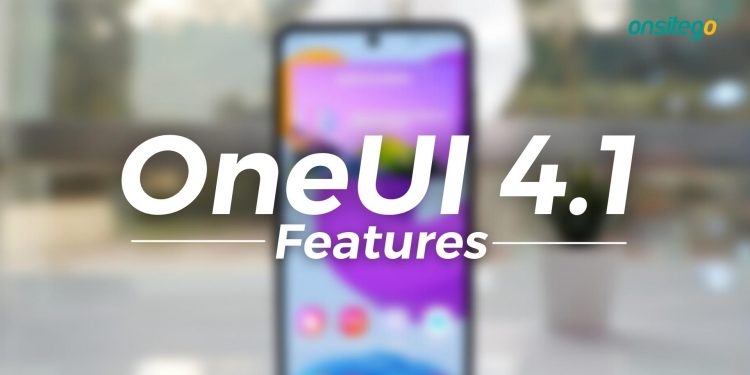 Samsung’s One UI software for smartphones and tablets is widely regarded as one of the best Android skins available. The company continues to add new features and improvements to its software on a regular basis. In late 2021, Samsung launched One UI 4.0, which included Material You design and the rest of Android 12 features. Now, the company has started rolling out the One UI 4.1 update to its smartphones and tablets.

Samsung One UI 4.1 includes features like Google Duo Live Sharing, Smart Widgets, improved Colour Palette feature, camera improvements, and various other improvements to the stock apps and services. Let us take a closer look at the new features with One UI 4.1, and all changes and improvements it brings to Samsung’s Galaxy smartphones and tablets.

RAM Plus was first introduced with the Android 12-based One UI 4.0 update. It allows users to utilise the storage of the device as virtual RAM. Virtual RAM has been quite popular among Android smartphone manufacturers as it helps lower-end devices improve performance. With OneUI 4.0, the default RAM capacity was set to 4GB and there was no option to select how much internal storage can be used as virtual memory.

Users may now choose how much storage is used by the feature with the One UI 4.1 update, and depending on your device, you can reserve 2GB, 4GB, 6GB, or 8GB of internal storage to boost your device’s RAM. However, there is no way to entirely disable the feature.

With One UI 4.0, Samsung introduced Android 12’s Material You and Dynamic Theming features as a part of the company’s Colour Palette system. With One UI 4.1, Samsung has improved the Colour Palette picker by adding additional samples and a new rectangular preview, making it easier to choose the exact hue you want for your phone’s interface. The chosen colours now appear in more apps from Google, Samsung, and third-party developers.

There’s a new widget stacking feature with One UI 4.1 that can place multiple widgets in the same place, reducing the clutter and saving space on your home screen. Users can navigate between the widgets with left or right swipes. This is similar to what Apple has done with iOS 14, and Samsung’s implementation is quite similar to Apple’s. It evaluates user contexts and actions to automatically display the most relevant stacked widget.

Samsung’s stock Camera app has had the Pro mode for quite some time, but it was limited to the primary camera. Samsung added support for the ultrawide camera with previous versions of One UI. Now, the company has added support for the telephoto camera in Pro and Pro Video modes with One UI 4.1, opening up more photography possibilities.

Furthermore, Samsung has introduced the ability to capture Portrait images even in low-light conditions using both primary and telephoto cameras on the device. To activate this feature, head over to the Portrait section of the camera application, and the software will automatically switch to long exposure mode if the scene is dark enough. Now, just click a picture and keep your phone steady.

Have you ever been disappointed by the limitation where your phone doesn’t let you use secondary and tertiary cameras in third-party apps like Instagram and Snapchat? Well, your woes are coming to an end. With One UI 4.1, you can access more camera sensors within your favourite apps. You can switch between main and ultrawide lenses by pinching out inside compatible apps. While telephoto lenses are not yet supported, this is still a significant step forward.

Not all of these above-mentioned features are arriving at all Samsung smartphones running One UI 4.1. Here’s a list of phones that will receive the One UI 4.1’s enhanced camera features.

Samsung One UI 4.1 can help you erase unwanted objects, people, shadows, and reflections from your photos. This is comparable to Google’s Magic Eraser implementation.

Users can not only remove annoying items in an image but also shadows or reflections, thanks to the improved Object Eraser feature that’s present in Samsung’s stock Gallery app. All one needs to do is tap on the Erase Shadows or Erase Reflections button and the Object Eraser will handle the rest.

A slider in the Accessibility settings allows phones running One UI 4.1 to modify the left/right audio balance. In the past, changes to this Setting were automatically applied to all audio playback devices in One UI 4.0.

Separate sliders for the phone’s speaker and any associated devices, such as earbuds or speakers, are available with One UI 4.1. You can now access this functionality by heading over to Accessibility > Hearing enhancements > Left/Right Sound Balance.

While Google Duo for Android allows you to share your screen, the Google Duo app is getting a new set of Live Sharing capabilities that will allow you to share pictures, notes, watch YouTube videos, and collaborate across apps during video calling. The Google Duo Live Sharing feature takes it a step further by allowing all participants to control the playback of the app they want to share with the rest of the group.

Grammarly is a well-known grammar and language checker that tries to enhance your writing and make you look more presentable. Samsung has collaborated with Grammarly to introduce it to the Samsung Keyboard app. Grammarly for Samsung Keyboard can help you write clear, error-free, and professional texts, emails, and even Instagram captions.

Grammarly’s suggestions appear in the correction strip above the keyboard, letting you keep the flow of your writing while making changes. Interested users can try out this feature by navigating to Settings > General Management > Samsung Keyboard settings and enabling the Grammarly keyboard integration under Select third-party content to use.

On top of the already fantastic vibration patterns for calls and messages, One UI 4.1 now allows you to synchronise the vibration motor’s patterns with your specified ringtone or notification sounds. You can also set your smartphone to play a soft sound that amplifies vibrations so you don’t miss any incoming calls when you’re phone is put on Vibrate mode.

While the Adaptive Brightness feature, which adjusts the screen’s brightness levels based on ambient lighting conditions, has been available on Android devices for years now, Samsung has now added a new toggle to increase the brightness levels to the max levels.

When you disable Adaptive Brightness, One UI 4.1 adds a new toggle that may be used to force the display to its brightest setting. However, as indicated by the on-screen alert, activating this function would result in significant battery depletion and the display can get dimmer after a few minutes of usage.

With the latest version, One UI can automatically optimise your photos, whether it’s cropping out unnecessary areas of screenshots or correcting the tilt. When you pick an image, the app will notify you if your smartphone recognises possible enhancements. When you click the icon, the image will be automatically altered, rotated, and cropped before being shared with others.

Samsung has also improved the Quick Share feature. It now lets you share Wi-Fi network credentials with other Galaxy smartphones and tablets.

There’s a smart calendar for productivity that allows you to create events in Samsung Calendar by reading dates and times directly from a messaging platform. The capabilities are said to operate with KakaoTalk, Line, WhatsApp, Hangout, Facebook Messenger, Viber, Google Chat, and Signal, as well as the stock messaging app.

Samsung’s AR Zone, which definitely looks worse than Apple’s Memoji, now offers more features. It now lets you add GIFs from Tenor to your AR Emoji. One UI 4.1 also lets you change the background colour in AR Emoji’s Mask Mode. You can even turn real-life objects into 3D stickers.

List of Eligible Devices for the One UI 4.1 Update

More Galaxy A series, Galaxy M series, Galaxy F series, and Galaxy XCover series smartphones will get the One UI 4.1 update in the near future. The update will also be released to all Galaxy Tab series tablets that are eligible to get the Android 12-based One UI 4.0 update.