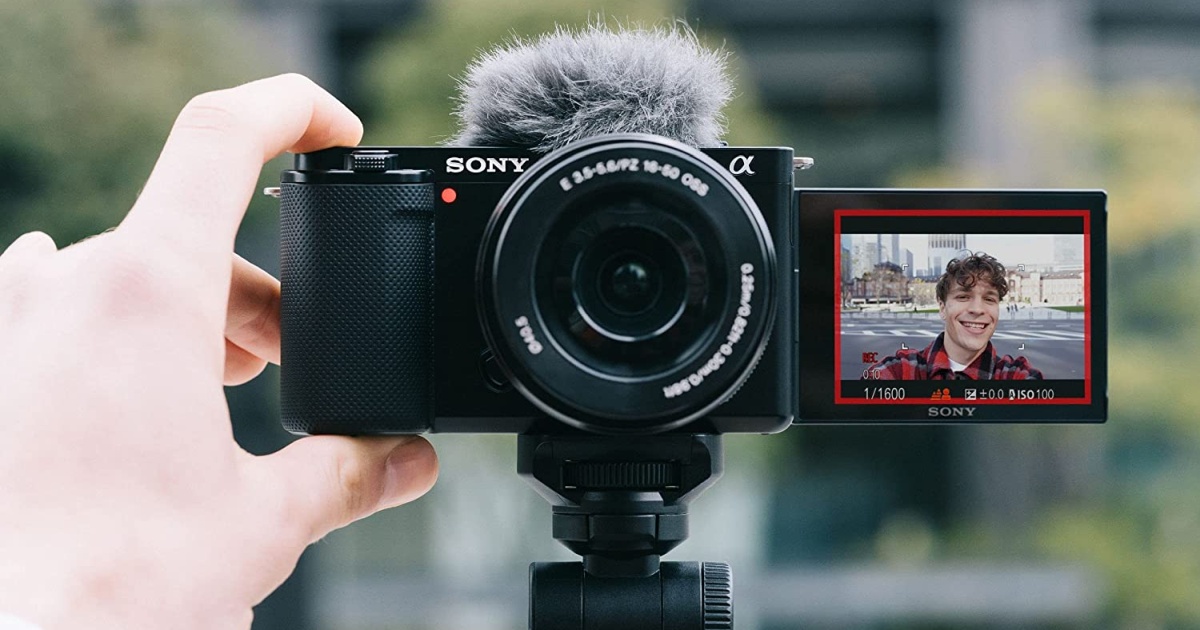 Announced back in July 2021, the Sony Alpha ZV-E10 camera has finally reached Indian shores. The mirrorless camera from the Japanese company is targeted at content creators. It offers the flexibility of interchangeable lenses in a compact size. According to Sony, the camera weighs in at 364 grammes and has an ergonomic grip for a secure hold. To keep an eye on your framing, the Alpha ZV-E10 comes with a 3-inch side-opening touchscreen LCD display. It can record 4K videos at 30fps and Full HD slow-motion videos at 120fps.

The Sony Alpha ZV-E10 uses a 24.2-megapixel APS-C Exmor CMOS sensor and BIONZ X image processing engine. Keeping YouTubers in mind, Sony offers several video features such as ‘Background Defocus’ and a dedicated mode for showcasing products. It can save images in JPG and RAW format.

The camera enables you to turn to the ideal lens for each scene. Sony claims to offer a variety of E-mount lens lineup including prime and telephoto to boot. The ZV-E10 offers “Fast Hybrid AF” and “Real-time Eye AF” to keep track of the subject’s face and eyes. It can automatically correct the exposure using Sony’s “Face Priority AE algorithm”. With the Alpha ZV-E10 taking care of these settings, a user can focus better on creative vision.

The camera can record 4K HDR videos at 30fps without any pixel binning. In fact, it uses oversampling to shoot 6K videos and convert those frames into 4K resolution for higher details. You can choose to shoot Full HD videos at 120 fps. To compensate for the undesired shaky hand effect, the camera uses Electronic Image Stabilisation (EIS).

To pick up sound that complements the visuals, the ZV-E10 is equipped with the 3-Capsule Mic. The camera ships with a wind-screen that reduces wind noise. Of course, you can choose to connect an external mic via Multi Interface Shoe and a mic jack. It also comes with a headphone jack allowing you to check the recordings right on the device. The camera is compatible with Sony’s GP-VPT2BT grip, which is sold separately.

The ZV-E10 ships with an NP-FW50 battery, which has a 1,020 mAh capacity. According to Sony, the camera can capture up to 440 images on a single charge. For anything over that, you can juice up the camera using power banks over a USB Type-C connector for added convenience. The Alpha ZV-E10 comes with Sony’s Imaging Edge mobile companion app. It can be used for transferring images and videos from camera to mobile over Wi-Fi.

The Sony Alpha ZV-E10 price in India is ₹59,490 for the body-only configuration, whereas the Alpha ZV-E10L kit will set you back for ₹69,990. You can purchase it in India starting today through Sony’s brick-and-mortar shops across the country along with Amazon and Flipkart.

India’s 5Gi To Be Merged Into Global Standard 3GPP 5G