Sony has launched the Bravia XR A80J in India in a 65-inch screen size version and it has been priced at Rs 3,39,900. The brand has also announced that it will launch 55-inch and 77-inch models of the Bravia XR A80J in India soon but it hasn’t announced the availability dates of those models. Speaking of which, the Sony Bravia XR A80J is readily available to purchase in India from the brand’s official online store. The TV will also be available to purchase from major e-commerce websites and the brand’s authorized retail outlets. 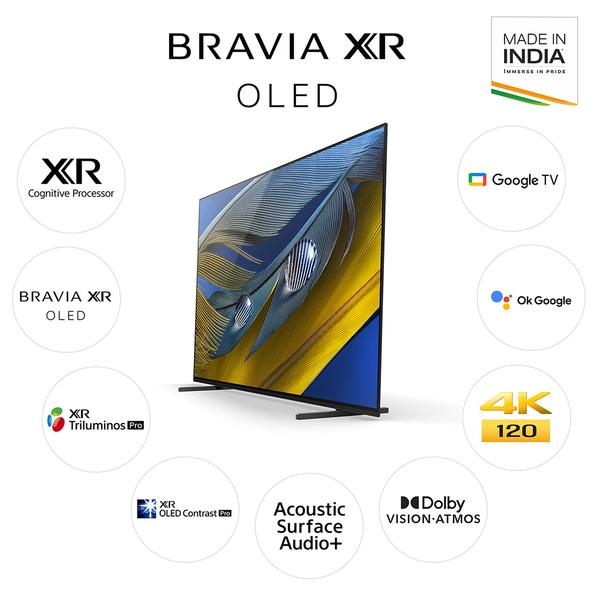 The Sony Bravia XR-65A80J features a 65-inch OLED screen with 4K resolution and a 120Hz refresh rate. Fortunately, the TV also comes with the variable refresh rate (VRR) feature and auto low latency mode (ALLM) for tear-free visuals while gaming. As for the audio, the TV has four speakers with a total output power of 30W. It supports DTS, Dolby Audio, and Dolby Atmos standards.

On the software side of things, the Bravia XR-65A80J ships with Android TV (version is currently unknown). You also get Google services and Google Play Store to download applications. The TV is powered by the Sony XR processor and there is 16GB of internal storage.

In terms of connectivity, you get four HDMI 2.1 ports with, one digital audio out, one 3.5mm audio jack, two USB ports, one ethernet port, Wi-Fi ac, and Bluetooth v4.2. You also get Chromecast Built-in and Apple AirPlay for you to stream videos and music from a Google or iOS device easily.