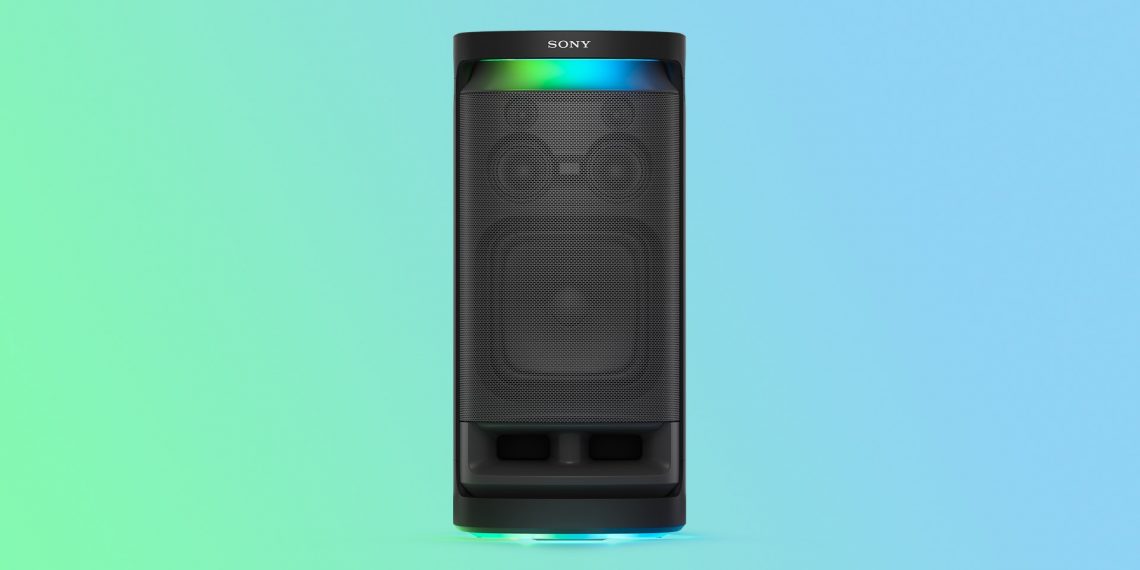 Sony has launched a new Bluetooth speaker—Sony SRS-XV900—in India. According to Sony, it is the company’s biggest party speaker yet, with dimensions of 410x880x439mm, and it weighs 26.6kg. Earlier, the company launched three other X series Bluetooth wireless speakers: Sony SRS-XG300, Sony SRS-XE300, and Sony SRS-XE200. However, the SRS-XV900 is on a different level altogether.

The Sony SRS-XV900 is an omnidirectional speaker with six tweeters (two on the front, two on the rear, and one on each side), a 120mm mid-range driver, and a 320mmx320mm bass driver. It features a 3-band audio equalizer, Clear Audio+, LIVE SOUND, MEGA BASS, and TV Sound Booster features. The wireless speaker uses a Bluetooth 5.2 chip with AAC, LDAC, and SBC audio codecs. Sony claims that it has a wireless range of up to 30 meters. The device also supports audio playback via USB-connected devices.

It features a lot of ports and additional features. The Sony SRS-XV900 has a 3.5mm audio-in jack, an optical digital input port (to be used with TVs), a 6.3mm microphone input for karaoke, and a 6.3mm microphone/guitar input. It even features a USB Type-A port that can charge smartphones at 7.5W (5V and 1.5A). The speaker lasts 25 hours on a single charge. It also features fast charging, offering three hours of music playback after 10 minutes of charging. The speaker also features RGB lights for added visual effects.

The Sony SRS-XV900 speaker comes with a price tag of ₹79,900 in India. It will be available for purchase starting December 06, 2022, across the country through Sony Centre stores, all major offline retail stores, and all major online retailers.