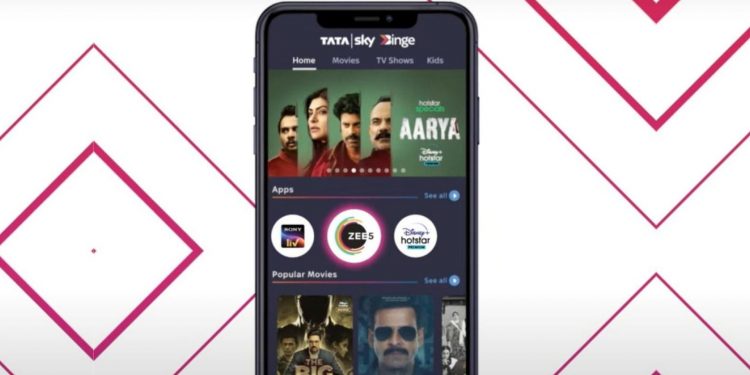 Tata Play, originally Tata Sky, one of India’s leading DTH service providers, debuted its OTT platform roughly two years ago. However, it was only accessible to the company’s DTH subscribers. The platform has now unveiled a new “Bachcha Bachcha Janta Hai” campaign, stating that Play Binge would now be available to all smartphone users, regardless of DTH subscription status.

Tata Play Binge Is Now Available to Everyone

The application has only been available to Tata Play DTH customers since its release in 2020, but that is changing now. The platform claims to have over one million paid subscribers. The app is offered on Android, iOS, and the web, and it runs on a freemium basis, allowing users to view content on up to two devices at the same time with a single subscription.

Tata Play Binge’s plans start at ₹59 per month and go up to ₹299 per month. Monthly packages from Tata Play Binge vary from ₹59, ₹99, ₹175, and ₹299. MXPlayer, ErosNow, Hungama, ShemarooMe, and Namma Flix are among the outlets available under the base package. Amazon Prime Video is also available as an add-on subscription on Binge. Netflix Combo plans are also accessible to DTH consumers, but not to non-DTH subscribers.

Tata’s latest streaming app includes features such as Universal Search, which allows users to search for content across all platforms, Language preferences, which allows you to set your preferred language, and even the ability to create custom watch lists with the “Create your own binge list” function.