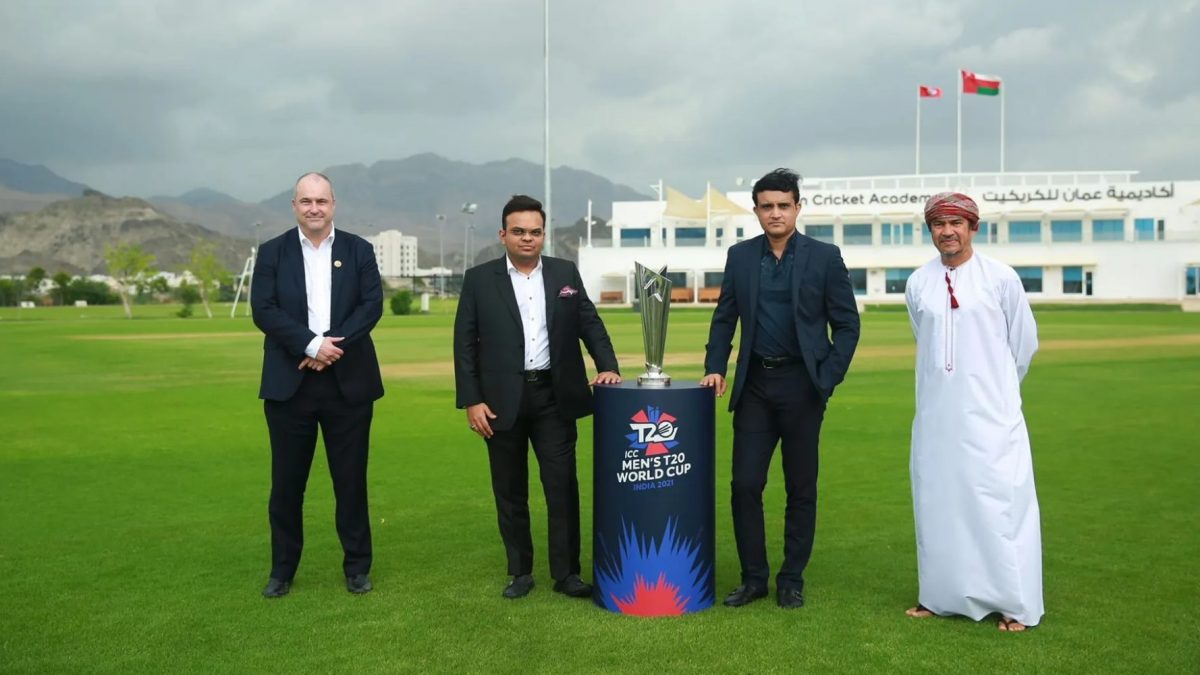 Wondering how you can watch T20 cricket world cup matches live on your smartphone or TV? After cheering for your favourite clubs in IPL, it is time for Indian cricket fans to rally behind the men in blue. Jointly hosted by the UAE and Oman, T20 World Cup 2021 proceedings have already begun. However, if you have been confused by a mix of warm-up and qualifying matches, you are not alone. This year’s T20 World Cup fixtures are indeed bemusing but fret not as we are here to spell things out for you. We will explain to you how you can watch T20 Cricket World Cup 2021 live, whether you’re watching it on your smartphone, tablet, TV, laptop, or PC.

First, let us see which teams are playing these matches and the schedule of all the T20 Cricket World Cup 2021 matches below.

This time around, 16 teams are fighting it out to be named the T20 champions. Out of those, the top eight squads (as per December 2018 figures) have already made it to the main event. The list includes England that sits at the top of the ICC rankings. It is followed by India, Pakistan, New Zealand, South Africa, Australia, Afghanistan, and defending champions West Indies. These teams are currently playing warm-up games to get accustomed to venues and conditions.

The main event accommodates 12 squads termed as Super 12. With eight spots already locked, the remaining eight teams will compete to secure the four remaining slots. Clumped into Group A and Group B, Ireland, Netherlands, Namibia, Oman, Papua New Guinea, Scotland, Bangladesh, and Sri Lanka teams are currently playing qualifiers. The top two teams from each group will qualify for Semi-Final 1 and Semi-Final 2. The winners of these two semi-finals will take on each other in the World Cup Final on November 14.

The top two teams with maximum points from Group A and Group B will advance to the Super 12 phase of the tournament. The Super 12 squads will be split into Group 1 and Group 2. The complete schedule is as follows:

For India, Star Sports is the official broadcaster of the ongoing T20 World Cup. Doordarshan Sports will partially cover the event (all India matches in Super 12 games, semifinals, and finals).

If you have ditched the cable and satellite TV in favour of streaming services, a Disney+ Hotstar subscription is all you need. It is worth noting that the company dropped its entry-level ₹399 annual VIP plan earlier this year.

Disney+ Hotstar is now available with two subscription plans: Super (₹899) and Premium (₹1,499). The Super subscription is capped at Full HD resolution whereas the Premium plan enables you to enjoy 4K streams. The latter also offers an ad-free experience. You can find more details in the image below.

For those looking for a better deal, broadband providers Airtel and Jio bundle free access to Disney+ Hotstar with select Airtel Fiber and Jio Fiber plans, starting at ₹999 (excluding GST). For finer details on Airtel’s broadband services, head over to this link. To learn more about Jio’s Internet plans, visit this page.

Airtel has pretty similar plans for its users. Its ₹499 prepaid plan comes with Disney+ Hotstar mobile along with 3GB data per day and 28-day validity. The company also offers 56 days and 356 days plans as shown in the image below.

Unsurprisingly, Jio’s ‘Cricket Plans’ aren’t too different. For ₹499, you get Disney+ Hotstar mobile subscription in addition to 3GB of data per day and 28-day validity. The ₹666 (suits Reliance) recharge comes with 56-day validity and 2GB of data per day. There are a couple of more plans listed below.

No matter which subscription plan you settle for, make sure to select it before India locks horns with Pakistan on October 24, 2021. Unfortunately for people from Pakistan, we don’t offer our TV damage protection plan in the neighbouring country.