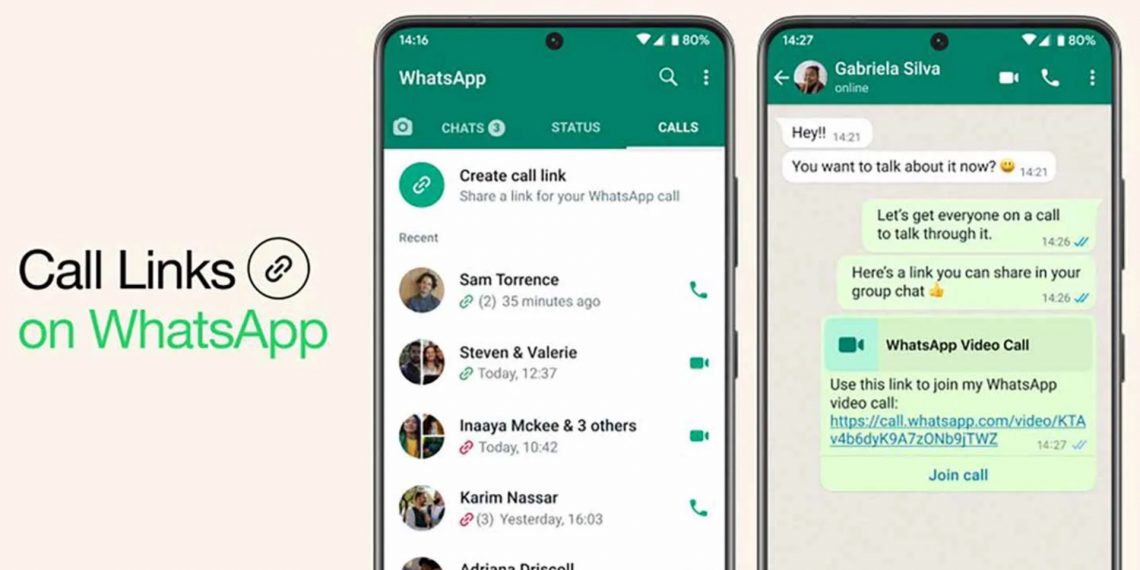 WhatsApp is rolling out call links and video-call support for 32 people. Links for video calls are a common thing for apps like Zoom and Google Meet, and now WhatsApp is taking a clear inspiration from them. The feature lets you share a link to anyone to join an ongoing call with family and friends.

Mark Zuckerberg announced the feature on Monday, stating that users can now join WhatsApp calls through the link with a single tap. He further said that the messaging app is testing 32-people encrypted video calls. This extended group call feature was actually announced back in April, and it appears to be rolling out to a select set of users now.

WhatsApp would earlier only allow a maximum of eight people on a video call. Now, it plans to take the count to 32, and will not be charging users for the feature or add a call limit on the calls, which we are quite sure would be quite resource intensive for the company to handle.

The option to create a call link can be found in the calls tab. Users can create a link and share it with friends and family for them to join the call. However, there remain a few questions about the feature. It’s not clear as of now if a person who does not have a WhatsApp account can join the call with the link. We are also not sure if call links can be used to schedule a video call.

Also Read
WhatsApp To Soon Stop Working on Several iPhones, Android Phones. Is Your Phone In This List?

The Call Link feature is rolling out this week to all users, but it will be done in phases. WhatsApp automatically adds new features without you having to update the app manually, so keep checking your app to see if the feature has arrived.

WhatsApp has been on an update spree lately, adding several new features for its users. It added the ability to react to messages with emojis, allowing users to leave groups silently, increasing the limit in groups, announcing a new Community feature and more. Which feature are you most excited about?