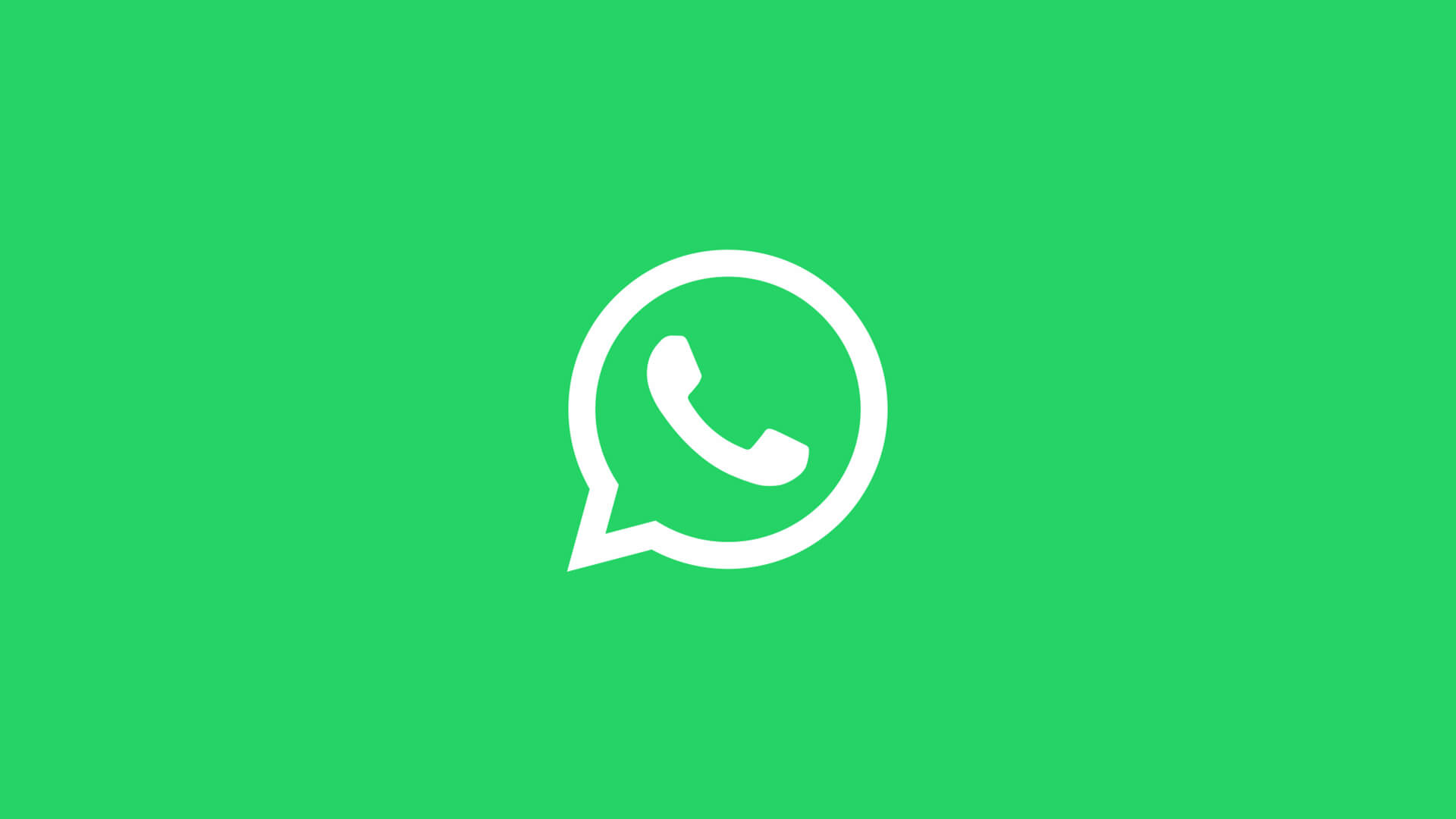 WhatsApp is among the most popular IM (Instant Messaging) apps in the world. It has received various features over the years, and Facebook has been adding more features every year. However, one feature that people have been requesting for a long time is support for multiple devices for the same WhatsApp account. For some reason, the feature hasn’t been released yet by WhatsApp even though a similar feature is available on many other IM apps like Facebook Messenger, iMessage, Skype, and Telegram. However, the company is now looking to bring multi-device support to WhatsApp along with a few new features.

WhatsApp To Get Support For Multi-Device Usage, Disappearing Messages, View Once Mode 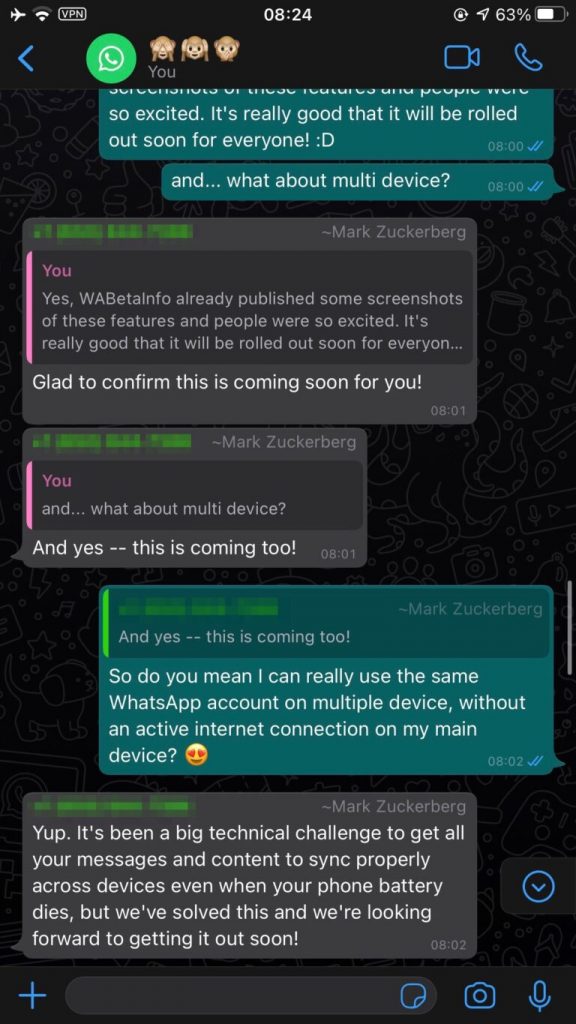 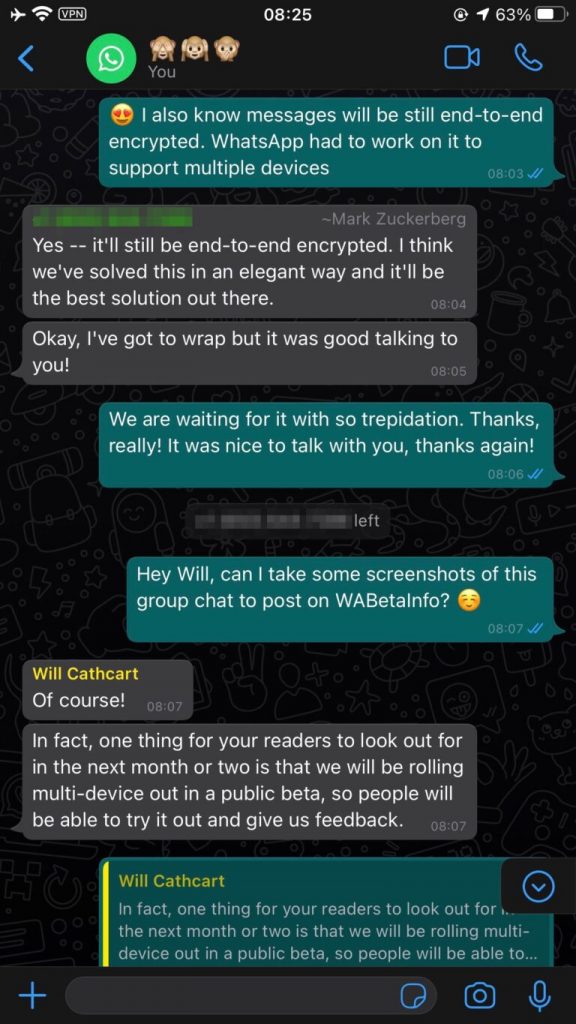 In an unexpected interview given to WABetaInfo via a WhatsApp group chat, Facebook CEO Mark Zuckerberg announced that the company had been working on bringing multi-device support to WhatsApp for years. He said that the multi-device feature will be rolled out after a few months and that it will support up to four devices at once. It means that you can use the same WhatsApp account on up to four smartphones at the same time.

WhatsApp’s multi-device feature will be compatible with end-to-end encryption. Moreover, even if the primary device isn’t connected to the internet, the other devices logged into the same WhatsApp account would be able to send and receive messages. Will Cathcart, Head of WhatsApp, said that the multi-device feature could one day pave the way for the WhatsApp app to be available on the Apple iPad. 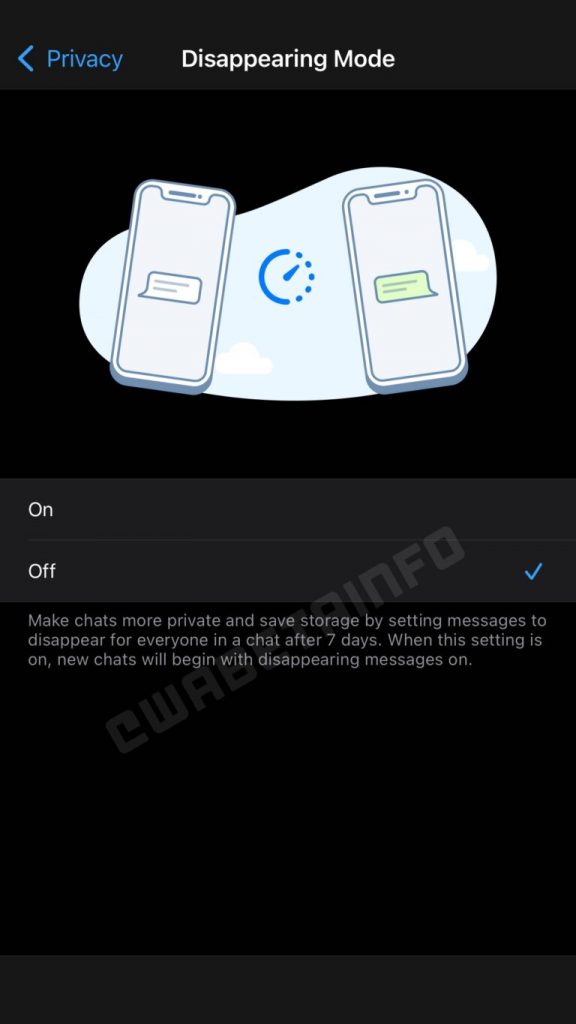 The View Once mode, when activated, would let the receiver of the message see photos or videos just once before they automatically get deleted. Basically, this mode will act similar to Snapchat where messages self-destruct after they are played back once. Both these features will be available in the beta version of WhatsApp that will be released after a few weeks.

5 Best Apps to Secure Your Smartphone

Tips To Never Run Out Of Phone Storage

The Best Free Apps to Backup Your Android Phone