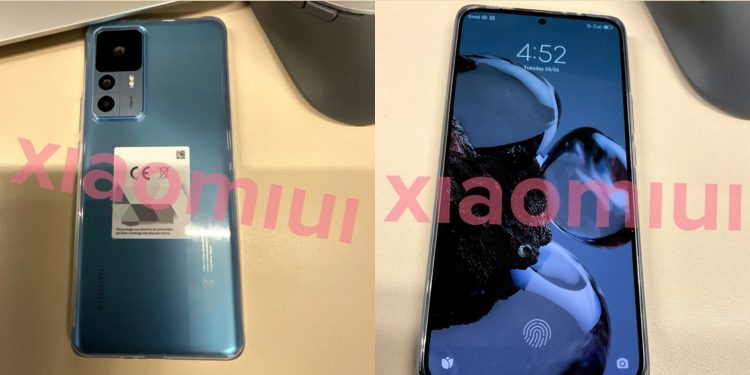 The rumoured Xiaomi 12T has finally appeared in a set of real-life images, revealing its design. A Xiaomiui reader shared with the publication that the handset is on sale in Peru, where the tipster was able to acquire it from retail locations even before the smartphone was officially released. While the company hasn’t officially announced anything about the series, the Xiaomi 12T series is expected to include two phones—the Xiaomi 12T and the Xiaomi 12T Pro. Both phones are expected to be released later this month.

According to Xiaomiui, a customer in Peru was able to get their hands on the Xiaomi 12T before the phone’s official release. The images shared by the user reveal that the phone looks a lot like the Redmi K50 Ultra.

Based on the screenshots and photographs, the upcoming Xiaomi 12T will have a 6.67-inch 1.5K 120 Hz AMOLED with a hole punch display on the front. At the heart of the phone is the MediaTek Dimensity 8100 Ultra. For optics, there’s a 108MP camera at the rear, paired with an 8MP ultra-wide-angle camera, and a 2MP depth sensor. On the front, you will be able to find a 20MP shooter for selfies and video calls. A 5,000mAh battery powers the phone and supports 120W charging.

Furthermore, the device runs MIUI 13 on Android 12. The charger is included in the retail packaging. The phone is available in memory combinations of 8GB + 128GB and 8GB + 256GB. The higher-end model with 8GB + 256GB is available for purchase for around $616 in Peru.

The Xiaomi 12T Pro, as revealed in an earlier report, will have a 200MP primary, an 8MP ultra-wide and a 2MP macro camera unit on the rear. Powering the device will be a Snapdragon 8+ Gen 1 SoC paired with LPDDR5 RAM, UFS 3.1 storage, and a 5,000mAh battery with 120W fast charging support.