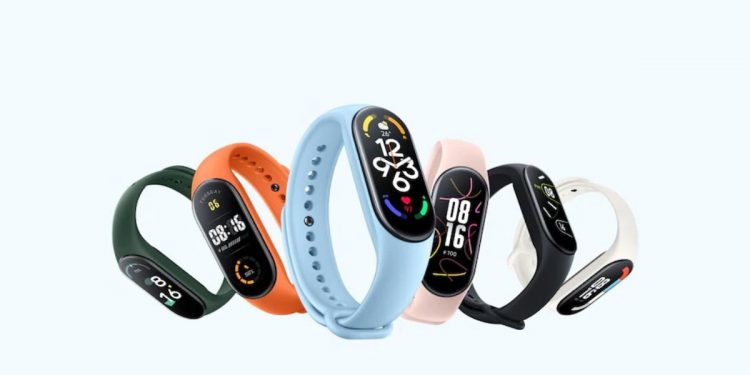 Xiaomi launched the Mi Smart Band 7, as a successor to the Mi Smart band 6, in China last month. The Mi Smart Band 7 was reported to launch in India alongside the Xiaomi 12 Ultra, which is scheduled to be launched in July 2022. However, the wearable has already been spotted on the Bureau of India Standards (BIS) certification website, thus hinting that it may launch before the anticipated timeline.

The Mi Smart Band 7 has also been spotted on certification websites such as Infocomm Media Development Authority (IMDA) and NCC. The European pricing of the smart band was also leaked in the past. Let us take a look at the specifications of the upcoming Xiaomi Mi Smart Band 7.

The Xiaomi Mi Smart Band 7 flaunts a 1.62-inch full screen AMOLED touch Always-On display. It is reported to have 25 percent more viewable area when compared to its predecessor, the Mi Smart Band 6. The wearable comes with support for over 100 customisable band faces as well as a range of health-related features including heart rate monitoring, sleep monitoring, SpO2 monitoring, and women’s health tracking.

Furthermore, the Mi Smart Band 7 supports a total of 120 sports modes and four professional sports data analysis such as recovery time and training load, among others. Speaking of the battery, it is reported to deliver up to 14 days of battery life on a single charge. The smart band gets a magnetic port for charging.

In terms of connectivity, the Mi Smart Band 7 features Bluetooth v5.2 and NFC. Plus, it offers support for call as well as message notifications. The Xiaomi Mi Smart Band 7 also comes with a 5ATM rating for water resistance.

Will you be interested in buying the Xiaomi Mi Smart Band 7? Do let us know in the comments section below.