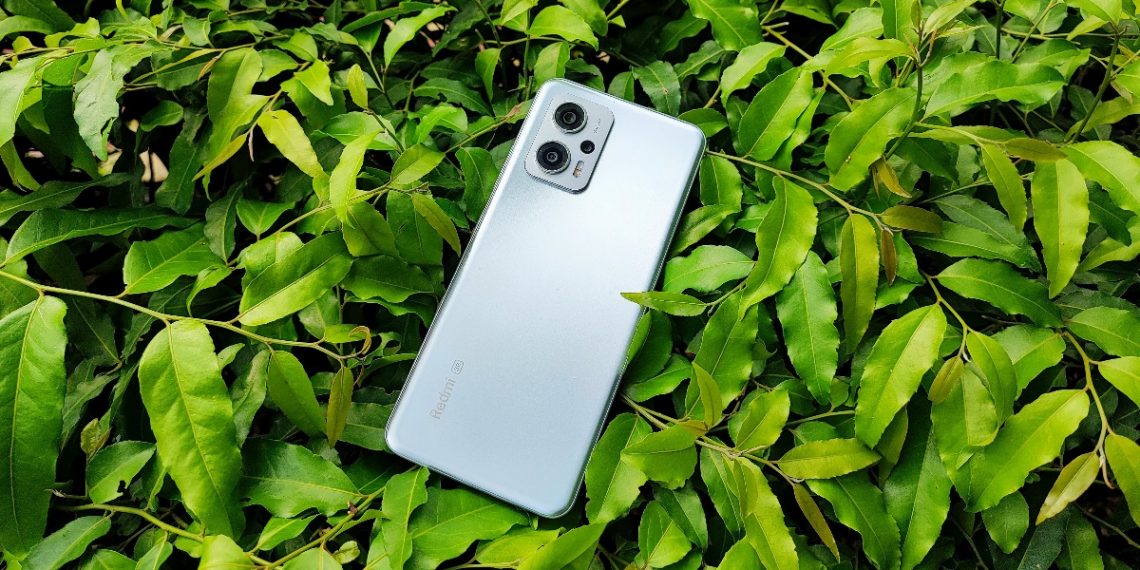 After the wild success of Xiaomi’s Redmi K20 and the Redmi K20 Pro smartphones, the company went awfully silent with its high-end lineup. The Redmi K20 series still maintains a substantial user base despite being released more than three years ago. Redmi’s choice to postpone the launch of a K20 replacement initially appeared puzzling, but things have changed since then. With the introduction of the Redmi K50i a few months ago, Xiaomi’s sub-brand has resumed its mid-range lineup.

The rivalry in this industry is fiercer than it has ever been, thanks to players like Motorola, OnePlus, Realme, and Samsung, all pouring their weight behind it. With a starting price of ₹25,999, the Redmi K50i has the pricing factor on its side. For that money, you get a dependable camera system, a respectably powerful processor, and an unexpected display choice. Will the K50i carry forward K20’s legacy? Let’s find out in our long-term Redmi K50i review.

The Redmi K50i maintains a design aesthetic that is quite usual for products in this price bracket. Only the fit and build quality distinguish them from one another. The phone’s entire exterior is constructed using plastic, and the screen is protected by Gorilla Glass 5. The device is available in three colours, but for this review, we have the Quick Silver colour variant with a coarser finish and subtle colour-changing capability.

There is a sizable rectangular camera housing on the back, featuring two separate rings for the camera sensors and the Redmi logo on the bottom. The phone’s front features a large Liquid FFS LCD with thick bezels and a punch-hole-shaped display cutout in the middle that conceals the selfie camera. The display’s bezels are a bit thicker than most competitors, which is to be expected on a phone with an LCD screen.

Moving to the button placement, the volume rockers and the power button, which doubles as a fingerprint scanner, are on the right, leaving the left side empty. On the bottom, close to the SIM tray, are the loudspeaker and USB Type-C port. The earpiece is tucked between the display and the outer frame, and a second speaker, a high impedance 3.5mm audio connection, and an IR blaster are on the top.

The Redmi K50i features a 6.6-inch Liquid FFS LCD with a centre punch hole and Corning’s Gorilla Glass 5 protection. The phone feels and looks premium because of the cover glass’s softer curvature. The display has a maximum refresh rate of 144Hz and a touch sampling rate of 270Hz. This is what Redmi refers to as an adaptive panel, and it can alternate between a total of seven refresh rates—30Hz, 48Hz, 50Hz, 60Hz, 90Hz, 120Hz, and 144Hz—depending on what is being presented on the screen.

The K50i is the only smartphone in its price range with a 144Hz screen, but the criticism is directed at the display technology. Instead of using an AMOLED panel that the K20 series employed, Redmi opted for an LCD panel for the K50i in order to cut costs. To address some complaints, Redmi has added a premium LCD display to the phone that is HDR10-certified and can even show Dolby Vision content on selected OTT services.

The display worked brilliantly during our extensive use, maintaining its footing and delivering on all crucial fronts. Whether it be the lifelike hues or the outdoor visibility. However, the blacks are not nearly as deep as any OLED panel. The Redmi K50i’s pixel-rich panel supports Dolby Vision and is HDR10+ certified, so the video appears clean and crisp. HDR video streams on Amazon Prime Video tended to be a little bit dark, but Netflix’s compatible content looked flawless.

The Redmi K50i runs Xiaomi’s MIUI 13, which is based on Android 12. The new widgets, permissions manager, and privacy dashboard are all included in this MIUI update and are all crucial Android 12 improvements (called Privacy Protection). Even while MIUI 13 still contains some bloatware, such as some third-party applications bearing the Xiaomi name, it is an improvement over earlier iterations. There is currently no official way to disable the obnoxious pop-up notifications telling you to upgrade apps through the GetApps store, but we are hopeful that this will change in upcoming versions. You can still use some unofficial ways, as explained in our in-depth article, to disable bloatware and ads on Xiaomi and Redmi phones.

MIUI is a feature-packed custom Android skin that adds fluid transitions and functionalities. You can customise the phone’s homescreen layout, theme, and wallpapers during setup. The UI is filled with smart gestures that may be used to perform actions like the 3-finger motions. We really enjoyed the inclusion of a smart home control panel in the notifications panel and would like to see other OEMs adopt this strategy. Apart from this, the UI was easy to use, and we had little to no issues during our review.

The Redmi K50i is one of the best-performing smartphones for the money since it doesn’t skimp on performance. It is powered on the MediaTek Dimensity 8100 processor, which rivals the Qualcomm Snapdragon 888 and above. The ability of this chip to deliver consistent performance without facing thermal issues is well-known in the smartphone space. Just for a safety measure, Redmi has still added a significant vapour cooling chamber.

When we put the Redmi K50i through its paces, we barely noticed any latency or general UI sluggishness. Periodically, this phone exhibits the same aggressive RAM management seen on other phones running MIUI. Now there are additional ways to access expanded virtual RAM, which is more popular in contemporary custom skins. We played a few games throughout the testing period and discovered that PUBG, Call of Duty: Mobile, and Valorant performed smoothly at medium to high graphic settings and were rather enjoyable.

The K50i also reintroduces the 3.5mm audio port, and it is not a common implementation. The company has used a high-impedance DAC that can readily run most high-end audiophile-grade earphones and many headphones. Similarly, the phone has a stereo speaker setup that produces punchier audio. There is an equaliser and a range of Dolby Atmos audio presets, so you may customise the sound to your preferences. Overall, the Redmi K50i is a serious content consumption smartphone just based on these audio-video qualities.

The Redmi K50i features a triple-camera arrangement on the rear. It has a 64MP primary camera, an 8MP ultrawide camera, and a 2MP macro camera. For selfies, the phone sports a 16MP camera on the front. For anyone who has lately used a Xiaomi phone, the camera app will be familiar, with liberal use of AI, and well-defined shooting modes, along with in-built filters.

The phone’s main camera can produce some decent images in both good and poor lighting conditions. Although not as good as the primary camera, the ultrawide camera was great for taking landscape photos and was able to capture some decent detail. Shots taken with the macro lens are mostly acceptable, but we would like the company to use a telephoto camera instead of using a puny 2MP macro camera. There is still room for improvement in the selfie world. The selfie camera works well all day long, but when used in bright surroundings, it has a tendency to blow out backgrounds in portrait mode.

When it comes to video recording, the K50i’s main sensor can capture 4K videos at 30 frames per second. The overall result is, at most, passable and certainly not the best. The jerky footage makes the absence of OIS felt. And EIS also doesn’t perform well. Despite this, the camera still produces usable footage in bright light conditions.

We have found no problems with the Redmi K50i’s battery life to report. In our extensive testing, the phone’s dependable 5,080mAh battery easily provided a full day of use with 30% or less remaining in the tank. The included 67W fast charger took less than 70 minutes to fully top up the battery.

Xiaomi Redmi K50i Review Verdict: Who Should Buy It?

The Redmi K20 series started a tradition that is continued by the Redmi K50i, although not fully. The smartphone has various advantages. For instance, the software is reliable, the processor performs superbly, and the software has a competitive feature set. Another quality of the smartphone that deserves praise is its battery life, along with the 67W faster-charging capability. There is a typical camera setup that produces decent-quality shots but needs improvement.

The K50i gives its best in some categories, but on the whole, it is not as good an all-rounder as the Redmi K20 Pro was. Gamers and power users will appreciate this phone’s focus on performance, while others would be left wanting something a little more, especially in terms of camera quality.

The Xiaomi Redmi K50i tries to fill the gap left by the K20 series, and it mostly succeeds. The phone performs well in performance-driven activities like gaming, but it struggles with imaging, one of the strong suites of the Redmi K20 series. We wholeheartedly recommend the K50i to gamers and power users, but those looking for a more well-rounded phone will need to look elsewhere.