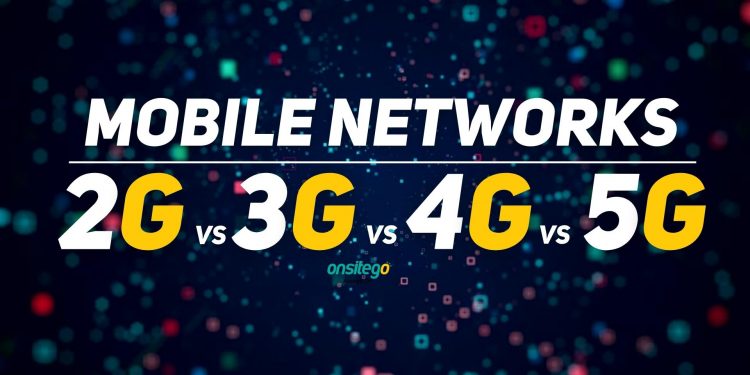 We have come a long way in mobile phone communication. From pure voice calls to ultra-high-speed internet connectivity, mobile phone networks have improved multiple folds over the past few decades. From 1G in 1979 to 5G in 2018, there has been a significant improvement in connectivity and data transfer speeds. 5G smartphones are quite common these days. So, what is the difference between 2G, 3G, 4G and 5G? How do they compare against each other and what are the advantages of a 5G network over previous-generation networks?

A breakthrough wireless mobile telecommunications technology has been developed nearly every decade since the introduction of 1G back in the early 1980s. They differ in terms of speed and features. In this post, we will explain the differences between all the mobile phone cellular network standards: 2G vs 3G vs 4G vs 5G.

The earliest mobile communications generation, 1G, was all about voice. With the introduction of 2G, a narrow messaging layer was added so that you could send text messages. The transition to 3G provided the necessary core network speeds and introduced internet connectivity and web browsing. With its rapid data transfer speeds, 4G offerd buffer-free video streaming and opened the path for connected IoT devices and services.

5G is the fifth-generation technology standard for mobile phone networks. 5G is designed to function across a larger spectrum of radio frequencies, allowing carriers to increase their network services in the ultra-high mmWave bands. With 5G, we can expect faster download speeds, reduced latency, faster online tasks, and more.

5G vs 4G: What Are The Advantages?

The most important advantage of 5G over 4G is much faster data transfer speeds. 5G networks allow data download speeds of up to 20Gb/s, which is insanely fast. To give you an idea, 5G offers 20x faster data transfer speeds than 4G. The upgraded wireless technology also promises latency of less than one millisecond, allowing for more reliable IoT and more immersive AR, VR, and MR experiences. It also opens up possibilities for autonomous vehicles and more.

Power consumption is also projected to be lower than with 4G. 5G will open up the space for a slew of new options in both personal and professional segments. Companies could reap the benefits of strategically distributed processing capacity with the migration to cloud databases, allowing more data to be processed and stored on the cloud than on a local system.

Connected and autonomous vehicles can work better on 5G networks. Vehicles may be able to interact with other vehicles in real-time, exchanging data about traffic conditions and crashes. Remotely controlling heavy industrial machinery and robotics has become a possibility with 5G networks, thanks to reduced latency. Through Augmented Reality (AR), various industries could take the advantage of 5G networks.

Over the past year, Indian telecom operators have been running 5G trials in various parts of India using the trial spectrums allotted by the DoT (Department of Telecom). Vodafone Idea (Vi) managed to achieve a peak data rate of 3.7Gb/s in the mmWave spectrum during a testing run conducted in Pune.

Note: Although the download and upload speeds mentioned above appear promising and are much faster than 4G speeds, keep in mind that when 5G services are made accessible to end consumers, real speeds may be slower. This is because the network is then used by millions of users concurrently, and the download speeds are spread across all the users. That said, in most circumstances, 5G speeds will outperform 4G and provide a considerably better internet experience.

5G rollout debut date is a popular subject in the Indian market. Even though telecom operators have not confirmed when 5G networks will be launched in India, it is expected to happen sometime in the second half of 2022. All major cellular network carriers in India—Airtel, BSNL, Reliance Jio, and Vodafone Idea—will introduce their 5G networks in India. BSNL is yet to still completely roll out their 4G services in the country, but that’s expected to happen by the end of the year and its 5G rollout could begin in 2023.

The Department of Telecommunications (DoT) has indicated that 5G connectivity will be available in 13 locations throughout India by the end of 2022. A list of cities where initial 5G services would be available includes Delhi, Gurugram, Bengaluru, Kolkata, Chandigarh, Jamnagar, Ahmedabad, Chennai, Hyderabad, Lucknow, Pune, and Gandhi Nagar, according to the Indian government.

The Indian government is likely to hold 5G spectrum actions in early June 2022, said Indian Telecom Minister Ashwini Vaishnaw. Telecom operators such as Airtel and Jio might begin rolling out their 5G services within 2 to 4 four months of the 5G spectrum action. Hence, we may see early 5G services beginning in the month of August 2022 in India.

Is It Worth Buying 5G Phones Right Now?

Apple, Motorola, OnePlus, OPPO, Realme, Samsung, Vivo, and Xiaomi are all heavily marketing 5G smartphones in India, but is it really worth getting a 5G phone right now? The answer is, that it depends. Let us explain.

If you’re upgrading merely to get your hands on a 5G smartphone, you could be making the wrong decision right now. This is due to a variety of factors. First and foremost, there are no 5G networks in India right now. There’s no clarity on which 5G bands would be used in India, so if you buy a 5G phone today, it is possible that it won’t function with your carrier’s 5G network.

However, if you’re looking to upgrade your phone right now and plan to keep it for the next three to four years, a 5G smartphone would be a wise investment. When making a purchase, 5G should not be your first priority. Moreover, when activated, the 5G modem could reduce the phone’s battery life due to higher power consumption.