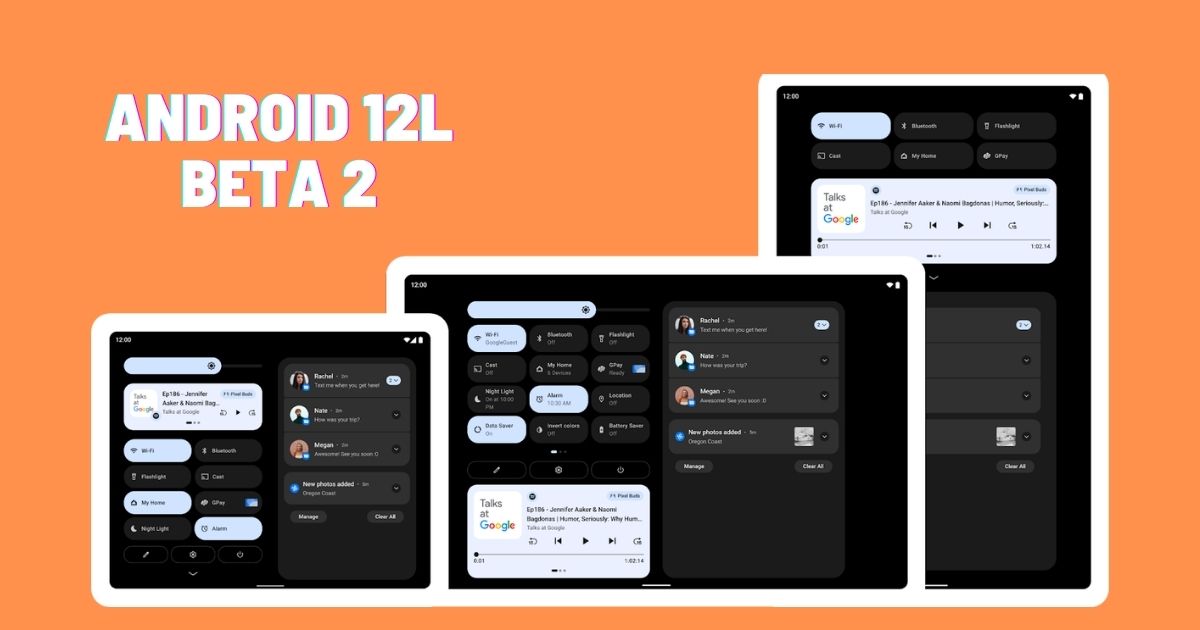 Last year, Google had unveiled Android 12L a few months after releasing the stable version of Android 12. Android 12L is tailor-made for large-screen devices like tablets and foldable phones, and it brings an updated design, a dual-pane UI for the notification menu and settings, a dedicated taskbar, and a lot more.

The Android 12L developer cycle took its next step, and the Beta 2 version has been released to compatible Pixel smartphones. Owners of Pixel devices who have enrolled in the Beta Program can now test Android 12L Beta 2 on their device.

Android 12L Developer Beta 2 is an incremental update and brings relatively minor changes. There are some bug fixes, but most importantly, it’s a step towards the public build, which is expected to happen in March 2022. Meanwhile, here’s Google’s official statement after the Android 12 Beta 2 release:

Starting at Beta 2, system behaviors and APIs are finalized. This is the time to begin final testing and development work needed to ensure that a compatible version of your app will be ready for users getting this update. 12L will have a standard API level (API level 32) at this time.

For those enrolled in the beta program, this is not the final beta build. There will be one more beta update coming next month before Google rolls out the stable version of Android 12L to the public. As for this update, the Android 12L Beta 2 comes with the build number S2B2.211202.006 and brings the January 2022 security patch.

The update will be available to the Android Emulator as well. Below is the changelog for your reference: