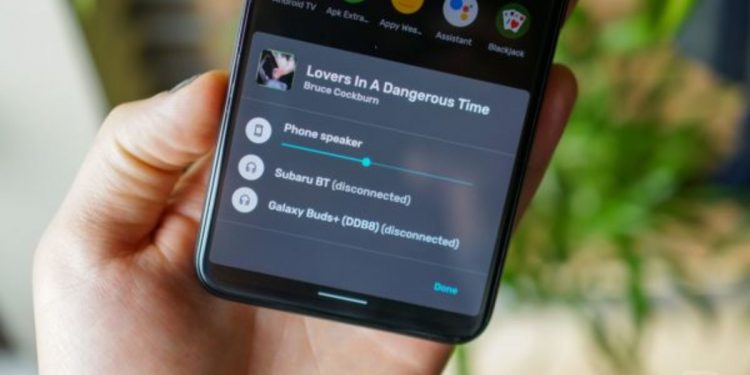 Alongside bringing a host of new productive features, the latest Android 13 update might also finally add Chromecast devices to the native audio switcher for Android. The feature was originally planned to be tagged along with the Android 11 software version, however, it was never rolled out. Now, the tech giant seems to be reviving the much-needed feature with the Android 13 rollout. Let us take a look at the details.

Chromecast Devices To Get System Audio Switcher Support Via Android 13

As spotted by Mishaal Rahman, a Technical Editor at Esper, a new version of the Google Cast SDK opens up this option, but it requires the app’s permission for it. When enabled, Chromecast targets on your network that appears in the audio switcher, and then allows you to move playback between your phone’s speaker, Bluetooth devices, and Chromecast targets all from a single UI.

Google says, “Output Switcher is a feature of the Cast SDK that enables seamless transferring between local and remote playback of content starting with Android 13. The goal is to help sender apps easily and quickly control where the content is playing.”

Apart from this, the tech firm is also planning on adding “Stream Expansion” to Android 13’s audio switcher. This will allow users to connect their stream to multiple “remote” Chromecast-compatible devices. As for the launch, both features are still under development and need some further updates to be finally made available to users.