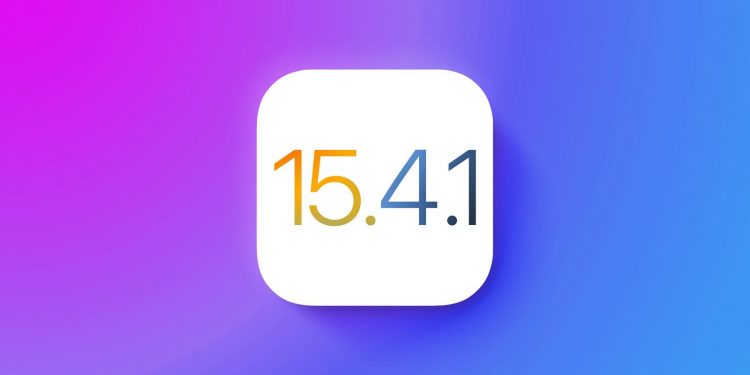 Apple has released two minor updates—the iOS 15.4.1 and the iPadOS 15.4.1 to the iOS and iPadOS 15 operating systems that were launched back in September last year. The latest software updates follow iOS 15.4 which was released a couple of weeks ago.

Both updates are available on all eligible devices OTA (over-the-air) and can be found in the Settings app. To install the update, users should head to Settings > General > Software Update. Let’s check out more details about the iOS 15.4.1 and iPadOS 15.4.1 updates.

According to Apple’s release notes, the iOS 15.4.1 update fixes an issue that could cause excessive battery drain in iPhones after updating to iOS 15.4. The update was released a couple of weeks ago to introduce features such as support for Face ID with mask, newer emojis, Universal Control, and a new voice for Siri for compatible iPhones.

Additionally, the update offers a fix for Made for iPhone hearing devices and Braille devices. Here are the known issues that the latest update will fix:

Furthermore, the iOS 15.4.1 and the iPadOS 15.4.1 updates will address one more vulnerability that could allow an application to execute arbitrary code with kernel privileges. Apple states that this issue may have been actively exploited, hence users should install the latest updates as soon as possible. Before hitting the download button, users should take a backup of their important data on the device.

As mentioned earlier, both updates are available on all eligible devices and can be downloaded for free. Apple has also released new tvOS 15.4.1, HomePod 15.4.1, macOS Monterey 12.3.1, and watchOS 8.5.1 updates alongside the iOS and iPadOS 15.4.1 updates.

Have you received the latest iOS 15.4.1 and iPadOS 15.4.1 updates on your iPhone and iPad devices? Do let us know in the comments section below.