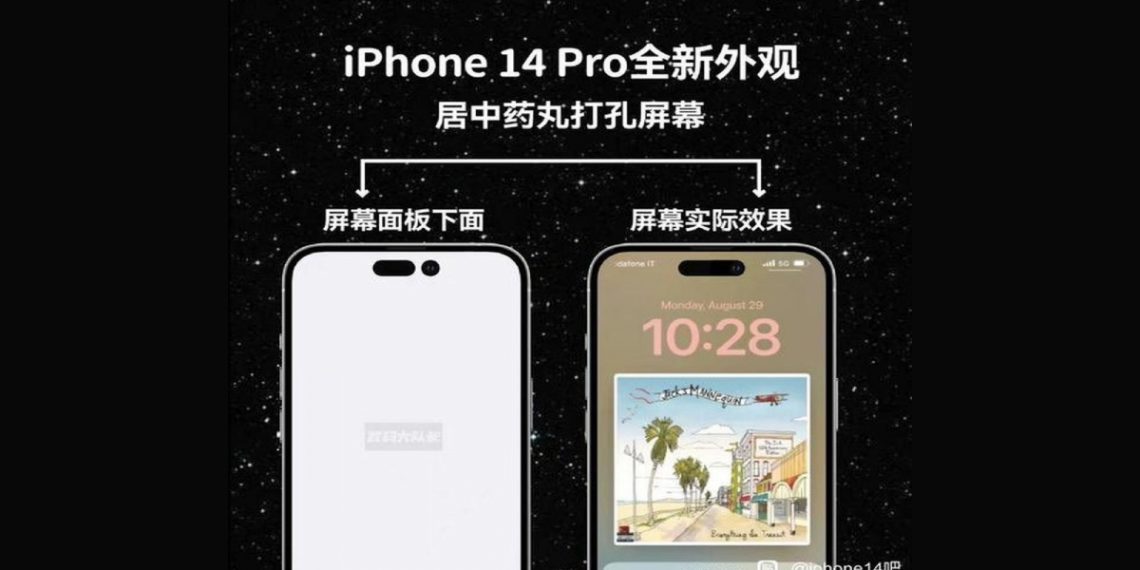 Apple will be unveiling its latest 2022 iPhones at its “Far out” launch event scheduled for next week. Now that we are not so far from the launch, new leaks and rumours have started popping out more than ever. It is not a secret that the new iPhone 14 series, at least the bigger ones, would be scrapping the display notch in favour of a pill-shaped + punch-hole camera cutout. However, as per a new rumour, the two cutouts could appear as one big pill-shaped cutout and not two different cutouts as speculated earlier.

MacRumors, citing its own sources, suggests that the brand may make use of the OLED display to switch off the pixels in between the two cutouts. This will make it appear like a long single pill-shaped notch. Reportedly, the news originated from Foxconn employees in China, who were involved in the iPhone 14 series production. Also, there have been many rumours about the same going around in the Chinese media.

A report by 9to5Mac suggests that the display area between the cutouts could serve as privacy indicators. The unlit pixels in the area could light up whenever the microphone or cameras are being accessed by an application. Also, it could act as a notification indicator for messages, missed calls, or other alerts. This in turn would free up some space for other UI elements on either side of the pill-shaped notch.

According to 9to5Mac‘s report, the camera app on the iPhone 14 series could come with a tweaked layout. The brand might move some camera controls to the top of the screen. The flash and the Live Photo buttons will be positioned in the status bar area, while the other functions will sit below the display cutout.

Apple is expected to release iPhones with 6.1-inch and 6.7-inch screen sizes this year. The 6.7-inch models are expected to get the newly designed notch, while the 6.1-inch ones might make do with the older notch found on the iPhone 13 series of smartphones.