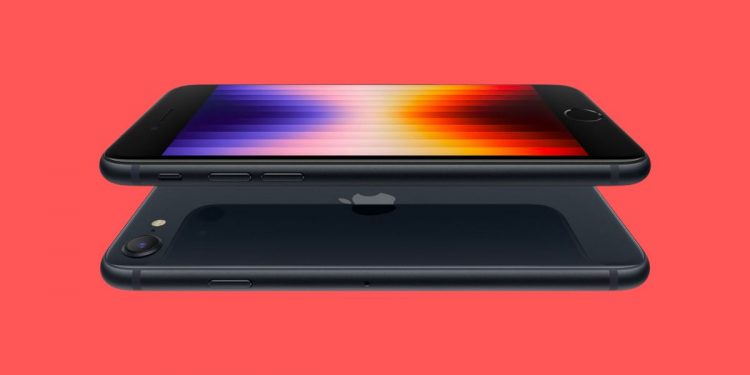 Rumours surrounding the iPhone SE 4 or the iPhone SE 2023 have been popping up on the internet for quite a while now. While some reports suggested that the iPhone SE 4 would feature a design similar to the iPhone XR, a new report has popped up, which suggests that there are still some questions about specific features of the upcoming device. As per reliable display analyst Ross Young, Apple has not yet finalized the display size or the display type of the iPhone SE 4.

According to a tweet by Young, his sources say that Apple is considering a few options for the iPhone SE 2023 (or iPhone SE 4) display. The first consideration is a 6.1-inch OLED panel from two different suppliers. Another one is an LCD panel, which could measure between 5.7-inch to 6.1-inch and will likely be obtained from two other suppliers.

While the 6.1-inch OLED panel option would make the device a more premium offering, one should be made aware that it will potentially lead to the device getting costlier as well. Meanwhile, using an LCD panel would help Apple keep the price of the iPhone SE 4 in check, thereby making it a much more economical offering for the customers.

Furthermore, opting for a smaller screen size would also help the potential customers who would be willing to upgrade from their existing iPhone SE device, as they will have a more familiar screen estate to play around with.

As for the launch date, the iPhone SE 4 is expected to launch sometime in 2024, contrary to the earlier speculations that Apple would launch the device in the summer of 2023.

What are your thoughts on the upcoming iPhone SE 4? Let us know in the comments section below.