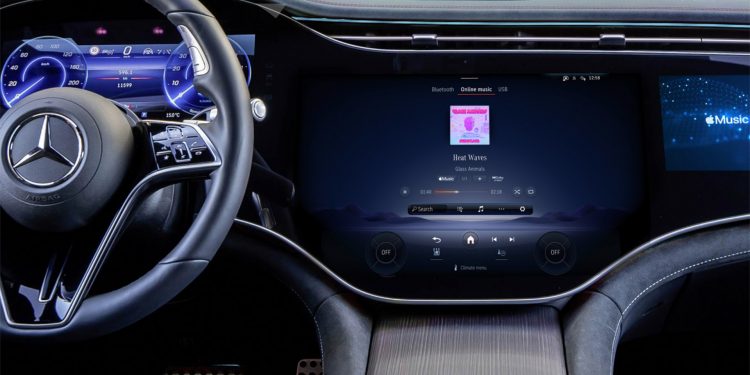 Car models with native Apple Music Spatial Audio support will need a 31-speaker Burmester 3D or 4D audio system. However, it will come at a price. Users will have to pay an additional cost of $4,550 for the 3D audio system and $6,730 for the 4D system. On top of that, you will need an Apple Music subscription to stream music with spatial audio.

In a joint statement, Apple and Mercedes said support for spatial audio will “equip these vehicles with studio-quality sound better than in any concert hall, and give riders a fully immersive listening experience with unparalleled, multidimensional sound and clarity.”

Apple had announced that the lossless streaming feature would come to cars in an event last year. Mercedes-Benz is the first car company to sign up for it, and it’s likely that other auto manufacturers will also jump onboard.

The limited edition Mercedes Maybach by Virgil Abloh, launched last month, becomes the first car to feature the superior spatial audio feature natively for Apple music. The car’s sound system runs on Burmester high-end 4D sound system, which includes 31 speakers including six 3D speakers dishing out sound from above, and four near-ear speakers in the front seat along with a subwoofer. The rest is made up of eight sound transducers and two amplifiers. The setup uses 1750W of power.