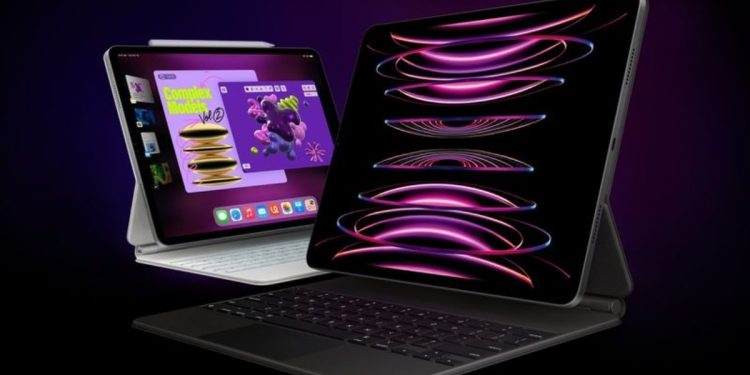 The sixth-generation iPad Pro series was just announced by Apple. The M2 processor, which originally made its appearance in the MacBook Air and 13-inch MacBook Pro earlier this year, powers the company’s newest flagship tablets. There are still just two models in the range, the 12.9-inch and the 11-inch variants, both of which have quite similar sets of features.

Apple has kept most of the specifications of the 6th Generation iPad Pro variants similar to the previous model. The 12.9-inch model still features a mini-LED Liquid Retina XDR display, while the 11-inch model has an LED-backlit Liquid Retina display. Both devices provide unrivalled mobile cinematic viewing experiences with HDR and Dolby Vision content along with ProMotion, True Tone, and P3 wide colour support.

Apple’s new M2 processor powers this new series of iPad Pro devices. The M2 chip offers up to 15 percent faster CPU speed and up to 35 percent faster GPU compared to the previous iPad Pro with the M1 chip. Users can shoot ProRes video for the first time and convert ProRes film up to three times quicker, thanks to the chip’s new media engine and image signal processor.

In terms of optics, the new iPad Pro lineup gets a dual camera setup on the rear with a 12MP main sensor along with a 10MP ultra-wide sensor which is assisted by a LIDAR sensor. Apple has retained the 12MP Ultra Wide TrueDepth sensor on the front, which supports Center Stage.

The second-generation Apple Pencil is now recognised on the new iPad Pro up to 12mm above the display, allowing users to preview their drawing. Furthermore, as the pencil approaches the screen when using Scribble, text fields expand automatically.

With download rates of up to 2.4Gbps, the new iPad Pro is the first Apple device to use Wi-Fi 6E. The lineup will run the new iPadOS 16 out of the box. The new OS will be formally announced on October 24, 2022, just ahead of the open sales.