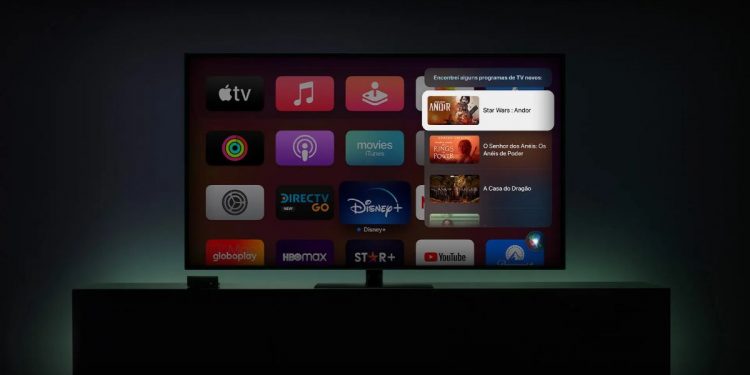 Alongside the release of the new Apple TV 4K, Apple has announced a new Siri interface to be rolled out with the tvOS 16.1 update for all supported Apple TV models. Siri on Apple TV can be used to perform various tasks such as search for movies, TV shows, songs, open apps, check the weather, and control HomeKit devices. The latest version of the Apple TV Operating System will bring along an all-new Siri experience to the Apple TV with a new design, personalized recommendations, and more.

The new Siri interface on Apple TV is quite similar to the one available on iPhones and iPads. Apple explains, “Siri on Apple TV features a complete redesign, and will be able to recognize each user’s voice, so they can easily access their movies, shows, music, games, and apps, and pick up where they left off. By using the Siri Remote and asking ‘What should I watch?’ users can get tailored recommendations.”

Notably, the latest tvOS 16.1 update for Apple TV will introduce Siri for the first time to users in Denmark, Luxembourg, and Singapore. As for the final rollout, the update will be released to the public on October 24, 2022.