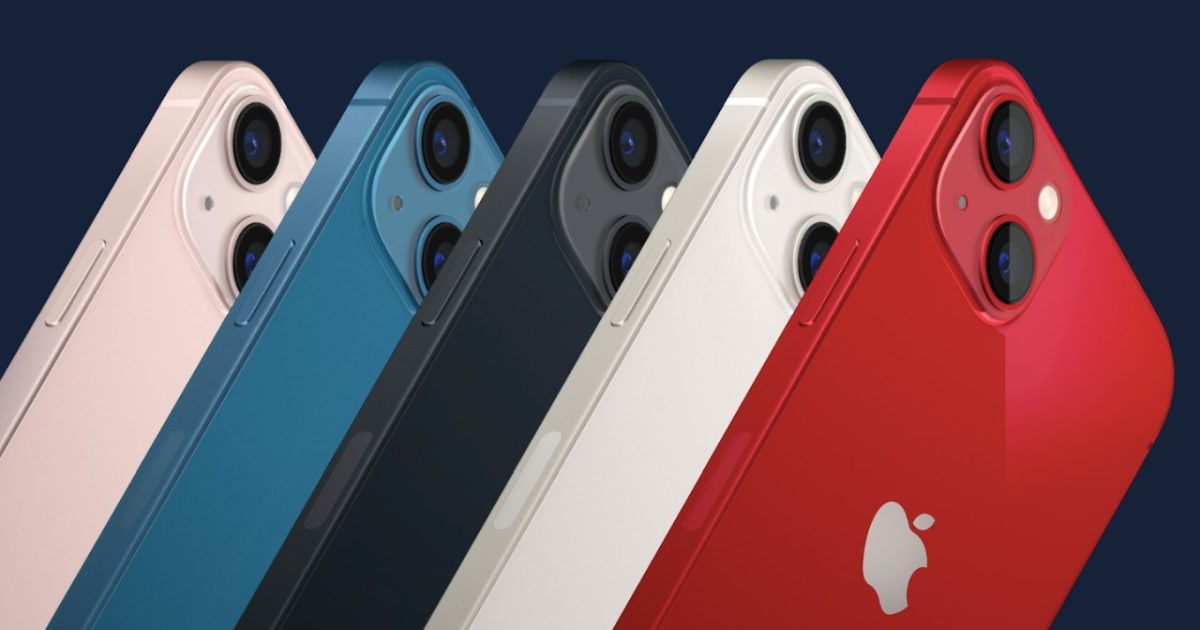 During today’s ‘California Streaming’ event, Apple took the wraps off the iPhone 13, iPhone 13 Mini, iPhone 13 Pro, and the iPhone 13 Pro Max. Both these handsets boast premium aluminium construction. According to the Cupertino company, the iPhone 13 and iPhone 13 Mini are rated IP68 for water and dust resistance. You shouldn’t be afraid to take either of them to the beach. Much like the last couple of iterations, Apple hasn’t made significant changes to the design. However, there are plenty of upgrades under the hood. For starters, the new iPhone 13 and 13 Mini come with a brand new processor, enhanced cameras, and top-notch OLED screens.

Both the handsets are powered by Apple’s custom-made A15 Bionic chip based on the 5nm fabrication process. It is fused with a quad-core GPU and 16-core neural engine. No word on RAM, as Apple remains secretive about it. Moving onto the storage, users will get to choose from 128GB, 256GB, and 512GB. The phone will support multiple 5G bands that cover around 60 regions. Other connectivity features include GPS, Wi-Fi 6, Bluetooth 5.0, UWB (Ultra Wideband), NFC, and Lightning Port.

The iPhone 13 sports a 6.1-inch OLED display, while the iPhone 13 mini as its name suggests settles for a compact 5.4-inch OLED panel. Both these screens pack in Full HD+ resolution and support HDR with a peak brightness of up to 800 nits. While the display specs seem pretty neat, Apple’s hideous notch isn’t going anywhere. However, this time around, it is 20% smaller than what’s found on the previous generation iPhones. The notch is narrower but very slightly taller compared to the iPhone 12 series.

In the photography department, both handsets are equipped with a 12MP primary camera and a 12MP wide lens to keep it company. The main shooter comes with Sensor-Shift Stabilisation to compensate for shaky hands. Apple has also baken in a Cinema Mode that offers features such as focus transitions, rack focus effect, and more cinematography tricks. Moving around the front, the iPhone 13 and 13 Mini feature a 12MP selfie camera with a depth sensor to power the Face Unlock feature. Both these handsets are capable of recording 4K videos at up to 60 fps. Dolby Vision 4K HDR 60fps video recording and slow-motion 1080p 240fps video recording modes are present as well.

The iPhone 13 lasts 2.5 hours longer than its predecessor. Similarly, the iPhone 13 Mini comes with 1.5 hours worth of additional juice compared to the iPhone 12 Mini. Apple won’t ship the charger inside the box to “save the environment”. However, it won’t mind shipping a variety of chargers and accessories in separate boxes as long as you shell out additional money. Both phones support 20W wired fast charging, 15W wireless MagSafe charging, and 7.5W Qi wireless charging. They lack reverse wireless charging that was rumoured earlier.

The iPhone 13 Mini and the iPhone 13 are already listed on Apple India’s online store. The smartphone will also be available through Amazon, Flipkart, Reliance Digital, Tata Croma, and various other online and offline retailers across India.