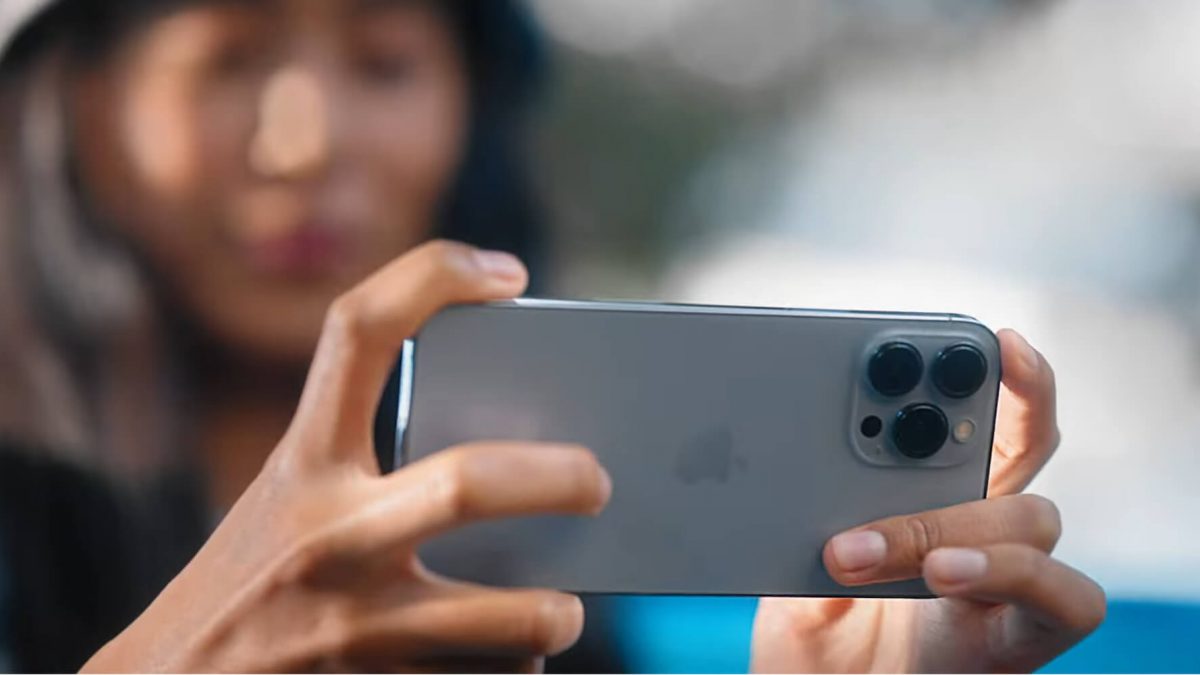 The iPhone 13 Pro and the iPhone 13 Pro Max have exactly similar camera setups at the front and the rear. Both smartphones feature 12MP front-facing cameras with Face ID for secure Face Unlock. At the rear, both smartphones feature a newer and better triple-camera setup with a LiDAR sensor. There is a bigger 12MP primary camera sensor with an F1.5 aperture, dual-pixel PDAF, and sensor-shift OIS. Then there’s a 12MP ultrawide camera with autofocus and an F1.8 aperture. The 12MP telephoto camera has 3x optical zoom, OIS, and autofocus. The 3D ToF LiDAR sensor is used for depth measurement and AR apps.

All the cameras on the iPhone 13 Pro and the iPhone 13 Pro Max can record up to 4K 60fps videos in Dolby Vision HDR and 4K 30fps ProRes videos. Please note that 4K 30fps ProRes video recording is only supported on 256GB or higher storage variants of the smartphones. 128GB variants are limited to 1080p 30fps ProRes video recording. Additionally, these new smartphones can also record Cinematic Mode videos that keep subjects (people, pets, and objects) in the frame automatically and offers a depth-of-field effect (similar to Portrait Mode for images). Slow-motion video recording is supported, too, but its resolution is limited to Full HD 1080p at 240fps. Time-Lapse videos support stabilisation and Night Mode.

To support the high-refresh-rate display, Apple has increased the battery capacities of its new iPhones. The iPhone 13 Pro uses a 3,095mAh battery, while the iPhone 13 Pro Max is powered by a 4,352mAh battery. Apple claims that both phones last longer than their predecessors. Both devices support 20W fast wired charging, 7.5W Qi wireless charging, and 15W MagSafe charging. Both smartphones support various MagSafe chargers, cases, mounts, and accessories. Other features include stereo speakers with Dolby Atmos, an IP68 rating for dust and water resistance, and Apple Pay.

Apple will likely offer some cashback offers on its latest iPhones in India, but those offers haven’t been announced yet. Both smartphones will go on sale via Amazon, Flipkart, Croma, Reliance Digital, Apple Store, and various other authorised online and offline retailers across India.