> Wearables > How to Choose the Best Apple Watch in India? A Buying Guide (2021) 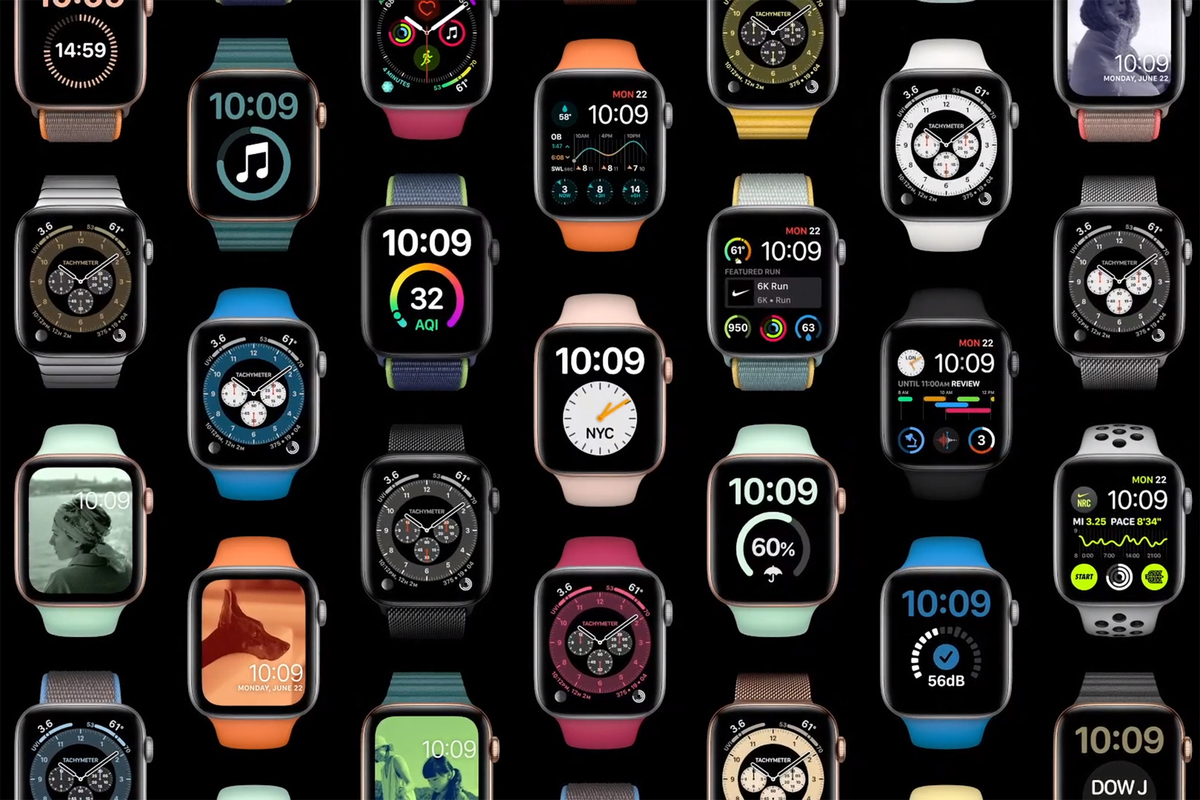 How to Choose the Best Apple Watch in India? A Buying Guide (2021)

It was never easy to choose the right Apple Watch. Since the first Apple Watch was released, Apple has been making dozens of variants, some with small screen sizes and some with large, some with silicone bands and some with metal, some with aluminium casing and some with ceramic. However, I used to straightaway advise people to go with the most affordable model of the larger screen-sized variant. But now, things have become even more confusing. Apple has been selling various up to three different generations of Apple Watches, and then there is a Nike version of each one of them. And I am not even talking about the differences in the screen size (38m vs. 40mm vs. 42mm vs. 44mm), case’s material (aluminium vs. stainless steel), wrist band material (fabric vs. metal vs. silicone), wrist band style (buckle vs. loop vs. sport), colour, or connectivity (GPS vs. GPS + Cellular). 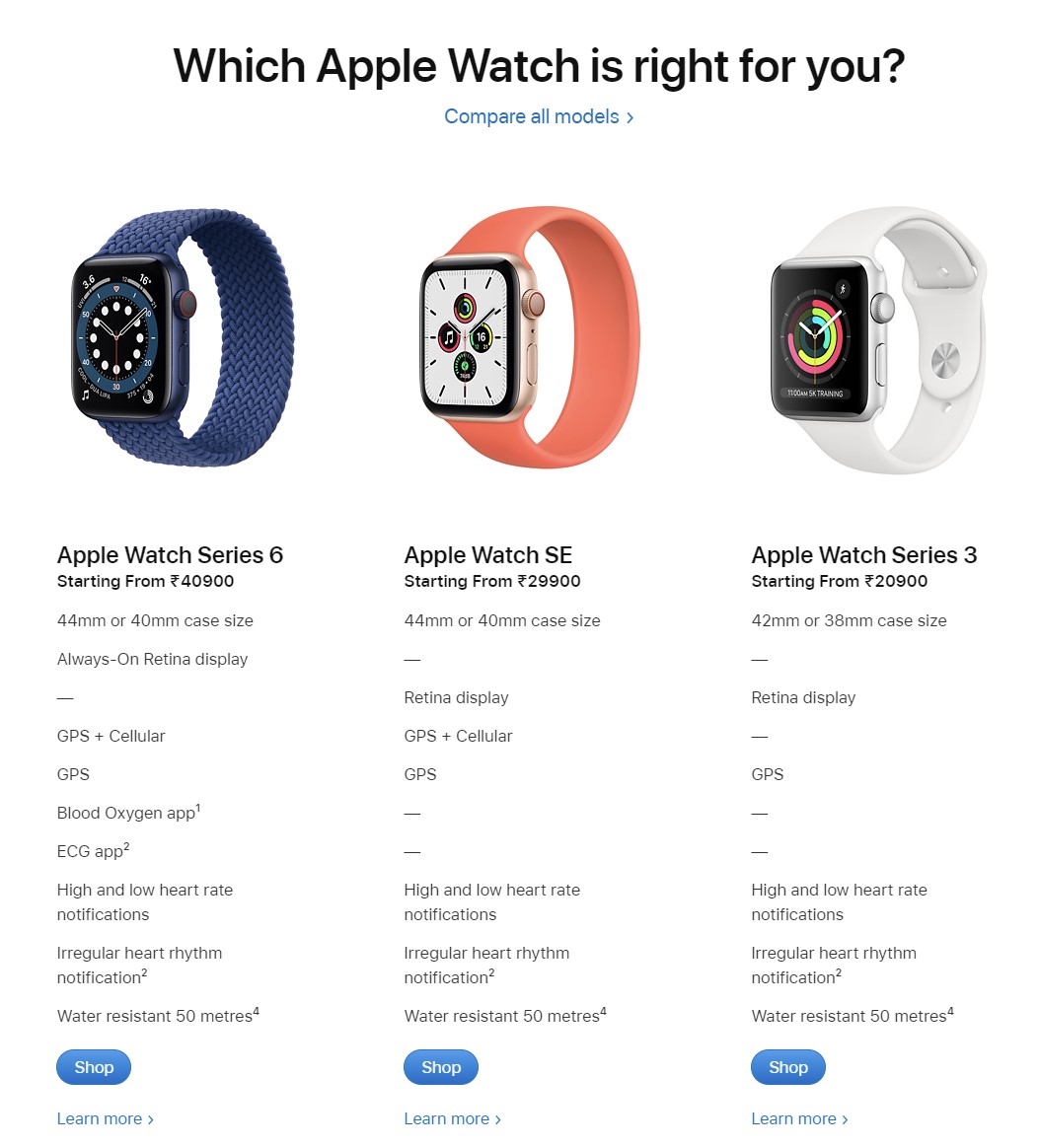 Things are so confusing that even Apple had to make a little comparison table to show you the differences between its smartwatches. So, if you are out to buy an Apple Watch, be aware that it could be extremely difficult to choose the right Apple Watch for you. To help you make a decision and to make your life a little easier, we have created this little guide to choose the best Apple Watch in India. 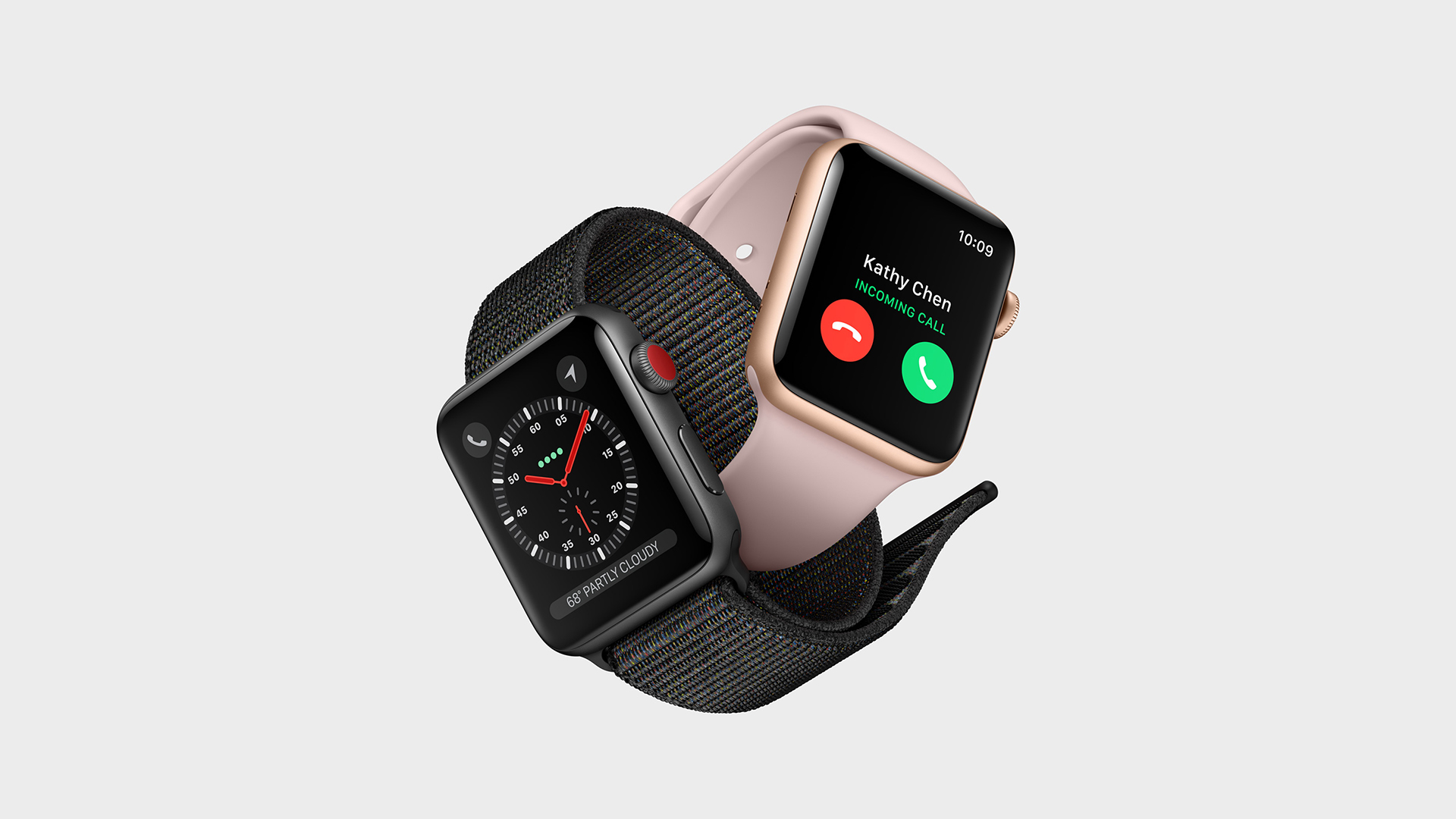 Apple is currently selling three Apple Watch models in India: Apple Watch Series 3 (2017), Apple Watch SE (2020), and Apple Watch Series 6 (2020). Naturally, the Apple Watch Series 3 is the oldest of the three and has fewer features than the other two models. It features a smaller screen (38mm and 40mm), has the slowest processor (Apple S3), the lowest storage space (16GB) and RAM (768MB), and relatively fewer sensors (accelerometer, barometer, gyro, and heart rate). Other features of the Apple Watch Series 3 include GPS, Wi-Fi b/g/n, Bluetooth 4.2, NFC, loudspeaker, microphone, a 341mAh battery with wireless charging, and IP68 rating for dust and water resistance (up to 50 metres). It comes in a model with eSIM and cellular connectivity. Unless you can’t spend around ₹30,000, I won’t recommend anyone the Apple Watch Series 3 because it is close to four years old and could soon lose access to watchOS updates. It won’t get new features in the future. 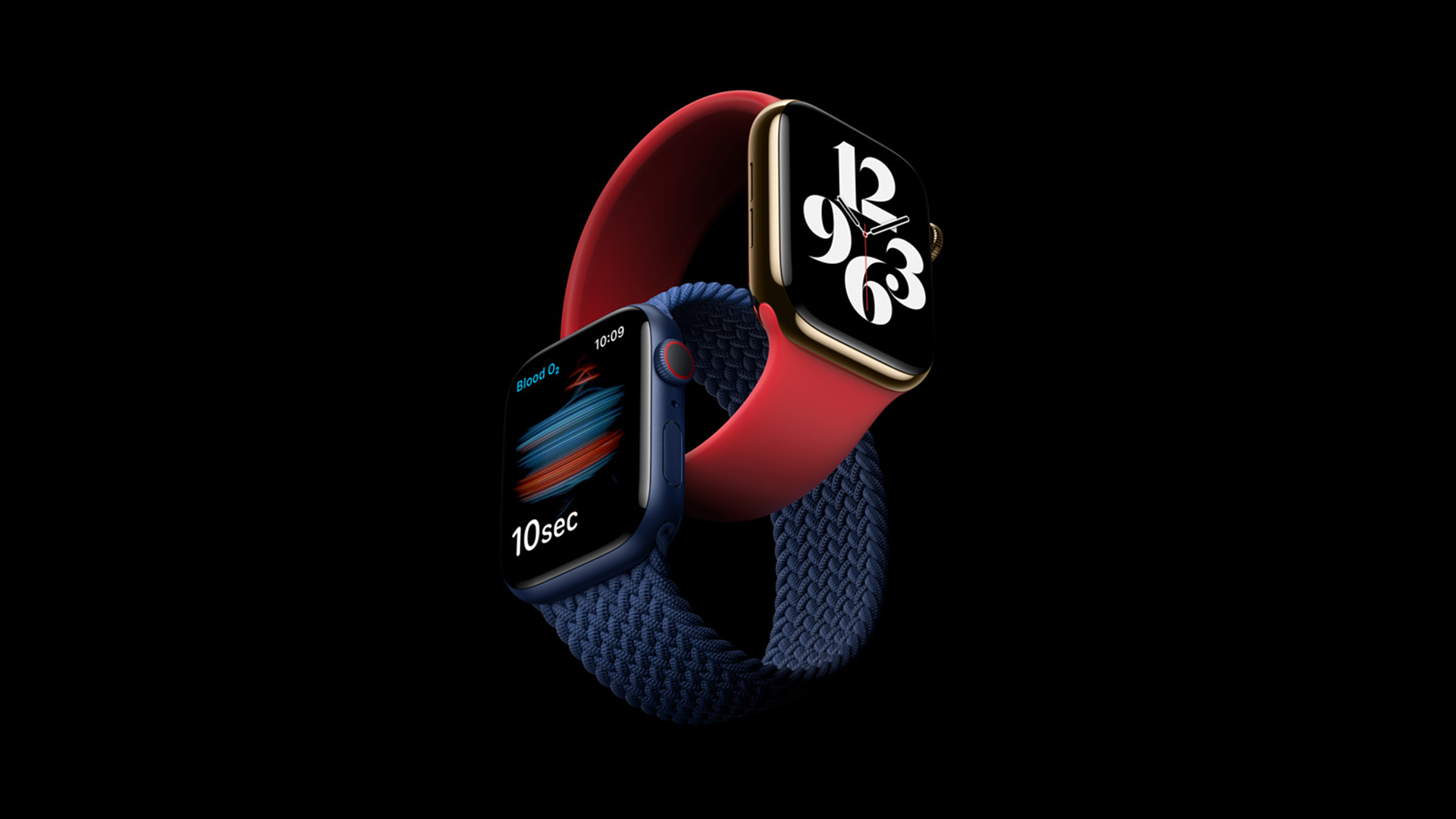 The Apple Watch Series 6 is the most feature-packed Apple Watch ever released (as of April 2021), featuring an almost bezel-less screen, the fastest processor (Apple S6), 1GB RAM, 32GB storage, a power-efficient LTPO OLED display with an Always-On Display mode, dual-band Wi-Fi, Bluetooth 5.0, GPS, NFC, and UWB (Ultra-Wideband). It has an accelerometer, always-on altimeter, barometer, compass, gyro, heart rate sensor, ECG, SpO2 Max and VO2max sensors. It has a microphone and loudspeaker as well and has an IP68 rating for dust and water resistance. Its price starts at ₹40,990 for the GPS model with a 40mm size. It is too costly for most people and I would recommend them only for those who want the absolute best Apple Watch model, money no bar, or for those who really want SpO2 Max or VO2max readings. 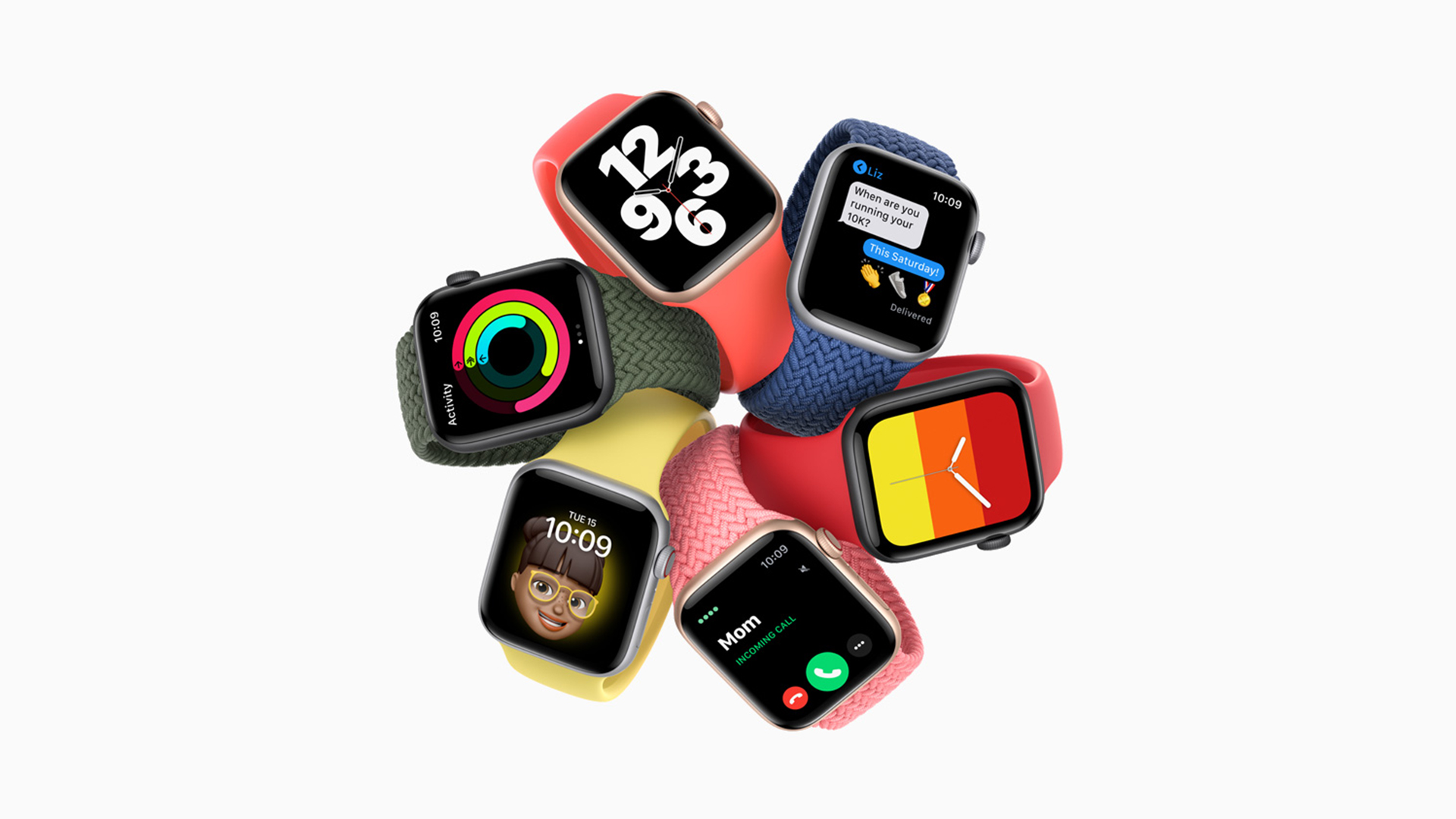 The Apple Watch SE has the best balance of features and pricing. It has the new, Apple Watch Series 6-like bezel-less screen with an LTPO OLED panel and Ion-X strengthened glass protection. It lacks the Apple Watch Series 6’s Always-On display mode, though, which means you can’t see the watch face when you are not actively using the watch or haven’t raised your wrist. It uses the year-old-but-still-very-fast Apple S5 processor, 1GB RAM, 32GB storage. It will get watchOS updates for at least four years more, and I doubt anyone would use an Apple Watch for that long. It has a loudspeaker and microphone for calls and Siri commands, an IP68 rating for dust and water resistance (up to 50 metres), GPS, Wi-Fi b/g/n, Bluetooth 5.0, and NFC. It has an accelerometer, always-on altimeter, barometer, compass, and a heart-rate monitor. It lacks the Apple Watch Series 6’s SpO2 Max and VO2max sensors, but I doubt many people would need them. It lacks ECG, too, which some people might miss, especially those with a heart condition and the elderly. 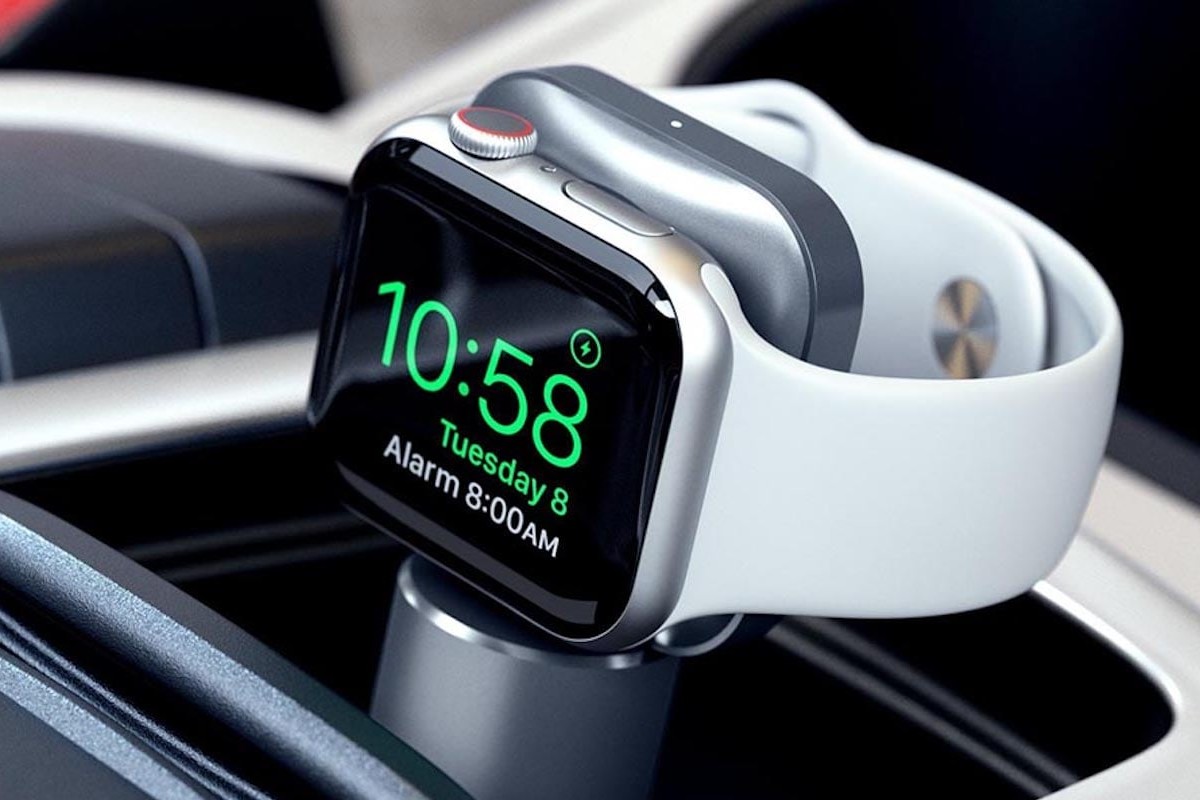 All the Apple Watches that Apple is currently selling have wireless charging and last 1.5 to 2 days on a single charge.

Apple Watch: Which Case Material To Go With? 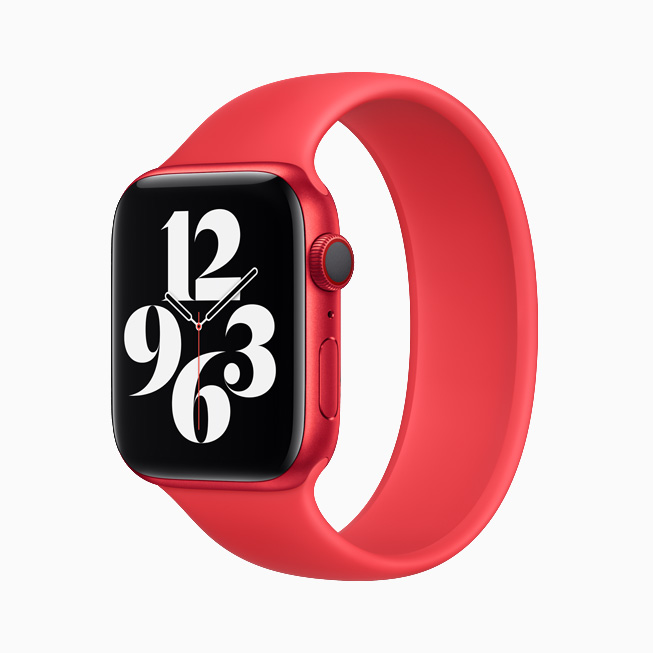 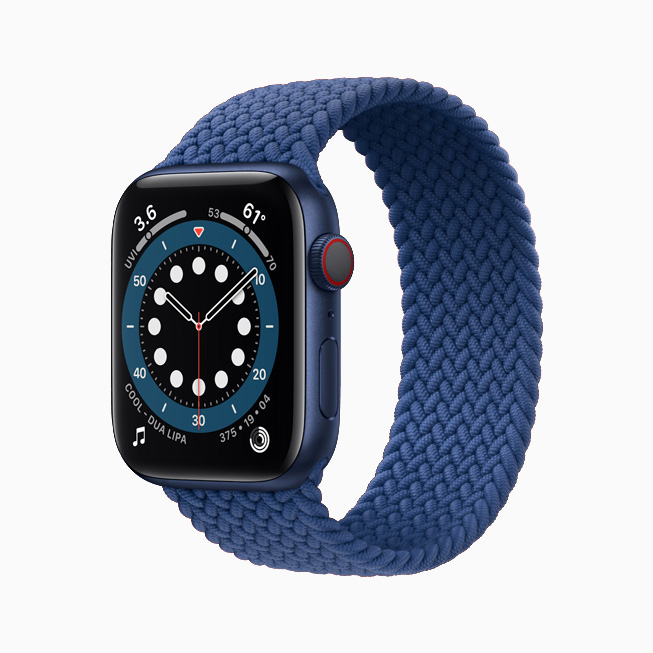 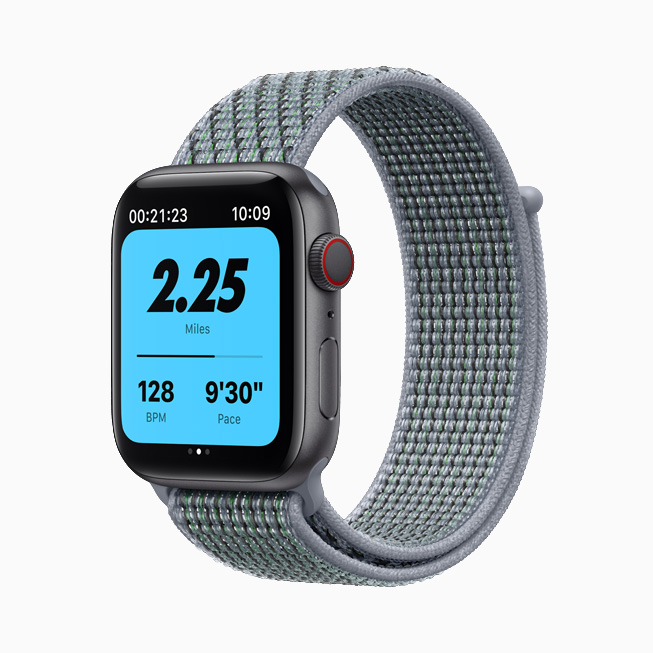 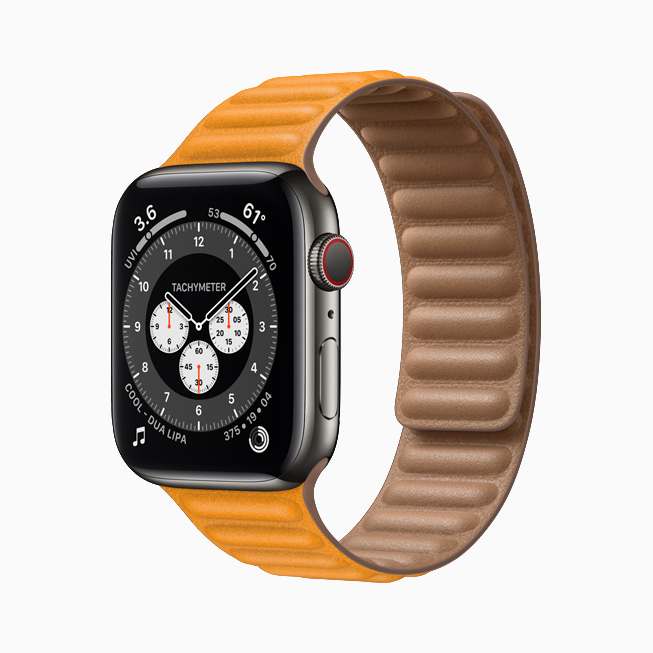 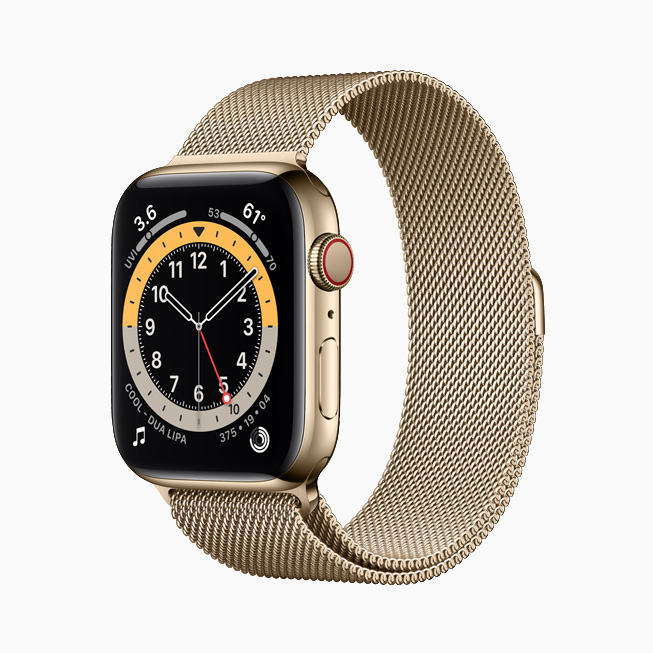 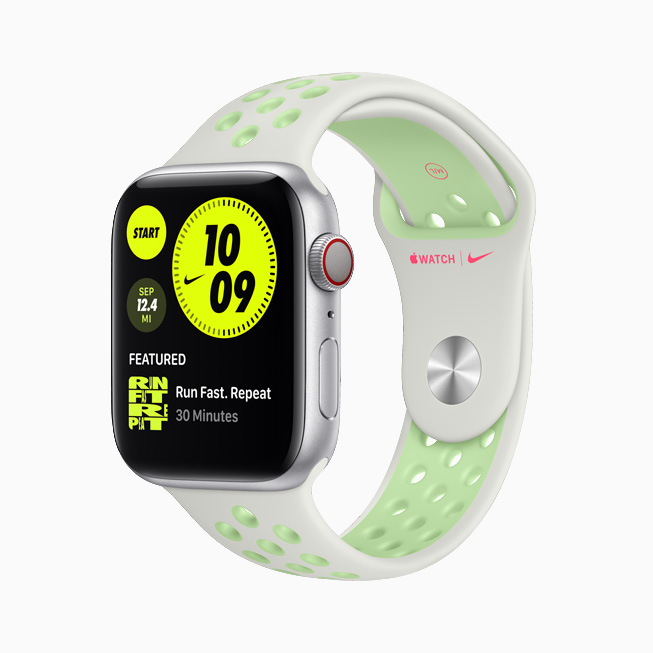 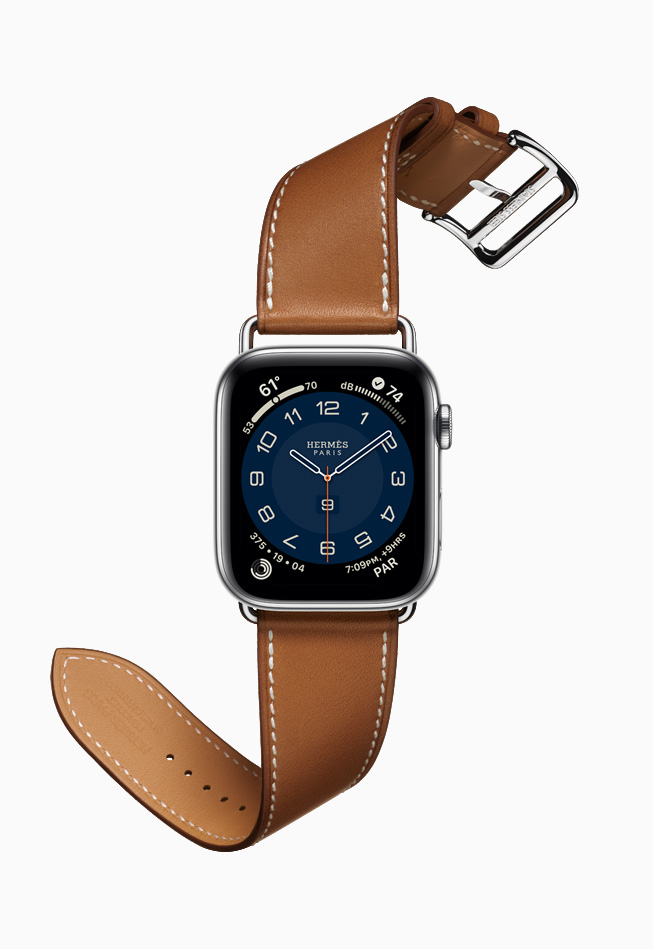 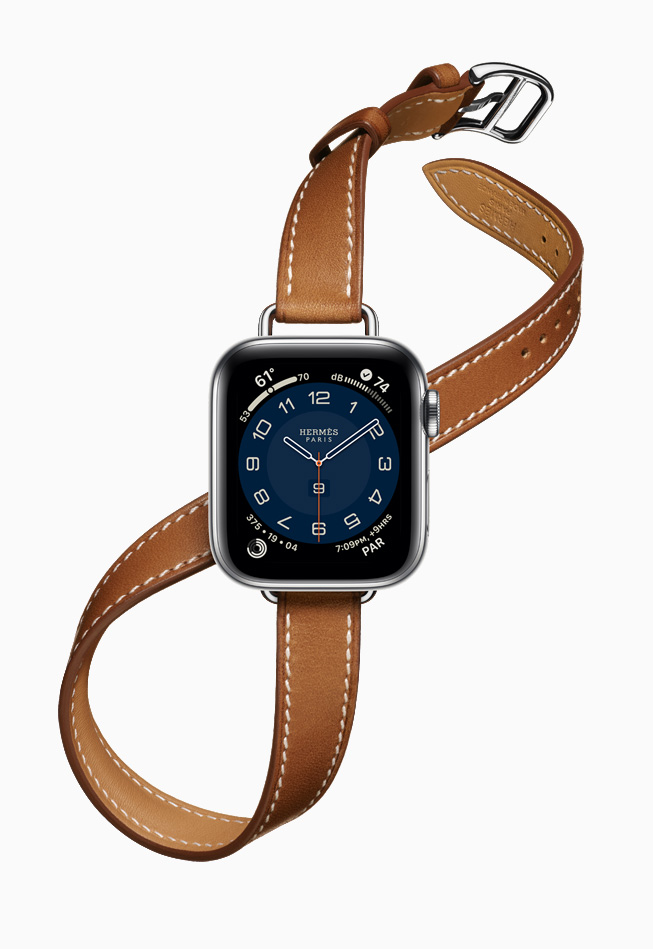 The Apple Watch Series 3 is only available in Sport Band variant, while the Apple Watch SE is available in two bands: Sport Band and Sport Loop. The Apple Watch is available in two band variants: Sport Band and Milanese Loop. The Sport Band is the best band for most people, especially if they plan on doing workouts. The Sport Loop isn’t as stable as the Sport Band. The Milanese Loop is only good for those who want a premium look and aren’t looking to work out in the gym or do any kind of rigorous activity. As always, you can buy the cheapest possible version and replace the band with fabric, silicone, or metal bands from third-party brands via Amazon, AliExpress, or other such online retailers.

Should You Buy GPS or Cellular Apple Watch?

You might already know that the Apple Watch generally comes in GPS-only and GPS+Cellular models. The GPS+Cellular model features an eSIM, which lets you access voice calls, messages, and mobile data directly via your Apple Watch even if you don’t have your iPhone around. It means that you can take calls, check messages, and stream music while you are out and have left the iPhone at your home or in the car. Unless you are that type of person who forgets their smartphone at home or in the car while going out or while working out, you should be okay with a GPS-only version of the Apple Watch. The GPS-only Apple Watch should suffice most people.

Should You Buy The Apple Watch Nike Edition? 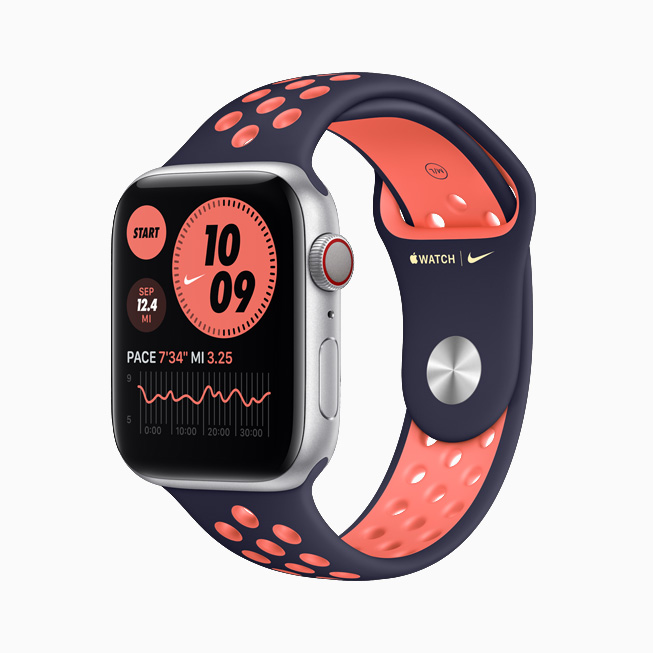 No, you shouldn’t buy the Apple Watch Nike Edition unless you are a regular Nike Run app user. The Apple Watch Nike Edition comes with unique watch bands that have a perforated pattern. They also feature deep integration with the Nike Run app and a unique Nike Run-inspired watch face. Most people would rather use Apple’s own workout tracking feature or Strava rather than using Nike Run.

Which Is The Best Apple Watch For Most People?

In our opinion, the Apple Watch SE 40mm (GPS-Only) is the best Apple Watch for most people in early 2021. The 40mm size is big enough to be able to see content clearly. Plus, most people won’t need cellular access for their Apple Watches. Get the one with a silicon-based Sport Band, and buy additional bands (other colours of the silicon band and a metal band) from third-party brands.

Smartwatch Buying Guide 2020: How to Pick up the Best to Suit Your Needs