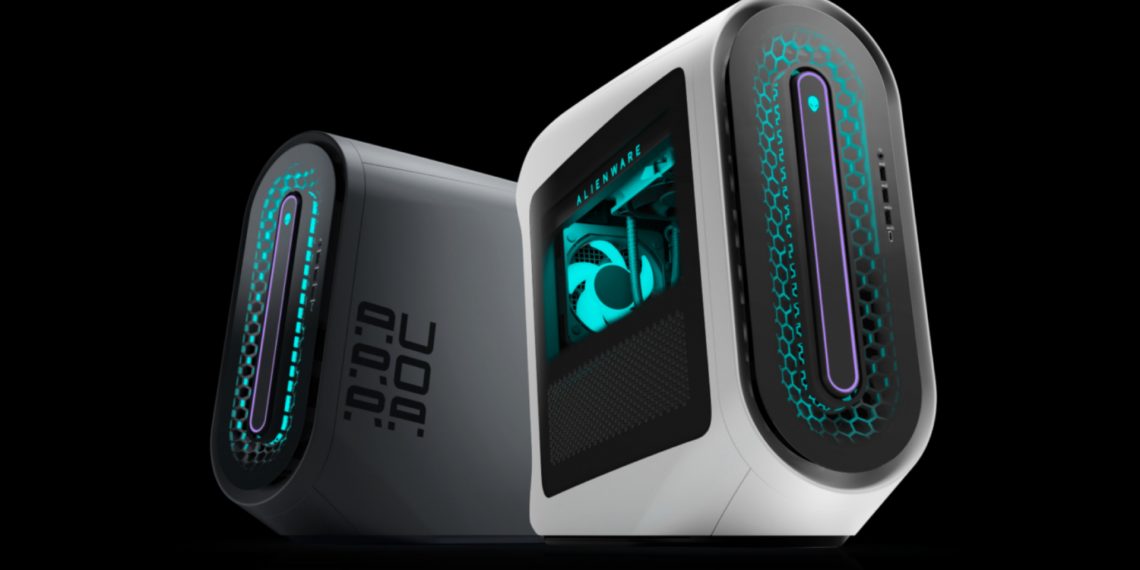 Now that the latest CPUs and GPUs from Intel and Nvidia are announced, it’s time for the partner companies to step up their game with new designs and feature upgrades. Along with MSI unveiling a host of new desktop PCs, Dell Alienware is also updating its Aurora desktop to take full advantage of the new components.

Dell Alienware announced the Aurora R15 pre-built system featuring 13th Gen Intel core processors and up to the Nvidia RTX 4090 GPU, along with new upgrades under the hood that improves cooling of the components for higher frame rates and stability. The Aurora R15 builds on the Legend 2.0 case design unveiled by Alienware last year, and the company claims the Aurora R15 delivers improved cooling performance thanks to a new cooling system under the hood.

The Aurora R15 features a new 240mm radiator for liquid cooling instead of the 120mm one from last year, which many complained to be inadequate in cooling Intel’s K-series 12th gen chips. Furthermore, Alienware said any system with a K-series Intel chip will come with five 120mm chassis fans, which according to the company, pushes more power to the CPU, delivering a double-digit improvement in performance. And with the new radiator, the PC also manages to remain up to 5 degrees cooler.

Furthermore, the Aurora R15 features a tweaked Z790 motherboard that has the PCIe 16x slot closer to the CPU socket. This design, according to Alienware, allows the CPU to accommodate larger GPUs. Alienware only has the RTX 4090 GPU inside the R15 right now, and not the 12GB or 16GB RTX 4080. If you need something lower than the 4090, you will have to opt for an RTX 30 series or an AMD Radeon RX 6000 series GPU instead.

The Aurora R15 can also be configured with either a 750 watt PSU or a 1350 watt PSU, which is something you’ll definitely need to run the RTX 4090 at full potential.

The Aurora R15 is being complemented with a new tenkeyless gaming keyboard with plate-mounted Cherry MX Red linear switches, double-shot PBT keycaps and per key RGB. The AW420K keyboard will retail at $150 (roughly ₹12,200) when it launches later this year. The pricing information for the Aurora R15 will be revealed later, closer to its availability.