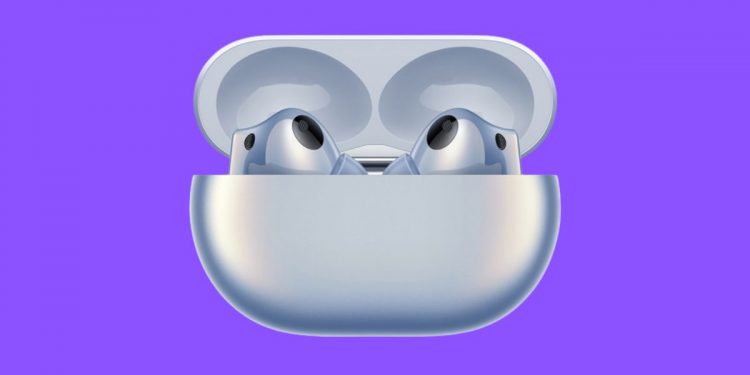 Huawei is expected to launch the next generation Freebuds Pro 2 to refresh its flagship TWS Freebuds Pro series soon. Images and some specifications of the upcoming earbuds have been recently spotted on the internet. The TWS is expected to come with dual drivers, HiRes Certification, and 47dB ANC (Active Noise Cancellation), among other features.

Let us take a look at the expected pricing, specifications, and features of the upcoming Huawei Freebuds Pro 2.

The Huawei Freebuds Pro 2 will feature a similar design as its predecessor. However, the new one will bear the Devialet branding. Devialet is a French audio brand that has collaborated with Huawei for the upcoming Freebuds Pro 2.

The Huawei Freebuds Pro 2 will reportedly feature dual drivers, with one driver dedicated to handling the bass and the other for the mids and highs. The drivers are said to offer a frequency response range of 14Hz to 48,000Hz. The TWS are claimed to come with an IP54 splash-proof certification.

According to Huawei, the Freebuds Pro 2 will be equipped with Hi-Res Audio support and a “Triple Adaptive Equalizer”, which simultaneously adjusts volume, position, and sound to deliver optimum playback. Additionally, the pair of earbuds offer three-stage Active Noise Cancellation of up to 47dB. It is reported to be the strongest noise reduction the company has ever achieved via its wireless headphones, thanks to the triple mics with AI algorithms.

Speaking of the battery, the Huawei Freebuds Pro 2 is said to offer a music playback time of up to four hours with active noise cancellation, and up to 6.5 hours without ANC. According to the brand, the runtime can be extended to up to 30 hours by charging multiple times via the transport case.

Will you be interested in buying the upcoming Huawei Freebuds Pro 2? Do let us know in the comments section below.