Intel Arc A310 Graphics Card Goes Official, Could Be Cheapest GPU On The Market: Specifications 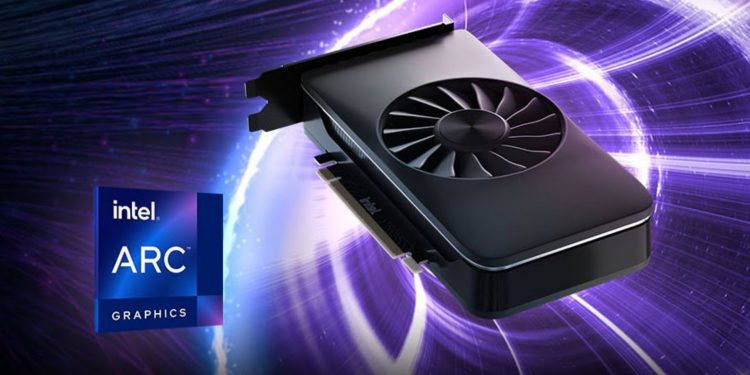 After months of teasing and missing deadlines, Intel has finally announced its Arc discrete GPUs for desktops. The most affordable in the lineup is the Intel Arc A310, alongside the Arc A770 and Arc A380 which will finally be coming out of China.

Intel Arc A310 Specifications And Features

The cheapest Intel discrete GPU comes with six Xe cores running at 2,000 MHz and features 4GB GDDR6 memory. It supports up to four external displays with HDMI 2.1 compatibility and DisplayPort 2.0, even as the number of physical outputs on the card could vary from one design to another. There’s a 64-bit memory bus and 124 GB/s bandwidth, both quite less than the already entry-tier Arc A380.

The Arc A310, when compared to the more powerful Arc A770 which Intel says competes with the Nvidia RTX 3060, doesn’t shape up to be quite as powerful, and we will reserve our judgement on its capability on running the latest AAA titles. At best, it can match the performance of some of the integrated AMD RDNA 2 GPUs.

Intel Arc A310 Price And Availability

Intel is being vague with the Arc A310. The GPU was spotted on its official site, but there isn’t an official image of the GPU. We believe the card will not launch as a separate offering and show up in retail shelves. Instead, Intel’s partners will likely be using the entry tier GPU for entry-level PC rigs made on a shoestring budget.

The idea is to offer slightly improved performance over Intel’s integrated Xe and UHD graphics cards. Intel said the GPU will be available sometime in Q3, indicating a launch sometime before October.

On the other hand, the Intel Arc A770 is shaping up to be quite a rival to the Nvidia RTX 3060 and AMD RX 6000 series. It features 32 Xe cores and up to 16GB memory, along with support for XeSS, Intel’s open-source version of AI enabled super sampling that improves framerates in high res games.