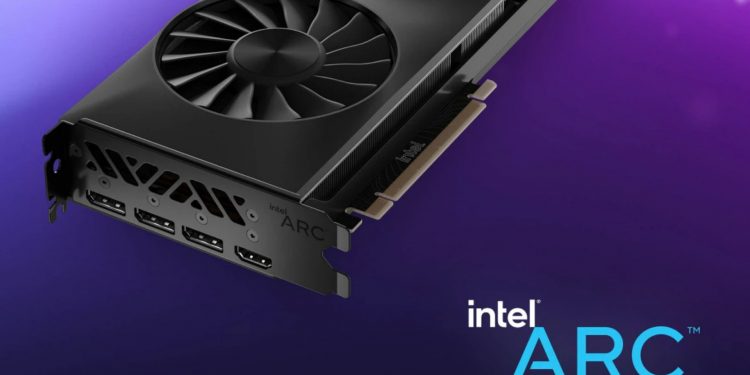 Intel is not holding back when it comes to comparing its upcoming lineup of discrete desktop graphic cards. After announcing the Intel Arc A770 graphic card, the chip giant outlined three more cards in the top of the line Intel Arc 7 series, and paired each of them to the corresponding equivalent in an NVIDIA RTX 3000 GPU.

The Intel Arc A750 Limited Edition is basically a binned version of the Arc A770, with 87.5 percent of the shader units and ray tracing cores turned on. It also has a slightly downclocked boost clock at 2.05 GHz as compared to 2.1 GHz on the Arc A770. Intel said previously that the Arc A770 GPU purchased by January 2023 would feature a bunch of downloadable games and software, including a copy of this year’s Call of Duty: Modern Warfare II remake, Gotham Knights, and more.

Furthermore, Intel detailed how its new Arc lineup of GPUs square up against the competition. The company compared the 8GB Arc A750 with an EVGA model of the NVIDIA RTX 3060 which touts 12GB GDDR6 memory. Intel had previously pegged the Arc A750 at around 3 to 5 percent faster than the RTX 3060.