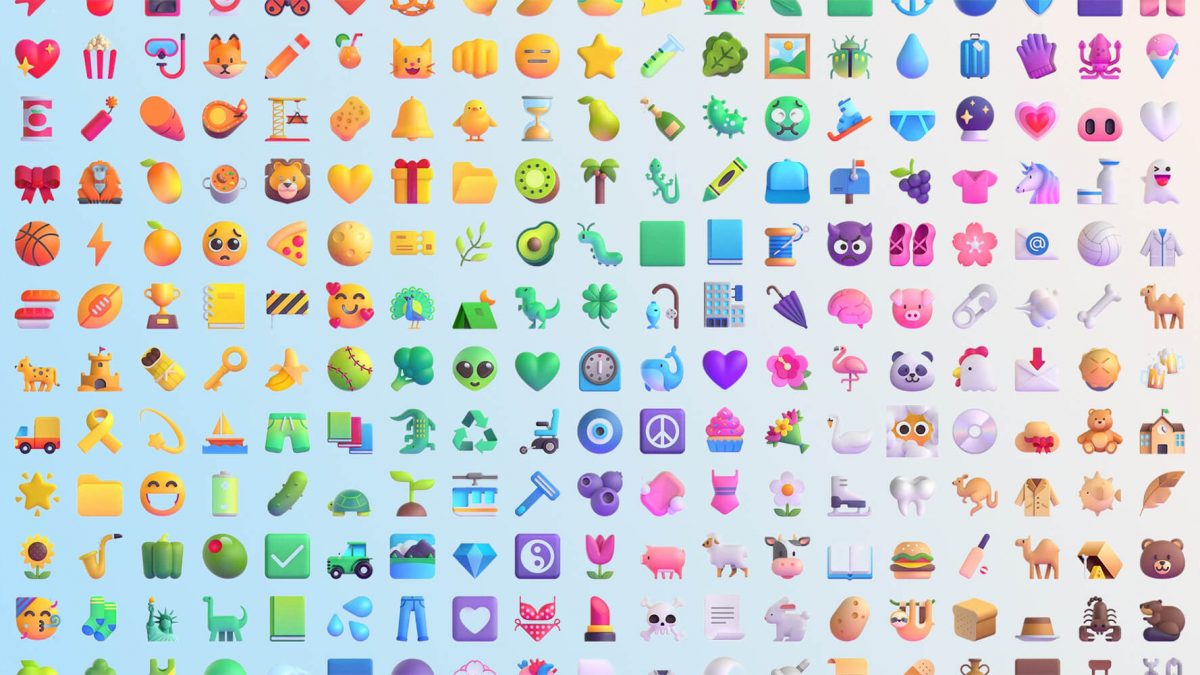 These emojis have a 3D look to them instead of the 2D design that we see with the current set of emoticons from the company. The new emoticons are very colourful compared to the existing ones, which makes them look playful. Microsoft says that these emoticons have been constructed with circles and semicircles to keep consistency across 1,888 emojis. The design of these emoticons matches the design of the UI elements in the Windows 11 OS.

Interestingly, Microsoft is bringing back Clippy. For those of you who don’t know, Clippy was a nickname of an animated character in Microsoft Office that acted as an “Office Assistant.” Launched with Windows 97, Clippy was discounted in 2017. Anyway, Microsoft will replace the standard paperclip icon, which is used for attachments, with the classic Clippy character. However, the Clippy icon has been redesigned to look more in line with the other emojis.

Trust and clarity were guiding principles for us throughout this process. We wanted people to trust that our new emoji style would recognize their intentions and reflect their humanity. People aren’t perfect, and there is beauty in our originality, which is why we chose an imperfect circle to be the silhouette shape for a head.

We also paid close attention to the expression in the eyes on our emoji and leaned into pronounced eyebrow expressions. It was critical for us to preserve the intent of the emotion while putting our design spin on them. Finally, because we want people to trust that they’ll be engaging with uplifting and inspiring designs, we leaned into bright, saturated colours and bold forms!

Last, but not least, we had to use this opportunity to make a change that only we could truly make — so long flat, standard paperclip, and hello Clippy! Sure, we may use fewer paper clips today than we did in Clippy’s heyday, but we couldn’t resist the nostalgic pull.

A few of the new emoticons are currently live in Flipgrid, Microsoft’s video discussion platform for families and communities, with more of them rolling out in the coming weeks. The new emojis will be rolling out to Teams and Windows this holiday season with Yammer and Outlook getting them in 2022.