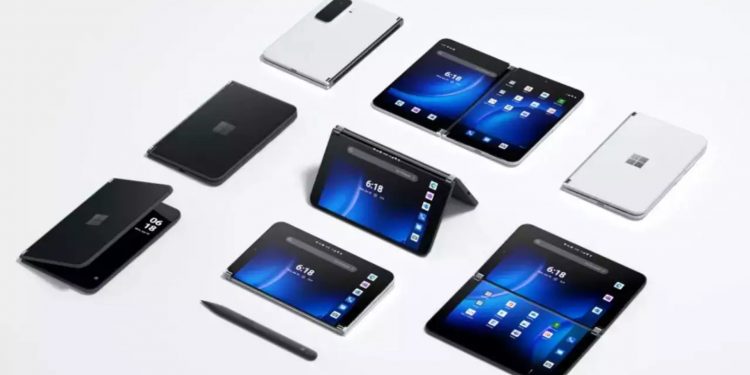 Microsoft has started rolling out an update to the Surface Duo 2, bringing support for Android 12L with a few new features and visual cues from Windows 11. The Android 12L operating system is designed for tablets and foldable smartphones by Google, and the Surface Duo 2 that strides the space between the two form factors was confirmed to receive the update earlier this year.

Android 12L was released by Google in March as an operating system optimised for large displays in tablets, foldable smartphones, and other devices. Microsoft has leaped to this version directly from Android 11 that came out of the box with the Surface Duo 2. The update is rolling out to Microsoft’s take on a dual-screen smartphone as Samsung also pushes the OneUI 5 update based on Android 13 to the Samsung Galaxy S22 Ultra.

Microsoft is highlighting the Android 12L update will build stronger connections between your Windows 11 PC and the Surface Duo 2 device. The strong connection to Windows “starts with aligning visual language for core system components across Windows and Android.” This is significant because the previous Android 11 OS on the Surface Duo 2 featured a relatively stock-Android experience.

Also Read
Microsoft OneDrive To Get UI Revamp For Windows 11

The new update also brings status indicators for when the microphone and camera is in use. The Surface Slim Pen 2 also takes you to an inking menu for up to four writing and drawing apps, along with a battery percentage. Microsoft has also taken advantage of advanced widget support in Android 12L to bring a new Photos widget from OneDrive, along with easier switching from an iPhone.

Both the Microsoft Surface Duo and the Surface Duo 2 will receive the update in the coming days.