Microsoft SwiftKey Keyboard App Shutting Down For iPhones, Android Version Will Live On 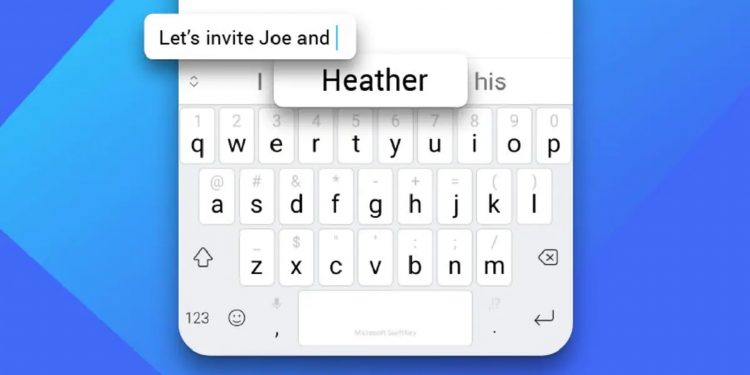 Microsoft announced this week that the SwiftKey keyboard will be delisted from the iOS App Store on October 5, 2022 in a rather abrupt move. A company spokesperson confirmed that Microsoft is pulling out its third party mobile keyboard app from the App Store. Additionally, the software giant is redirecting users to a support page with help on how to manage data after the app is killed off.

SwiftKey Keyboard Lives On In Android

Microsoft’s director of product management for SwiftKey, Chris Wolfe, said that the company will continue to support SwiftKey Keyboard and the underlying technology on Android devices. The shutting down of the app follows a year of user feedback by iOS users questioning the pace of development of the app. They complained of fewer updates, lack of feature improvements, and even a lack of security fixes.

The company did not officially address the harsh user feedback, but experts believe that the company could be shuttering the app as a result of stringent permission policies on iOS which are enforced by Apple. “I’m guessing the decision had as much to do with Apple’s policies around safeguarding its walled garden as anything. The Microsoft Phone Link team knows well that if Apple doesn’t grant access to certain interfaces, there’s no easy or good way to make a product which needs integration to work,” said Microsoft journalist Mary Jo Foley.

Microsoft purchased Swiftkey keyboard back in 2016, and launched it for iOS devices when Apple opened up the mobile operating system for third party keyboard apps. But if the news is true, SwiftKey will soon go back to being a single platform app.

On Android, SwiftKey Keyboard commands a popular user base. It maintains one billion plus downloads on the Google Play Store and is also bundled with the Microsoft Launcher app. Microsoft uses the SwiftKey Keyboard app on both the Surface Duo and the Surface Duo 2 for split-screen typing experiences. So, it shouldn’t come as a surprise if the app lives on for the Android operating system.