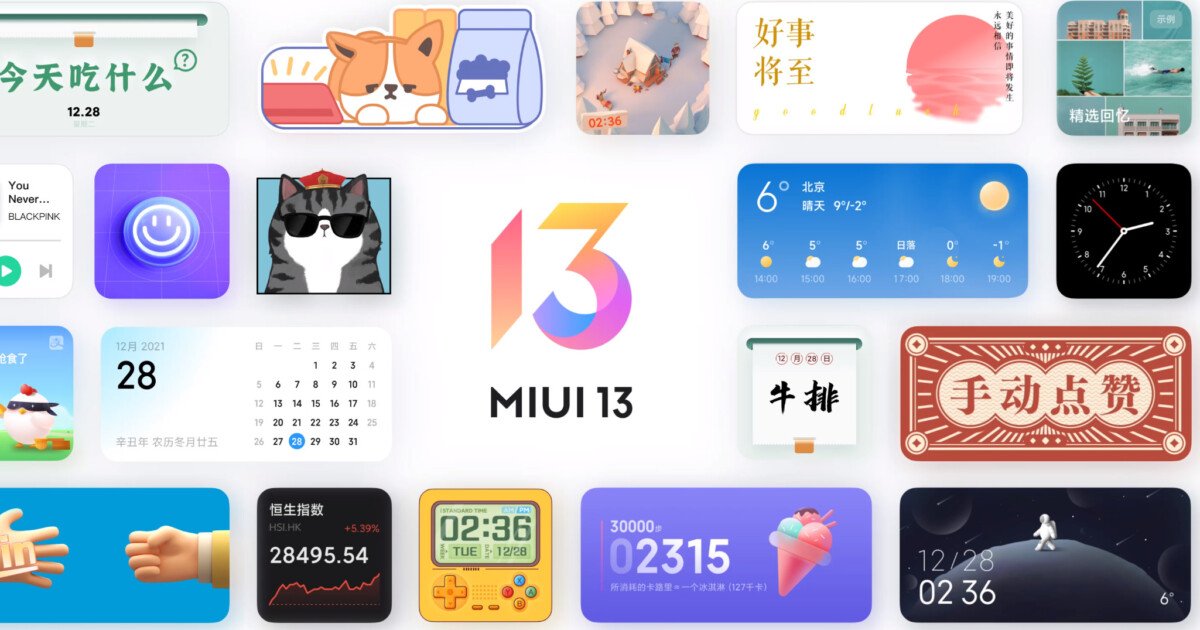 During the Xiaomi 12 launch in China, Xiaomi had also unveiled the latest iteration of MIUI software. MIUI 13 is a big jump when it comes to the brand’s ecosystem of products, as it aims to offer seamless integration across Xiaomi’s ecosystem products. MIUI 13 will allow multiple Xiaomi devices such as smartphones, tablets, wearables, smart home devices, smart TVs, and the XiaoAI digital voice assistant, to work seamlessly. The brand has now unveiled its latest MIUI 13 in the global market as well, alongside its Redmi Note 11 series of smartphones. In this article, we have listed and explained the top MIUI 13 features, the list of MIUI 13 compatible devices, and the rollout schedule of Xiaomi’s new software.

With MIUI 13, Xiaomi has enhanced the security of its ecosystem. The brand has implemented a three-step verification process (which could likely be region dependent) that includes the following layers:

With MIUI 13, Xiaomi has introduced a revamped UI design that includes a unique OS experience achieved via widgets, new Dynamic Wallpapers, and a new font called MiSans. All Xiaomi devices will receive new Dynamic Wallpaper where flowers will bloom from one side of the device’s screen when the device is turned on.

The MiSans font is commercially free to download and is a Sans Serif font aimed at simplifying letters, numbers, and signs. Xiaomi claims that MiSans is symmetrical in terms of spacing and the appearance of characters, making the overall appearance of the software more aesthetically pleasing and reader-friendly.

MIUI 13 is aimed at improving the core functions of the devices. The overall fluidity of the devices is claimed to have been increased by 52%. Features like Focused Algorithms, Liquid Storage, and Atomized Memory also improve the responsiveness and fluidity of devices running MIUI 13.

The new software also focuses on optimizing the computing capabilities of the core system apps during heavy usage to ensure optimum performance and less throttle. MIUI 13 is also said to prevent and reduce the deterioration of read-write capabilities through Atomized Memory and Liquid Storage technology by 5% over a 36-month period, thereby prolonging the lifespan of devices.

Mi Smart Hub is currently in beta and has been introduced alongside MIUI 13. Mi Smart Hub is aimed at providing users with a more connected experience between smart devices. Users can find nearby Xiaomi devices with a simple gesture to seamlessly share music, photos, videos, and other media files.

As mentioned earlier, MIUI 13 13 is intended towards unifying the entire Xiaomi ecosystem. With that intent, the brand has also unveiled MIUI Watch, MIUI Home, MIUI TV, and MIUI for Xiaomi smart devices. For tablets, MIUI 13 will bring apps that scale across bigger screens well, featuring a multi-column UI.

With the global version of MIUI 13, Xiaomi has brought about Liquid Storage feature to its devices. Liquid Storage is a system-level method of managing the way the files are stored on devices. As per Xiaomi, after about 36 months, the read and write speeds reduce by up to 50% owing to a lot of rewriting performed on devices time and again. This necessarily affects the app opening time. Liquid Storage on MIUI 13 will help devices retain up to 95% of their read and write speeds even after 36 months. 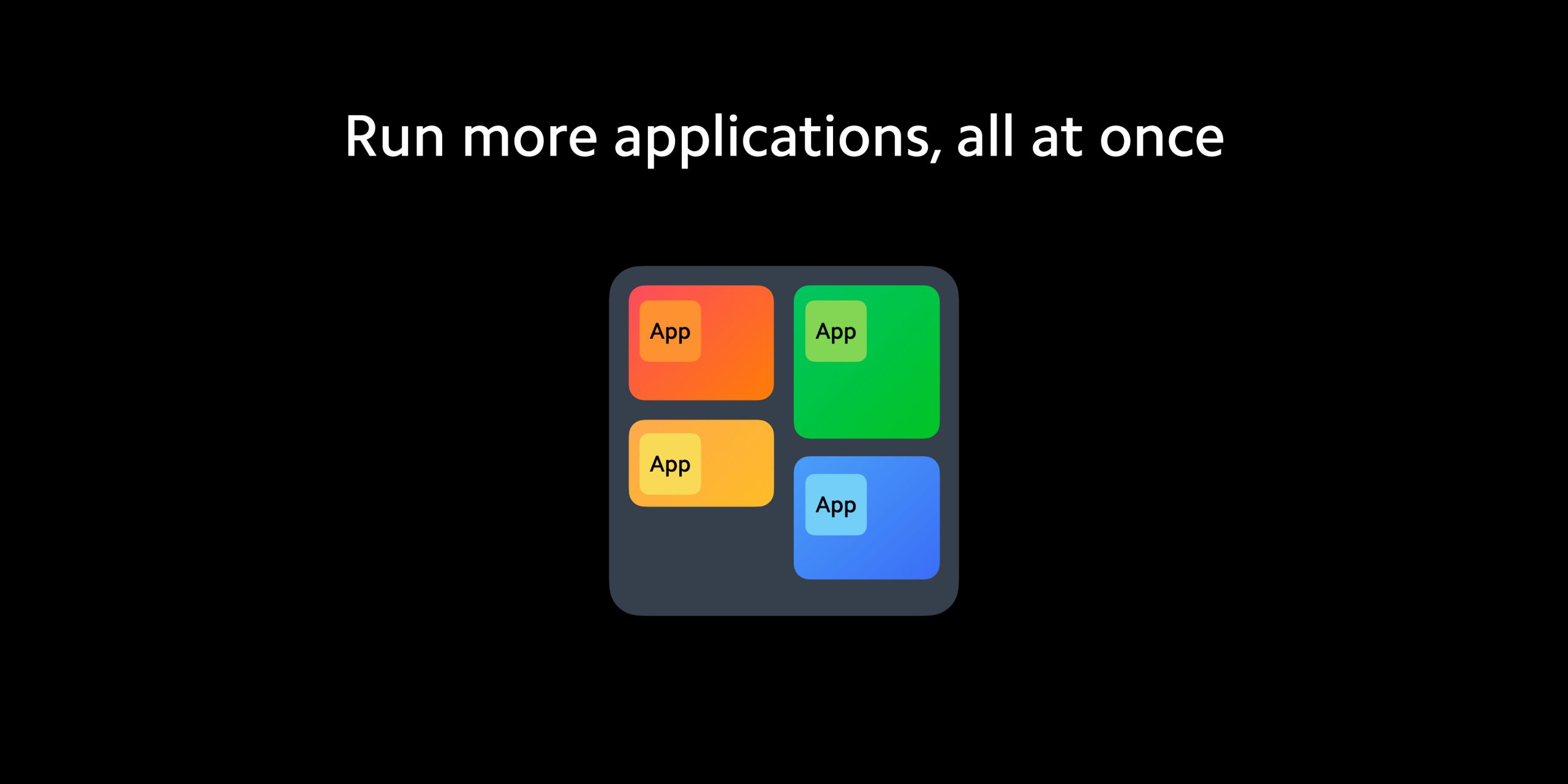 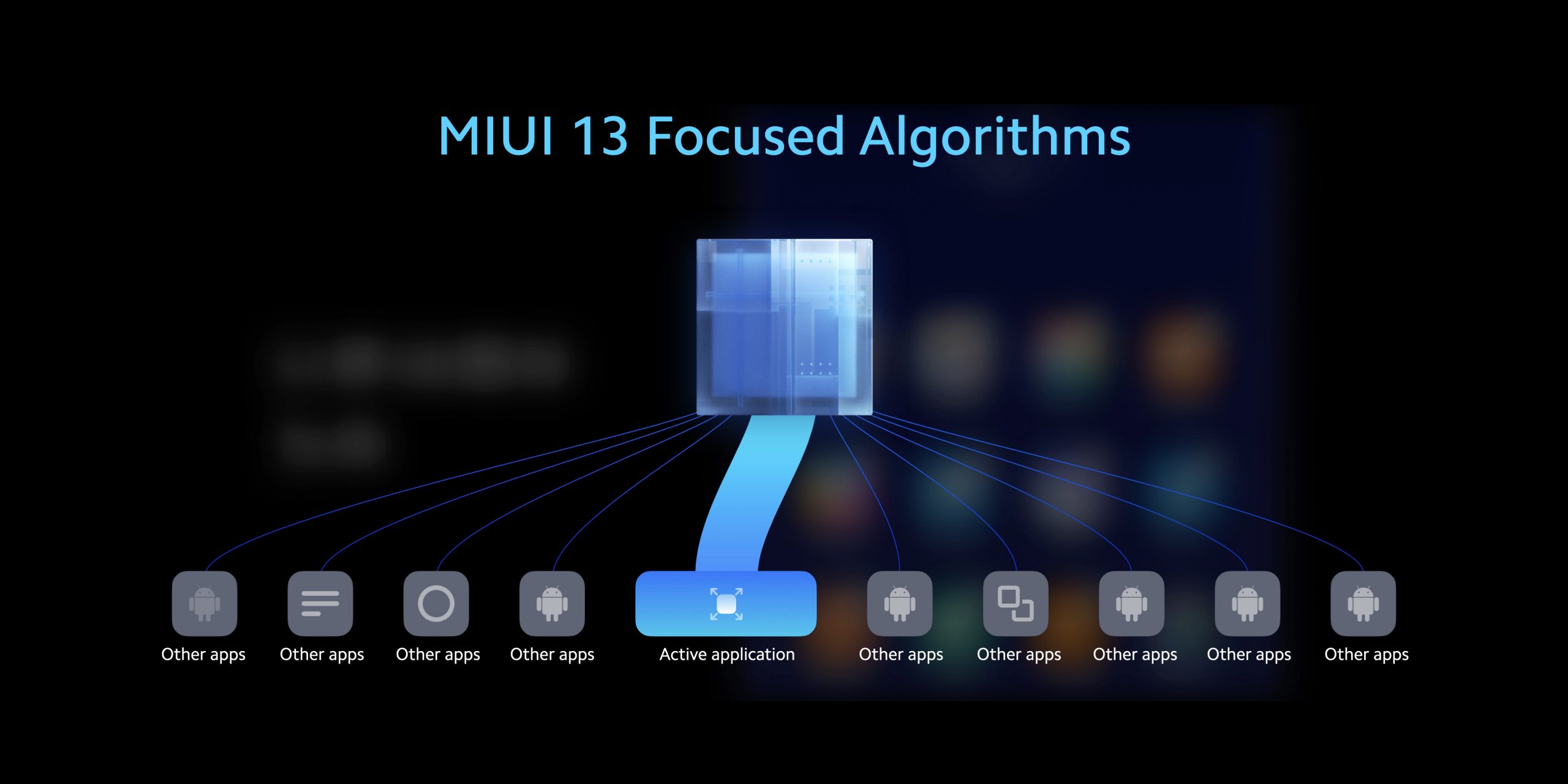 MIUI 13 comes with a new Focused Algorithm feature, which dynamically allocates system resources based on the use case. This essentially helps for a more fluid and responsive user experience. Focused Algorithms prioritize the active app, which allows the CPU to focus on important tasks and provide faster speeds and better performance. 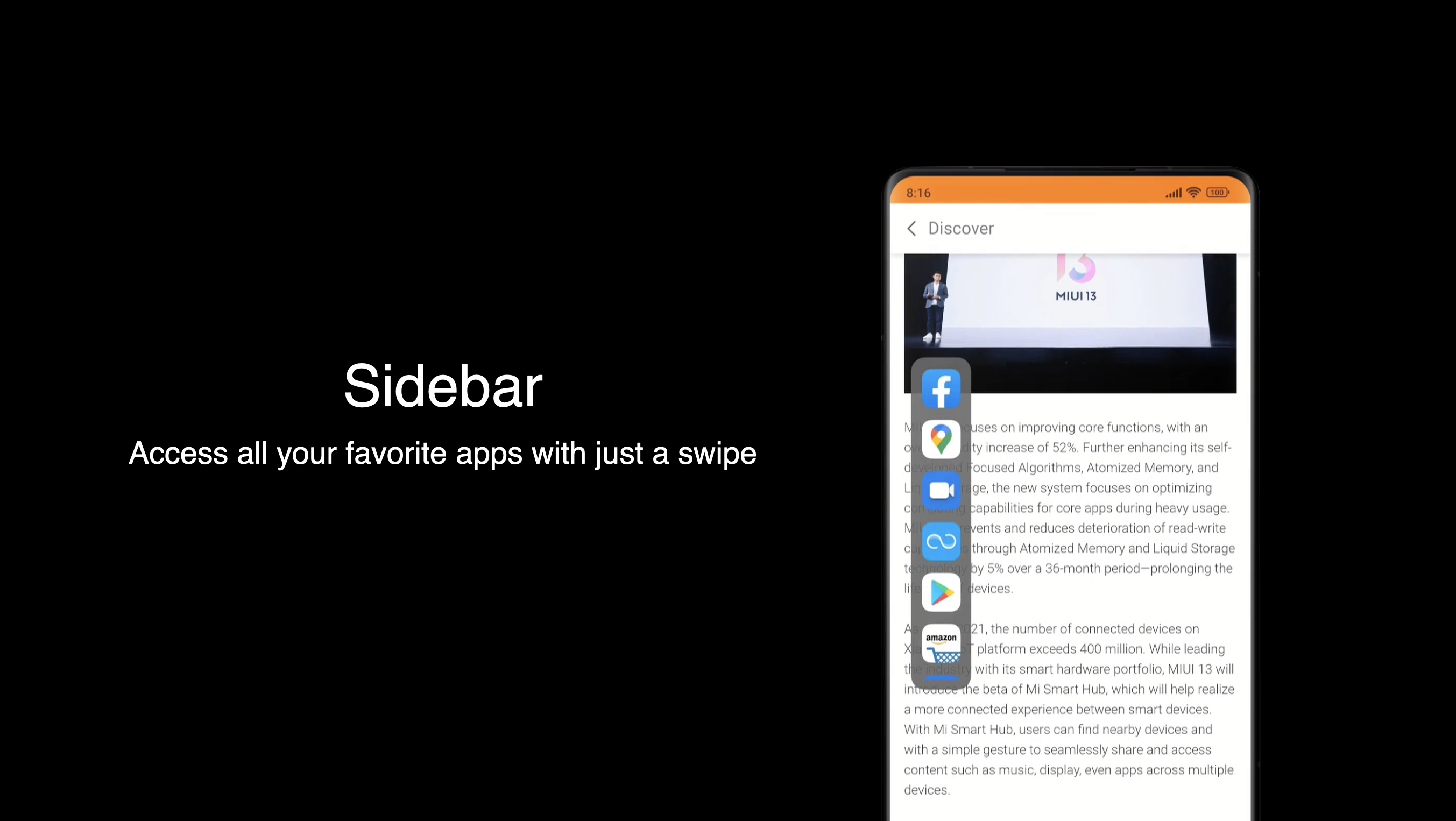 With MIUI 13, Xiaomi has introduced an all-new Smart Sidebar. The brand claims that the Smart Sidebar tool allows users to access their favorite apps on the go without having to leave the current app. This could turn out to be a time-saver and a productive tool for those who do a lot of multitasking on their smartphones. With Smart Sidebar on MIUI 13, users will be able to add up to 10 apps, which will open in floating window mode.

There are a lot of Xiaomi, Redmi, and POCO devices that will get the MIUI 13 update. So, to make the list simpler, let us divide the rollout schedule into four sections:

Here’s the first batch of Xiaomi devices that will receive the MIUI 13 update by the end of January 2022:

On top of the smartphones listed above, the MIUI Watch stable update will be released for the Xiaomi Watch S1 and the Xiaomi Watch Color 2, starting December 28, 2021. The company will also release the MIUI 13 update for its smart speakers and smart TVs in China on the same date.

Here is the list of Xiaomi devices that will start getting the MIUI 13 closed beta update in China from December 29, 2021.

After the MIUI 13 Closed Beta update release, Xiaomi will start rolling out the MIUI 13 Public Beta update in China from mid-January 2022. Here are the eligible devices for the first batch:

The rollout timeline for the second batch of devices getting the MIUI 13 Public Beta update has not yet been made official yet. However, here’s the list of devices that are eligible to get the update:

Xiaomi has confirmed that the MIUI 13 update will roll out globally sometime in Q1, 2022. The actual launch date has not been confirmed yet. Here is the list of devices that are confirmed to get the MIUI 13 Global Update:

Other than these devices, Xiaomi will announce the second batch of Xiaomi devices eligible for the MIUI 13 Global Update sometime later.

These are the top MIUI 13 features and the list of eligible devices that will get the update in China and global markets. Is your Xiaomi device on the list? What are your thoughts on MIUI 13? Let us know in the comments section below.