Motorola G32 5G Design And Specifications Leaked Ahead Of Launch 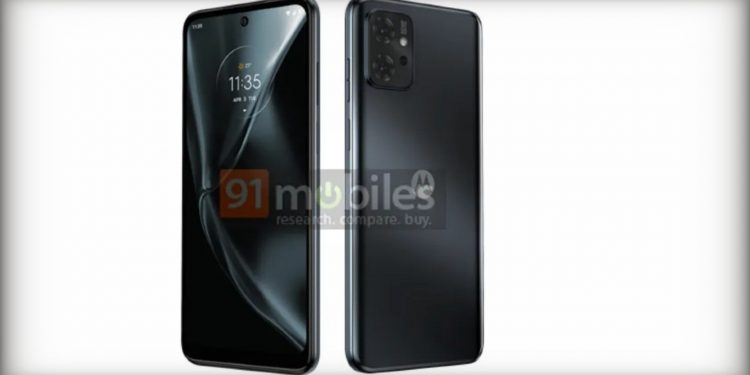 Motorola has had a busy year with a slew of launches across all segments, including a foldable smartphone and pioneering new camera technologies. The Lenovo-owned smartphone brand doesn’t seem to be done, however, with more smartphones slated to launch later this year. Along with the Motorola Maui smartphone leaked earlier, another Moto smartphone has leaked. And this time, it’s a mid-range smartphone codenamed Motorola Devon 5G.

The Motorola Devon was last revealed back in June, which back then was tipped to be a lower mid-range 4G smartphone powered by the Snapdragon 680. That eventually launched as the Motorola G32 in the market. Now, there seems to be a 5G variant of the Motorola Devon in development, and renders and key specifications of the smartphones have leaked, thanks to the folks at 91Mobiles citing an industry source.

The leaked renders of the Motorola Devon 5G reveals it’s an exact replica of the Moto G32, with only the 5G support to differentiate itself. The identical design includes a punch hole display cutout, housing a 16MP selfie camera, and a rectangular rear camera setup, which includes three cameras, a 64MP f/1.8 primary camera, along with a 2MP macro camera and a 2MP depth sensor.

Also Read
Here's When Your Samsung Smartphone Will Receive Android 13-Based Stable One UI 5.0 Software Update

While the Moto G32 ran on the Snapdragon 680, the MediaTek Devon 5G is tipped to run on a MediaTek 5G processor. The details of the processor are not known at the moment, but the phone will be available in 4GB and 6GB RAM variants. Looking at the dimensions of the smartphone in the leaked render, the display size seems to be the same as before. We can expect a 6.5-inch Full HD+ display with 1080 x 2400 resolution.

The Motorola Devon 5G, which is likely to be called the Moto G32 5G, is expected to launch later this year.