Nvidia RTX 40 Series GPUs Might Debut At ‘GeForce Beyond’ Event 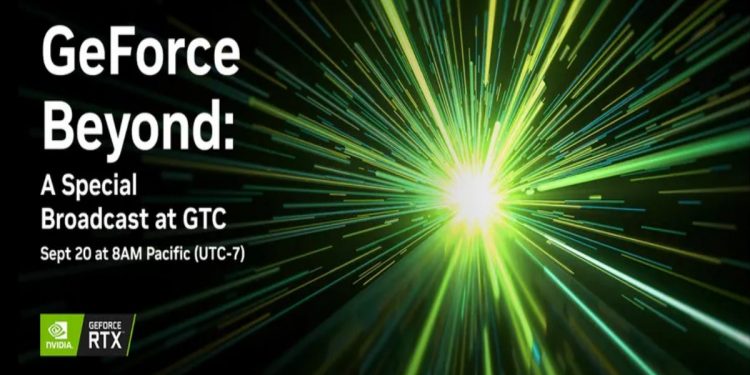 Nvidia is gearing up to launch its next-generation 40-series GPUs soon, according to a report. The company has teased its upcoming “GeForce Beyond” event on Twitter. Jensen Huang, CEO of Nvidia, will be holding the GeForce Beyond special event at Nvidia’s GTC 2022 conference scheduled for September 20, 2022.

According to rumour mills, Nvidia will introduce its 40-series GPUs at this event, as Huang had earlier confirmed to talk about these products at the GTC. If the reports hold true, Nvidia’s next-generation architecture, codenamed Lovelace, will replace its current Ampere architecture. According to the report, Nvidia is working on its latest RTX 4080 and RTX 4090 GPUs. The RTX 4090 will be a successor to the RTX 3090 and the RTX 3090 Ti graphic cards and could offer a significant performance boost.

Some other reports point out the possibility that Nvidia might not discontinue its RTX 30-series GPUs. There are chances that the company might consider selling the older RTC 30-series GPUs alongside the newer RTX 40-series GPUs. Huang confirmed that the company is sitting on a large pile of GPUs, as PC sales declined drastically this quarter. The recent crypto crash also proved to be detrimental to the sales of GPUs. Hence, the company had to revise its pricing strategies to clear the excess inventory. However, this is good news for gamers, as the Nvidia RTX 30-series graphics cards are finally available for MSRP after multiple price hikes by resellers over the past few years.

Nvidia will stream its “GeForce Beyond” event online via its official YouTube and Twitch channels. The event will start at 8 AM PT/11 AM ET (8:30 PM Indian Time) on September 20, 2022.