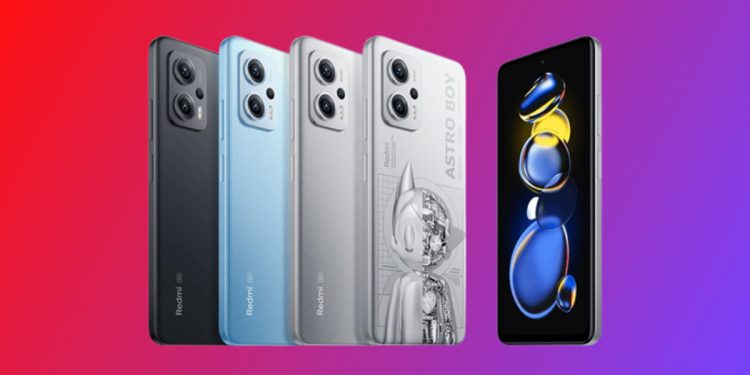 POCO will be unveiling its new F-series smartphone, the POCO F4 5G on June 23 in India and in the global markets. Alongside, the POCO F4 5G, the company will be also launching the POCO X4 GT on June 23 in the global markets. The launch event will be streamed by POCO on its YouTube channel as well as other social media platforms. The upcoming POCO X4 GT has been in the news for the last couple of months. The device is tipped to be a rebranded version of the recently launched Redmi Note 11T Pro 5G.

As far as the rumoured specifications of the device go, it is expected to arrive with a 6.6-inch LCD which might offer Full HD+ resolution. The display panel is supposed to have a 144Hz refresh rate. The performance usage on the device might be handled by a Dimensity 8100 SoC. The smartphone might come with 6GB/8GB RAM options along with 128GB/256GB of UFS 3.1 internal storage. The device is likely to run Android 12 out of the box with MIUI 13 on top.

Moving onto the optics department, the smartphone might flaunt a triple-camera setup. The camera module is rumoured to include a 48MP main sensor, 8MP ultra-wide lens and a 2MP macro sensor. On the front side, the device might feature a 20MP camera which will assist in capturing selfies and making video calls.

The whole package is supposed to be powered by a 5,000mAh battery which could offer support for 67W fast charging. Except for the change in the primary 64MP main sensor, the rest of the specifications of the POCO X4 GT are supposed to remain the same as Redmi Note 11T Pro. As of now, the pricing information of the device is under wraps.

Additionally, POCO has not revealed any details as to when it will be bringing this upcoming smartphone to India. Are you excited about the POCO X4 GT launch? Do let us know in the comments section below.