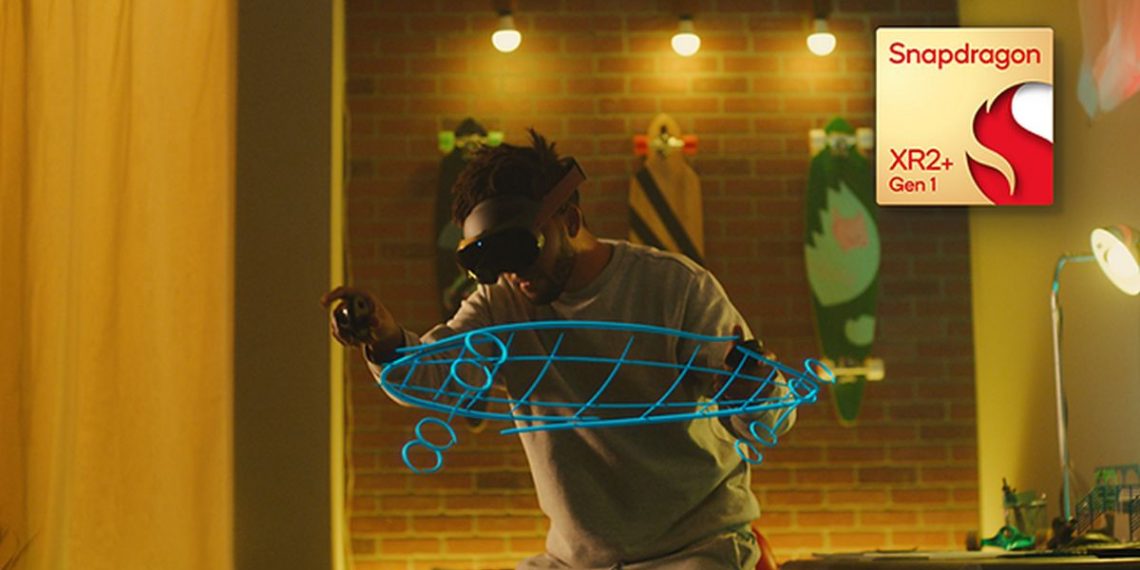 The Quest Pro is Meta’s high-end VR headset which comes with a self-tracking mechanism, thanks to its embedded positional cameras. It also includes face and eye tracking that will be reflected on your VR avatar.

The device supports 12GB of RAM and comes with 256GB of storage. It is equipped with 10 high-resolution sensors, of which five are inside the headset and five are outside. These sensors will reportedly improve the immersive experience. While the headset is powered by the Snapdragon XR2+ Gen 1 platform, the controllers feature a Snapdragon 662 processor.

Mark Rabkin, Head of VR at Reality Labs at Meta, said, “At Meta we’re building the next-generation computing platform with our VR/MR devices. We believe VR and MR will radically transform how we work, collaborate, and connect with each other, and we’re thrilled to be with Qualcomm Technologies on this journey.”

Additionally, the platform boasts of a latency that’s less than 10ms. It allows for head, hand, and controller tracking, as well as 3D reconstruction with low latency video pass-through.​ Speaking of video, the platform supports 8K 360° video content at 60fps. This is supplemented by seven cameras which will merge the physical and virtual realities by utilising video pass-through, precise motion tracking, and automatic room mapping.

The platform supports high pixel density, which will help recreate a more life-like experience. Furthermore, it supports multiple sensors and cameras that will capture even subtle expressions.

While the Meta Quest Pro is the first device to feature the Snapdragon XR2+, Qualcomm states that we can expect multiple OEMs to release devices powered by the XR2+ in the future.