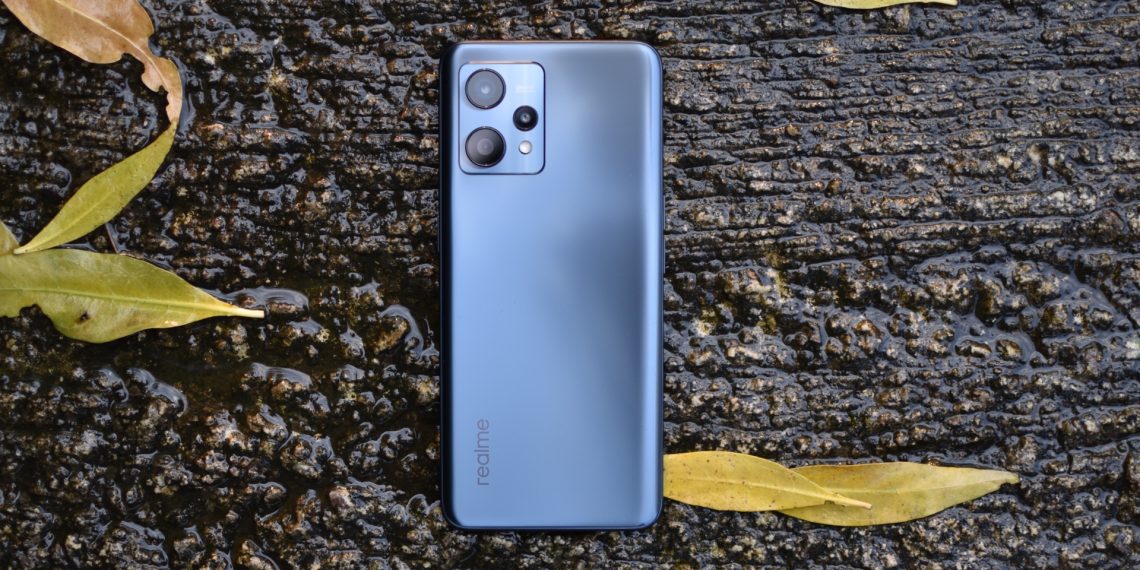 Realme and Xiaomi are launching dozens of smartphones every year, each with a slightly different feature set so that the devices can target the needs of different kinds of audiences. That way, they cater to a wider range of customers. This year, Realme had already launched five smartphones in its Realme 9 series. Now, the brand has now launched one more smartphone in the lineup—Realme 9—with a price tag of ₹17,999.

What sets the Realme 9 apart from the crowd is its 108MP primary camera (Samsung ISOCELL HM6) at the rear. The Xiaomi Mi Note 10 was the world’s first smartphone with a 108MP camera, and it was launched in November 2019, and within two years, 108MP cameras have reached the sub-₹20,000 price segment. It is impressive to see how brands are managing to bring the flagship-grade hardware to budget smartphones so quickly.

Of course, Realme had to cut some corners to fit a 108MP camera in a smartphone at this price. It has a 90Hz AMOLED screen, Qualcomm Snapdragon 680 processor, Android 12 OS, a 5,000 mAh battery, 33W fast charging, and a 3.5mm audio jack. If you look at the spec sheet, the Realme 9 has a lower screen refresh rate and slower processor compared to similarly-priced phones like the Redmi Note 10 Pro. Plus, it misses out on 5G and stereo speakers.

The Realme 9 is for people who want flagship-level imaging on a budget. So, does the image quality from the 108MP camera stand up to the hype? If it does, is the image quality worth the compromise with other features? Well, here is what I think about it.

Starting with the brightness, the content on the display is clearly visible under direct sunlight. The display is clearly not as bright as the Apple iPhone 13 Pro that I use, but that’s only to be expected. Even though the display has a 90Hz refresh rate, it behaved like a 60Hz unit a lot of times; there was plenty of stutter for a 90Hz display. We suspect that this issue has to do more with the SoC not being able to push enough frames rather than the display itself. I will talk more about that in the performance section of the review.

The Realme 9 weighs less than its competitors while having a similar battery capacity. However, despite its lower weight, the phone doesn’t feel as comfortable as some of its competitors. It is mainly because of the side profile design: it doesn’t offer enough grip and has sharp edges around the screen.

Moreover, the buttons wobble slightly and make a cheap noise when you keep the phone on a surface. While this isn’t a major issue, it certainly isn’t a pleasing one. Due to these issues, the Realme 9 doesn’t feel as premium as some of the other phones in the competition. However, most of these problems can be solved if you use a case.

The Realme 9 is the most affordable smartphone in India to offer a 108MP camera. It uses the brand-new Samsung ISOCELL HM6 sensor that hasn’t been seen on any other smartphone yet. According to Realme, it uses the NonaPixel Plus layout (3×3 binning), which captures 123% more light compared to the Samsung ISOCELL HM2 sensor used in other phones. While all that sounds good on paper, is it any good in real life?

Well, it indeed is. In fact, the image quality offered by the 108MP camera of the Realme 9 is the best in INR 20,000 price segment. The pictures taken with the primary camera in daylight are bright, the colours are spot-on, and the images have plenty of details. These pictures are actually very close to what you see with the naked eye. It is also worth noting that the images taken from Realme 9 were very close to what I got with my iPhone 13 Pro.

The image quality is really good even in low-light conditions. You get bright photos that have colours close to real life and a good amount of details.

As for the portrait images, the camera cannot perfectly distinguish between the subject and the background. As a result, the camera blurs the parts of the image that shouldn’t be blurred, such as hair and the lining of your clothes. That being said, the issue is not very prominent and it is perfectly passable for a phone in this price segment. Moreover, the phone failed to activate the Portrait effect if the subject is standing more than six feet away. So, you can’t shoot a portrait image of a full view of a person.

While the 108MP camera captures pretty good images in daylight and lowlight conditions, I do have to say that the images are only marginally better than what you get from 64MP cameras in phones like the Redmi Note 10 Pro. You will have to compare the images from Realme 9 and the Redmi Note 10 Pro side by side to see any tangible difference.

Where I was disappointed by the Realme 9 is that it can record videos only up to 1080p resolution at 30 frames per second, and even those videos aren’t any good. The EIS doesn’t work properly and as a result, you get shaky videos. Other smartphones in the segment offer a much better video recording quality. In my opinion, video recording quality matters as much as image quality does. If you look at both, the image and video quality, the Realme 9, despite its amazing camera hardware and really good image quality, does not have the best overall camera performance in the segment.

The images captured using the Realme 9’s 8MP ultrawide camera have over-saturated colours and lack fine details. However, other smartphones in the price segment offer similar image quality from their ultrawide cameras. So, I won’t complain here.

There is also a 2MP macro camera onboard which allows you to capture images of a subject from a really close distance (4cm). However, the image quality is pathetic. The pictures are not bright enough, the colours are dull, and the details are poor. Overall, I would say that you would be better off using the phone’s 108MP primary camera in the 108MP mode and cropping in for much better image quality.

The 16MP selfie camera of the Realme 9 is on par with the competition. The images are bright and have good colour accuracy and plenty of details. However, there is a slight amount of noise even in the images captured in daylight conditions. The selfies did have a lower dynamic range compared to high-end phones such as the Apple iPhone 13 Pro and the Galaxy S22+. However, that is to be expected at this price point.

The Realme 9 packs one of the least powerful processors in its price segment, the Qualcomm Snapdragon 680, and this is evident in the real-life performance as well. The phone has a 90Hz screen, but animations and transitions stutter due to the lack of enough graphics processing power. I think there is no point in offering a 90Hz screen when the SoC isn’t powerful enough to drive it seamlessly.

Moreover, the Realme 9 takes significantly more time to open and switch between applications compared to the competition while also stuttering when performing those actions. It is not like the phone freezes when you perform heavy multitasking but it certainly doesn’t feel smooth. Realme had to compromise with the processor in order to accommodate the 108MP camera in the budget, but is that worth it? Well, more on that in the verdict.

The Realme 9 comes loaded with the Android 12 OS and Realme UI 3.0 customisation. What I liked about the Realme UI 3.0 customisation is that it offers plenty of useful privacy features such as App Lock, Hide Apps, Private Safe, and System Cloner. It also has a ton of features—Flexible Windows, Quick Return, Quick Launch, Smart Sidebar, Kid Space, and Simple Mode—that will make it easy for you to use your smartphone.

Along with all these features, the software offers plenty of customisation options to personalise the UI according to your taste. This includes the ability to change how icons and quick settings toggles look, apply different theme packs, personalise Always-On Display, UI accent colours, fingerprint animation, and edge lighting.

What I did not like about the Realme 9’s software is that the phone comes with a ton of bloatware apps and services. It was loaded with a number of third-party apps that I would never use. Many of these apps are free and would show you advertisements. Fortunately, most of these apps can be uninstalled. I also did not like how the Realme UI 3.0 looks. It just doesn’t look polished enough. In comparison, MIUI looks way more consistent and organised. However, these issues aren’t deal-breakers by any means, and there might be users who like Realme UI 3.0 over MIUI 13 or One UI 4.0.

The Realme 9 offers exceptionally good battery life, thanks to its 5,000mAh battery and a power-efficient processor. One full charge lasted me more than a day and a half with about eight hours of screen-on time. This included browsing the web, using social media apps, messaging, calling, taking pictures, and also about half an hour of benchmarking. Filling up the battery is equally impressive. The phone takes about 70 minutes to charge an empty battery to a full charge.

Like I said earlier, Realme had to cut down the processor and display in order to accommodate a 108MP camera in the budget, and that reflects in the real-life usage as well. The Realme 9 does offer better image quality from the primary camera than the competition but at the same time, it has below average video recording quality while also having a slightly slower performance and an inferior display than its rivals.

So, the question is, is the camera performance good enough for you to compromise on the processing power and the display? I don’t think so. It is not worth settling for a processor which is not powerful enough to drive the display at its native refresh rate.

I would prefer getting the Redmi Note 10 Pro over the Realme 9 as it offers a satisfactory camera performance while also having faster performance, smoother display, better speakers, and better build quality (an IP rating).

While the Realme 9 offers the best camera performance in its price segment, it also has a slower performance and an inferior display than its competitors. Along with it, the phone also misses out on features like stereo speakers and IP rating that the competition offers. I think it is not worth to compromise on the performance and the display for ạ camera performance that is only marginally better than the competition. If you want a device under INR 20,000 that performs well overall, you should look at something like the Redmi Note 10 Pro.