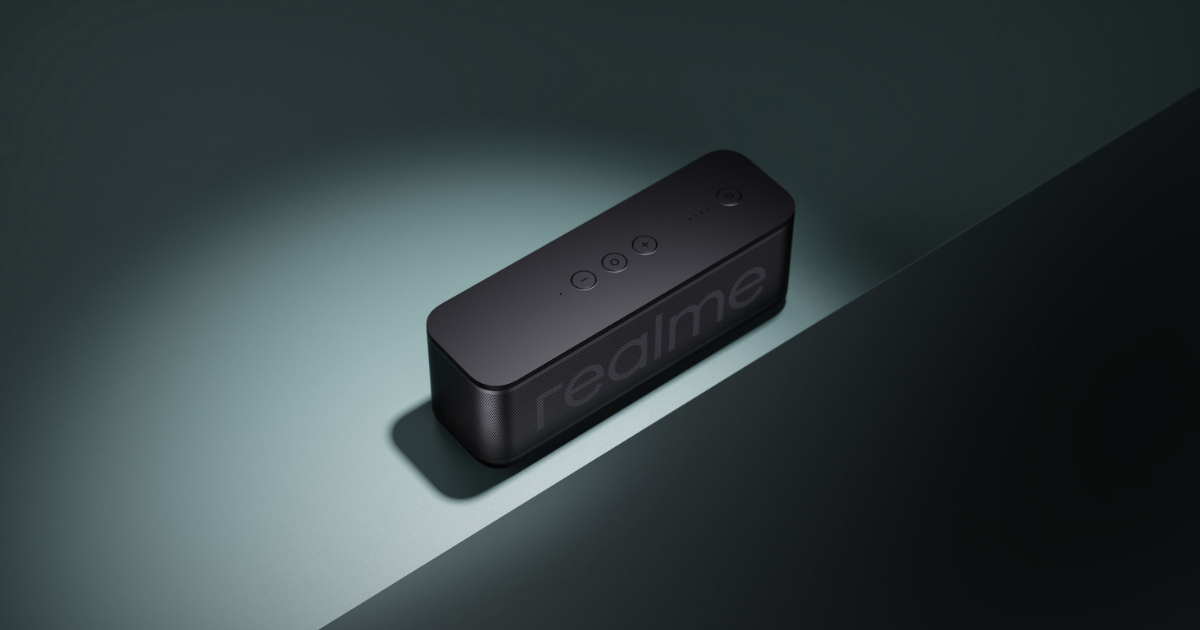 In addition to the Realme GT Neo 2 and Realme 4K Smart Google TV Stick, BBK Electronics’ subsidiary introduced a bunch of audio products and gaming accessories today in India. First up is the Brick Bluetooth Speaker, which is accompanied by a new green variant of the Realme Buds Air 2. For those aiming to score more in COD Mobile and BGMI, Realme has announced its Mobile Game Trigger, Cooling Back Clip Neo, and Type-C SuperDart Game Cable.

Realme’s wireless speaker houses two 10W drivers. According to the company, the speaker is equipped with two passive radiators to enhance bass. It hooks up to your smartphone or tablet over Bluetooth 5.0. Realme has added a low-latency mode to ensure that audio and visuals remain in sync.

The speaker offers three equaliser presets. Plus, you can personalise your audio profile further via a companion smartphone app. These speakers can be daisy-chained to achieve stereo sound. The Realme Brick Bluetooth Speaker is equipped with a microphone to receive a call. The gadget is rated IPX4 for water resistance. Realme claims that the device’s 5,200mAh lasts up to 14 hours on a single charge.

Along with the speaker, Realme also added a new bright green variant to its existing Buds Air 2. Launched in February 2021, these earphones were earlier available in black, white, and gold.

The Cooling Back Clip Neo, as its name suggest clips onto the back of your smartphone. It is designed specifically to drive the heat away from your smartphone. According to Realme, the accessory’s built-in fan can reduce the phone’s surface temperature by up to 14 degrees celsius. This should ideally delay the thermal throttling meant to keep the processor’s temperature in check. To fit most smartphones, the Cooling Back Clip Neo has a retractable clamp that can stretch between 64mm and 85mm.

If you play battle royale games on mobile, you might want to check out Realme’s trigger accessory. It allows you to move firing, zoom, or other controls at the back of the phone. As a result, your thumb doesn’t have to switch between movement and gun controls. As per the company, the trigger uses zinc alloy buttons to deliver proper tactile response and reliability.

Realme has tailor-made a cable for those who juice up their handsets while gaming. Unlike regular cables that get in the way of how you grip your phone, the Realme Type-C SuperDart Game Cable comes with a narrow elbow design. Realme claims that the cable is slim and doesn’t get tangled easily. For durability, it is braided with nylon. With the right combination of charger and phone, Realme’s cable can deliver up to 65W fast charging speeds.

All these gadgets and accessories will be available for purchase starting October 18. The Brick Bluetooth Speaker is priced at ₹2,999. The newly announced green variant of Buds Air 2 has a ₹2,399 price tag. The Cooling Back Clip Neo can be bought for ₹1,799. The Mobile Game Trigger will set you back for ₹999. Lastly, the Realme Type-C SuperDart Game Cable is pegged at ₹599.