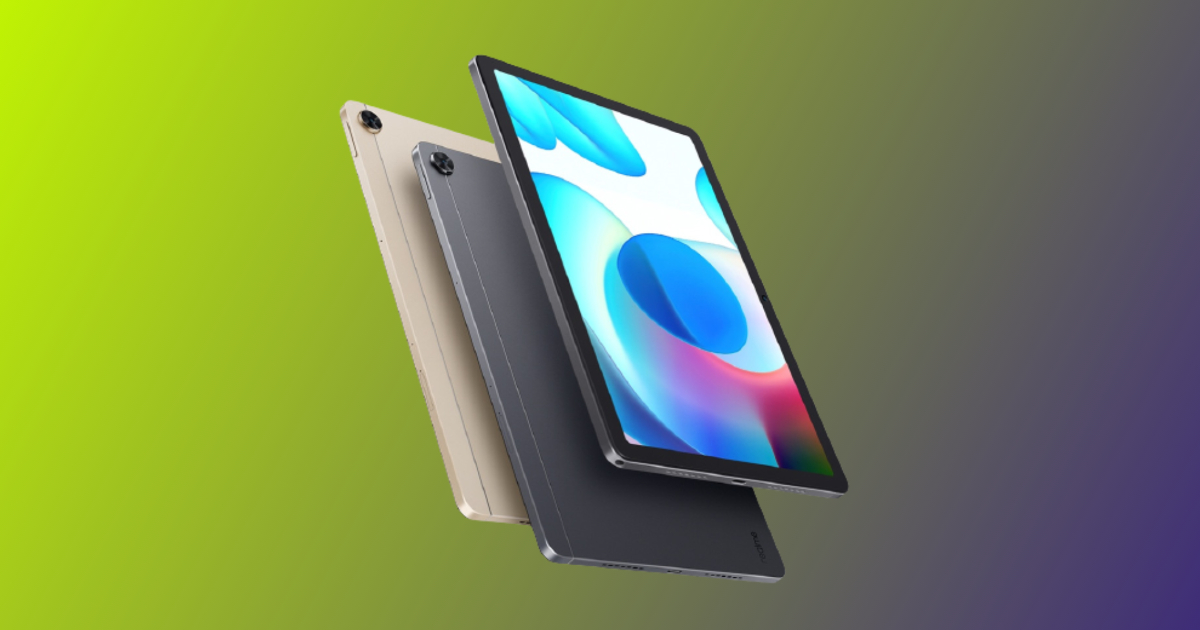 Alongside the Realme 8s 5G and the Realme 8i, Realme has also introduced its first tablet in the market dubbed as the Realme Pad. The Realme Pad features a 10.4-inch WUXGA+ display that has an 82.5% screen-to-body ratio. Under the hood, the tablet is powered by MediaTek’s octa-core Helio G80 SoC (System-on-Chip). It packs up to 4GB of RAM and 64GB of internal storage. You can choose the Realme Pad in either Wi-Fi only or the Wi-Fi + LTE version. The tablet also has microSD card support for extra storage expansion up to 1TB.

The Realme Pad 4G model will be available via Flipkart, realme.com, and authorised offline stores starting September 16, 2021. The company is yet to reveal the availability of the Realme Pad 4G + Wi-Fi variant. The Realme Pad comes in Real Grey and Real Gold colours variants.

The Realme Pad sports a 10.4-inch LCD display with WUXGA+ resolution (2,000 x 1,200 pixels), up to 360 nits brightness, and an 82.5% screen-to-body ratio. The tablet is equipped with a MediaTek Helio G80 processor, 3GB/4GB of RAM, and 64GB of internal storage. The Realme Pad also has a microSD card slot. On the software front, the Realme Pad runs Android 11 out of the box with Realme UI skin on top.

A 7,100mAh battery fuels the tablet and has support for 18W fast charging as well as reverse charging. The Realme Pad has an 8MP camera at the front and back. The tablet also features a quad-speaker setup with support for Dolby Atmos, Hi-Res Audio, and Adaptive Surround Sound. Connectivity features of the tablet include 4G LTE (optional), Wi-Fi b/g/n/ac (2.4GHz + 5GHz), Bluetooth 5.0, GPS, GLONASS, and a USB 2.0 Type-C port. The tablet measures 246.1 x 155.9 x 6.9mm and weighs 440 grammes.