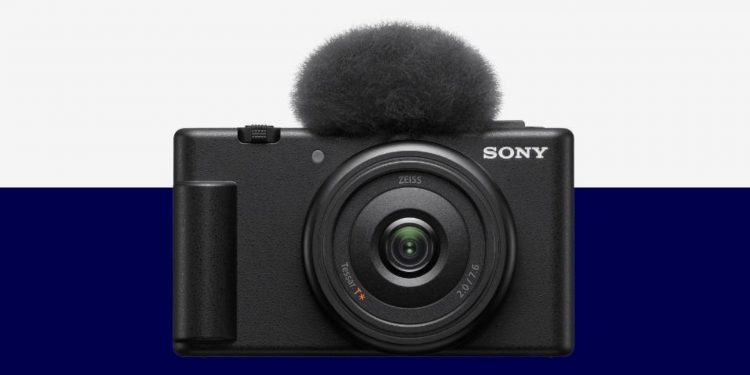 The Sony ZV-1F is a new point-and-shoot camera for vlogging that is geared towards newcomers and has an affordable price point. The ZV-1F is Sony’s third camera designed particularly for vloggers, and it is the most economical of the bunch. It shares several similarities to the Sony ZV-1, including the identical 20.1MP 1.0-type (13.2mm x 8.8mm) Exmor RS CMOS sensor. The Sony ZV-1F will be available in late October for $500. Let’s take a look at Sony’s new point-and-shoot camera, its characteristics, features, pricing, and all we know so far.

The Sony ZV-1F vlogging camera costs $500 and will be available from October 24, 2022. The Sony Vlogger Accessory Kit, which includes a Wireless Shooting Grip and a 64GB memory card, can be purchased separately or in conjunction with the ZV-1F.

For starters, the ZV-1F utilizes a 20.1MP 1.0-type 13.2mm x 8.8mm Exmor RS CMOS sensor. However, this time around it has a 20mm (35mm equivalent) f2.0 fixed prime lens. The new lens has a broader field of vision, making it ideal for content creators. Sony includes a range of image profiles, including S-Log2, S-Log3, and HLG, with the new point-and-shoot camera, although it’s worth noting that the ZV-1F can only record in 8-bit 4:2:0.

There is no built-in stabilisation, however, electronic stabilising is used, which imposes a 1.23x crop. To keep costs down, in contrast to most Sony models, the new Sony ZV-1F only offers contrast-detect autofocus, rather than phase detection. The ZV-1F can also record vertical videos for artists who prefer a portrait or vertical viewpoint, making it suitable for apps such as Instagram, TikTok, and YouTube Shorts.

On the audio front, the camera includes a built-in directional 3-capsule microphone with a windscreen. Customers can also attach an external microphone via the 3.5mm mic connector, however, there is no hot shoe. Surprisingly, the camera lacks the ability to capture photos in RAW format, does not support 4K 60FPS recording, and misses out on a headphone connector for monitoring audio levels.

The ZV-1F features a compact and lightweight body, weighing only 229 grams, with an articulating screen for self-recording. Users can connect the camera to a computer through Type-C for live streaming, but keep in mind that the resolution is restricted to 720p at 30 frames per second.